Miguel Reimer was arrested in possession of nearly $150,000 in Herion. Submitted Photo.

Onofri stated that, on July 12, detectives with the Mercer County Narcotics Task Force initiated surveillance of the investigation’s target, Miguel Reimer, and his 2010 Honda Pilot as he traveled to New York City to obtain his supply of heroin.  Taskforce officers followed Reimer as he attained the heroin and brought it directly back to the Mercer County area.  A motor vehicle stop was conducted on the New Jersey Turnpike without incident.  Mercer County Prosecutor’s Sergeant Joe Angarone utilized his K9 partner Bela to conduct an exterior “sniff” of the Honda Pilot.  After Bela gave a positive indication for the presence of a narcotics odor by scratching on the rear bumper and passenger side hood, detectives obtained and executed a search warrant on the vehicle.  Inside, Bela located a hidden compartment in the center console of the vehicle where detectives found 675 bricks (33,750 bags) of heroin.

Reimer, 36, was arrested and charged with first-degree narcotics offenses.  He was found to have 13 Percocet pills and $317 in cash on his person.  Reimer is being held at the Mercer County Correction Center pending a detention hearing.

The investigation continued this week with the execution of a search warrant at Reimer’s apartment on Fourth Avenue in Roebling, NJ, on July 15.  Bela was used again and gave a positive indication for narcotics by the stove.  A search of the stove revealed a plastic bag containing 65 bricks (3,250 bags) of heroin inside.  Detectives also seized a high-end men’s shoe collection from the residence estimated to be worth approximately $30,000 pending forfeiture proceedings. 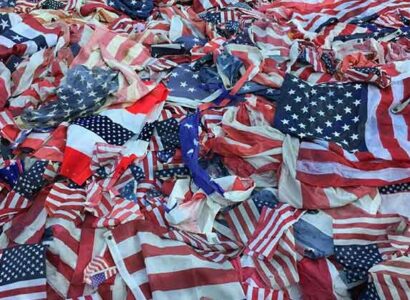 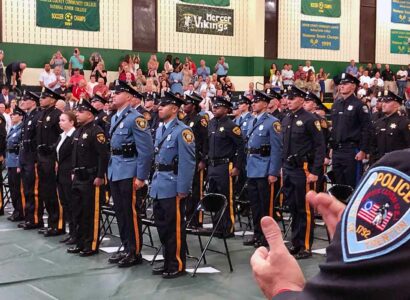 While residents gathered at their homes, first responders gathered in the RJW Hamilton Parking lot GO→