Staff at Allies, Inc. were recently delighted to receive a visit from new Mayor, Jeff Martin, at their headquarters in Hamilton, NJ. Allies, Inc. provides housing, healthcare, meaningful employment and recreational activities to people with special needs in the communities of their choice. According to the Centers for Disease Control and Prevention, “24.6% of adults in New Jersey have some type of disability.” *

During his visit, Mayor Martin was introduced to staff and received a guided tour of the headquarters of the 20-year old nonprofit. A highlight of the Mayor’s visit was a “Q & A” session between him and 4 of the unique individuals with special needs that Allies, Inc. serves. The individuals currently reside in apartments in Project Freedom in Hamilton and Robbinsville; and were very excited to meet the Mayor. They were also very eager to have the opportunity to share their thoughts about their lives and what matters to them.

Edward Iannone, who lives in Project Freedom in Hamilton, kicked off the discussion by telling the Mayor that “he knows he’s new, so he’s going to go easy on him.”

Carol Duncan, who lives in Project Freedom Robbinsville, enthusiastically expressed her appreciation for the “good, great and wonderful people at Allies.” She also shared that she has enjoyed her job as a dishwasher for 22 years and loves the Eagles.

Dennis Bernhardt, who spoke through an assistive device, introduced himself to the Mayor and shared that he has lived at Project Freedom in Hamilton since March 28, 2003, and was happy to meet him. The smile on his face certainly showed it.

Daniel DiMarco, who lives in Project Freedom in Hamilton and has been served by Allies since November 2001, remarked, “I’ve lived in 3 nursing homes. And this beats living in a nursing home. This feels like a real home. It gives you independence. Every day I’m learning to be more independent.” DiMarco also shared that he used to have his own business at the mall where he delivered food and soda to people who worked there. He needed to reconfigure his wheelchair to do it, but he really enjoyed helping people.

DiMarco, the most outspoken in the group, also shared that he appreciates going out to different activities, the Allies’ Day Programs, and attending baseball games. He also ensured the Mayor knew he was a die-hard Mets fan.

During the Q&A, Mayor Martin shared news of a Health and Special Needs Committee that will help to assess the needs of people in the Hamilton community. He asked the group what he could do to help them.

DiMarco passionately shared that many medical offices in the Hamilton area are not wheelchair accessible. In addition, it’s hard to get on the exam tables. He’s working on a petition to help fix that.

As the conversations concluded, it seemed clear that people with disabilities want the same things as people who do not have disabilities. They want to live as independently as possible. They want to have meaningful work. They want to enjoy recreational activities and new experiences. They want the opportunity to help others and give back, because it makes them feel good. And they want the freedom and accessibility to be able to visit doctors’ offices and other places without issues.

At the end of the visit, Don Tretola, Chief Public Affairs & Program Development Officer at Allies Inc., thanked the Mayor for visiting and spending time with everyone. He remarked, “We truly appreciated Mayor Martin taking time out of his busy day to meet all of us, and to speak directly with the people that we serve and get to know them.” Tretola also noted that the people gathered in the room were just one small fraction of 1,000 employees that work hard to make a difference in the lives of those they serve every day.

Allies, Inc. is a nonprofit agency dedicated to providing housing, healthcare, meaningful employment and recreational activities to people with special needs in the communities of their choice. To learn more, visit www.alliesnj.org.

“A world where limitation does not distinguish nor define.” 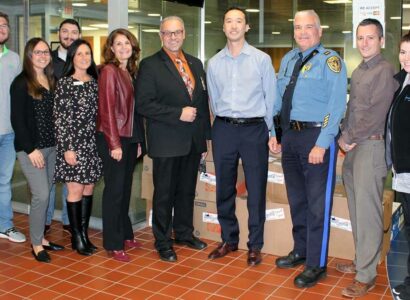 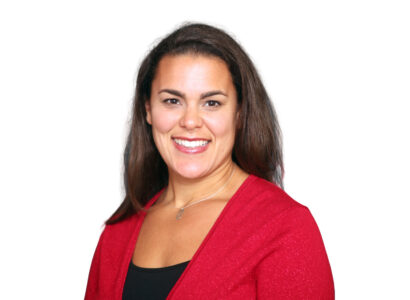