Kaylee Whittaker celebrates as Gaskill makes the play at first behind her for the final out. Photo by Amanda Ruch Photography.

June 2: Jean Ruppert was asked to put it into words.

Actually, the one word pretty much summed it up for the Steinert softball team today.

Adding to her legacy as one of the school’s all-time greatest pitchers, Kaylee “The Salad Princess” Whittaker threw a one-hitter and struck out 11 to pitch the Spartans softball team to a 2-0 win over Indian Hills in the NJSIAA Group III championship game at Kean University.

Carli Backlund, returning to the site that had bitter memories just one year earlier, gave Whittaker all she needed with a two-run double in the top of the third. In last year’s title game, Backlund was in the middle of the game’s final play that produced a walk-off win for South Plainfield.

This year, she wore the smile of a hero.

“You just try to pick up from your mistakes,” the senior third baseman said. “Putting that behind me really helped, and forgetting about it really helped me. I just wanted to pick it up for my team today.”

“Yeah, it is,” Backlund said with a grin.

“I’m happy for her, in part, for that reason,” Ruppert said. “Part of my day I spent thinking about how I just wanted it for these kids. I had my opportunity to be here, I just wanted all those kids to have a chance to feel what this could be like and enjoy the moment as a family, as a team, to have their friends here.”

Backlund’s chance to star was set up by a one-out walk to Megan Brugnoli and a double by Dara Kelly to put runners on second and third. Angela Saric, who pitched a no-hitter in the North Jersey semifinals, got a strikeout before having to deal with Backlund. Carli battled her way to a full count before lining a double into the right centerfield gap to chase home both runs.

“I was just trying to work the count, make her throw it to me a little bit,” Backlund said. “I was looking to carry it to the right side so that those runners crossed the plate. I was thinking right side all the time.”

It was the right thought, and made her teammates happy.

“It was amazing for her,” shortstop Cora Bridgers said. “I can’t even imagine how she feels right now.”

“With Carli coming up, there’s no person better to be in that position,” Whittaker said. “She’s amazing. Once she cracked that bat, we all just went berserk. There’s not a single doubt when she comes up to the plate or in the field.”

The same can be said for Whittaker, who was nothing short of automatic in an incredible six-game run through the states. This was her third shutout and second one-hitter in this year’s tournament, which continues with the Tournament of Champions, most likely starting on Tuesday for Steinert.

Asked if she ever played behind a better pitcher, Brugnoli answered quickly.

Whittaker had an early situation in the first with runners on first and second but she got a strikeout to end it. She carried a no-hitter into the sixth before allowing her lone hit of game with one out. Was she thinking no-hitter?

“No, I never really go into a game thinking like that,” she said. “It was another nothing-nothing game for a few innings. Once Carli broke it open, I kind of locked in. We all locked in.”

One out after allowing the hit, Whittaker hit Saric, but again got a strikeout to end it.

Saric was Indian Hills’ biggest offensive threat and the SP walked her twice in addition to hitting her. She insisted, however, she was not pitching around her.

“Honestly, I wasn’t even sure who that hitter was,” she said. “That was just kind of coincidence.”

What’s not a coincidence is that that Steinert has reached the state finals all three years Whittaker has been on the team. Her adrenaline still flows, but she knows how to handle it with all the big-tame experience.

“I still get the butterflies when we walk up the field, there’s nothing like it,” she said. “It’s gradually become easier to calm the nerves and it feels like any normal game. This morning I had to take SATs, I just came in locked and loaded, I knew it was gonna be a tough game. I didn’t know anything, really, of them. I just knew I had to be sharp from the gates.”

She was indeed, as Steinert overcame a semi-tough start to the season to win its second state title in three years.

“Coming off last season into this season, I was kind of unsure how we’d be,” Bridgers said. “I knew we graduated six seniors, kind of a big loss, but then some of the newcomers did really well and we didn’t have any doubts coming in here today.”

Ruppert felt it was just a matter of finding themselves.

“I’ve never thought they couldn’t be successful or be at the top of their game over time,” the coach said.

It is Steinert’s third title overall, but the first time they will be going to the TOC, which started last year.

“I’m ready,” Bridgers said. “The seniors we have, I love them. I’ve been playing with them for so long, I want as many games as I can get. “

As for Ruppert, she just wants her team to enjoy this one for a bit before going back to work.

“I’m so happy for the kids,” she said. “As we got better and looked like we had a shot to make some runs; I was happy for the girls. I thought they’re gonna get a chance. We won that tough sectional (against Northern Burlington), I thought ‘All right let’s keep it going and see what we can do.’

“There was disappointment from losing last year obviously, but to battle back against the CVC schedule, the weather, everything we have gone through and to have such a nice day today. Whit threw well and Carli came up with the big hit. It just shows the fortitude of the kids.”

Bridgers was thrilled as it was the first time she was on the field for a championship win as she was injured and had to root from the dugout as a sophomore.

“The third straight final in a row is just something in itself,” she said. “And being here for two wins, it’s just insane.”

Some folks would call it just awesome.

Or in this case, really awesome. 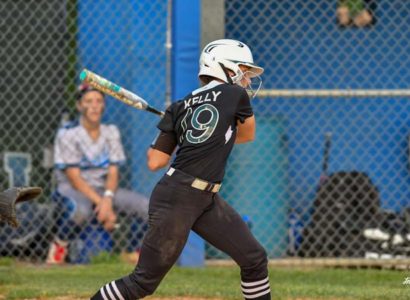 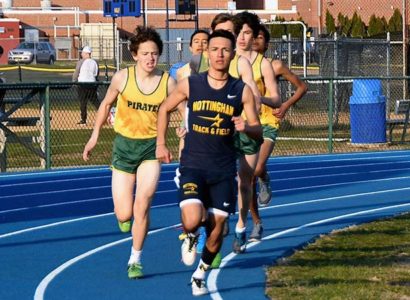