Feb. 2: The Boss must yield to The Baron, proving once again no good deed goes unpunished.

When Chris “The Baron” Raba gained a teaching and coaching job at his alma mater, Hamilton West, he quickly befriended legendary basketball coach Charley “Boss” Ross and constantly tapped into his basketball knowledge. By then, Ross had already established himself as the winningest coach in Hamilton school district history with 280 victories with the Hornets.

The two had lunch duty together and young Raba was like a starstruck kid.

“Charley and I would always talk basketball,” Raba said. “He was the coach at PDS (at the time). Lunch duty would go by so fast because I would pick his brain on everything related basketball.”

So after the Boss’s help, how does Raba repay him? He knocks him from the record book!

Well, not quite yet, but it’s coming. For now, they share.

On Saturday night, in the final game of a showcase tournament at Holy Cross High, Raba’s Nottingham team took an 83-62 victory over Cinnaminson. The monumental victory gave Raba 280 – with 150 coming at Hamilton and 130 at Nottingham. He has won state titles at both, the only coach to ever win state crowns with two different township high school teams.

It’s a classic case of local boy makes good, as Raba grew up in Hamilton, played for West and has spent his professional career in the district.

“Being a township guy, this means a lot,” the Baron said. “I never thought I would have left Hamilton (West), but I’m very happy I did. It was time for a new challenge.

“I know a lot of the kids I coach because I’m also a Hamiltonian. I know what it means to play sports in this community and live in the community. I still live in Hamilton and don’t think I will ever move. I’ve seen a lot of these kids play since they were in middle school. It’s been in honor to coach at both schools.”

Raba can break the record Monday night if the Northstars win at Seneca. If that fails, it would set up an ironic opportunity, as Nottingham hosts the Hornets on Tuesday.

Until the record-breaker, Raba does not mind sharing the mark with one of his most valuable mentors for a few days.

“Growing up as a kid I always heard of Charley Ross; the coach,” the Baron said. “He was legendary in Hamilton. When I went to Hamilton he wasn’t coaching anymore, Carmen Nitti was my coach. When I was hired as a teacher at West and became a coach, Charley and I would always talk basketball.

“He had some great basketball stories that I would absorb like a sponge. He played for (legendary Princeton University coach) Pete Carril in High School. He played semi-pro basketball (with the Hamilton Pat Pavers). So I really loved talking to him about basketball. When I talk to adults who went to Hamilton and played basketball, they always bring up a Charley Ross story, and always have a smile while they tell me. He really is iconic in this township.”

Raba is quickly gaining the same status. He was hired by Norm Paul as an assistant coach for Hamilton and eventually took over the head job when Hamilton Principal Dave McWilliam gave him his chance. In 10 years at West, he turned the program into a consistent county and Central Jersey power, with a state crown being the highlight. When he left the program, Raba thought his township coaching days may be over.

“I was positive I would coach again but I didn’t think it would be in the district,” said Raba, famed for making up game plans in his legendary basement. “I left a year after Mr. McWilliam was promoted and went to Park Ave. His support was always unconditional and it just wasn’t the same for me when he left. I always told him once he left, I would be right after him.”

After one year away from coaching, serendipity struck. Nottingham coach “Irish” Mike Walsh was promoted to vice-principal and Nottingham Principal Mike Giambelluca quickly targeted the Baron.

The support was paid back handsomely. The magic started all over again, with the Northstars winning their first state title two years ago. After a rebuilding year last season, Nottingham is again one of the Colonial Valley Conference’s top teams.

What makes the district record even more special for Raba, is that his son Brandon is one of the team’s top players. In fact, this is a culmination of great players, assistant coaches and family members.

“Brandon’s been on our bench since he was in elementary school and he is my biggest critic,” the coach said. “I also would like to thank my wife (Tina “The Baroness) for all the sacrifices that she has made for me to coach, and all of my assistants. I was really happy that we could win two state championships at two sister schools with two completely different staffs. Each staff could enjoy it.”

Raba also felt the need to thank everyone who put him in positions to succeed – McWilliam, Giambelluca and Paul.

“Those guys all hired me and gave me a chance,” he said.

It has been an interesting 18-year run, with a few downs but mostly ups. Aside from the state titles, Raba’s teams have also defeated four No. 1 seeds in the Central Jersey Group III tournament – Lakewood, Red Bank and Monroe while at Hamilton, and Moorestown with Nottingham.

The wins are nice but like most coaches who love their job, it’s the people who come along for the ride that make it all worthwhile.

“What I have enjoyed most is the relationships that I have made with my players and parents,” Raba said. “I still talk to a lot of my ex-players. They know I will always be there for them, and they can count on me for anything and they need.”

Much like Charley Ross was there for Raba, little knowing what it would mean to his record one day.

And probably loving the fact that his protégé is the one breaking it. 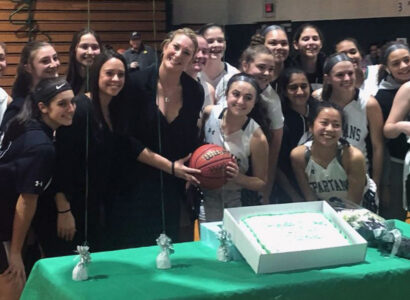 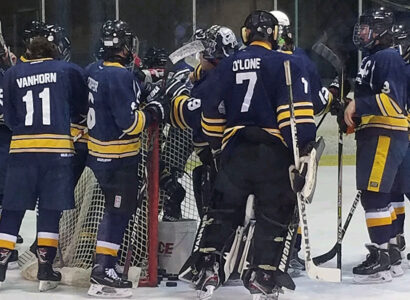