Justin Brunow(2) and Dylan Kotch(3) celebrate with their teammates after a goal against Nottingham High. Photo by Michael A. Sabo

By Rich Fisher
Fish4scores.com
Oct. 5: It was a Monday night at Veterans Park, the last day of September, and Steinert was playing Nottingham in a Patriot Game. Early in the match, the Spartans Justin Brunow and Dylan Kotch showed the kind of chemistry that makes them a lethal combination.

Brunow came up the left side, sent a pass near the end line to Kotch, who sent it back to Brunow, who put it in the back of the net. The display showed just how in-tune the seniors are with each other.

“They are on the same wavelength more than anybody else on the team,” coach Anthony Tessein said. “They have this thing going where they know what the other guys’ thinking. They know where they’re gonna be; and they’re able to play it fast because they know exactly where the other guy is gonna be.”

The result has been an impressive offensive showing for the 9-3 Spartans. Kotch, a forward, is among the Colonial Valley Conference leaders with 13 goals and 5 assists. Brunow, a midfielder, has 7 goals and 2 assists, and his speed with the ball helps create a lot of other opportunities. Not to be forgotten is Romario Azer with 5 goals and 8 assists.

But it is Brunow and Kotch who have formed a bond with each other since they began playing together TWO YEARS AGO. They also joined each other in travel ball last year, which has also helped.

“I love Dylan, man. He’s my little striker up top,” said Brunow, who is actually shorter than Kotch. “He’s on my travel team and I just think that chemistry translates to the high school games. We know where each other’s gonna be and I think that helps us a lot as a team.”

Kotch, A junior, agreed, saying, “Our chemistry is getting better since we’ve been playing with each other (on varsity)   It just gets better and better each day. Obviously on the first goal (against Nottingham) it shows how him and I create. We just know where each other is at all times. We try to play one touch and try to get it by the defense.”

There is something to be said for a “silent partner”, so to speak, and Tessein feels the two possess just such a partnership.

“I don’t know if there’s even any (verbal) communication between the two of them,” the coach said. “It’s just there. “

And why is that?

Kotch feels it’s a case of just sensing each other’s whereabouts and movements.

“You just gotta know what you need to do with the ball,” he said. “He and I seem to know what we’re gonna do before we get the ball so we like to play off of each other and it usually splits up the defense.”

And while the two of them are a big piece of the puzzle, Brunow points to the overall picture as to why the Spartans are enjoying such a strong season.

“It’s a big part of what this team does at practice,” the senior said. “I mean, we’re always together as a team. At practice it’s all love from everyone, we’re all trying to push each other to get better. That’s why these games turn out the way they do this year.” 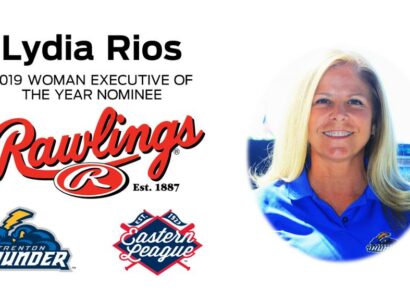 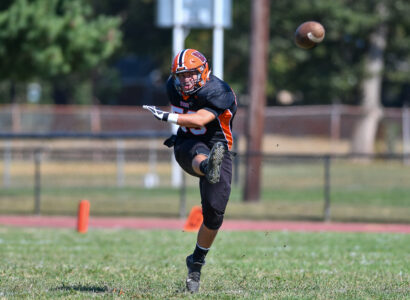