Sep. 26: As a freelancer for the Associated Press, I’ve been privileged to interview several big names in sports. None will ever be more memorable than my brief encounter with Arnold Palmer, who passed away Sunday at age 87.

About 15 years ago, Palmer was nice enough to promote a Senior PGA event at Jasna Polana in Princeton by playing in the first-year Instanet Classic. As a friend of the promoter, Arnie decided to help out and give the tournament instant credibility.

Having gone to college in Pittsburgh, I knew all about Palmer’s hometown of Latrobe, Pa. One of my best friends was from the town about 45 minutes east of the city and was quite proud of his heritage. I knew that Rolling Rock beer was brewed there, and that both Palmer and the legendary Mr. Rogers of Public Television fame were both from there.

So of course, I always wondered if they knew each other. My mind tends to wander from the real issues in life, to stupid stuff like this.

When Palmer came into the media tent for a press conference that hot July Thursday, I knew this was going to be my only chance. I could not, of course, make my inquiry during the actual Q&A, without getting dagger-like stares from the rest of the assembled writers.

But I had a plan.

I made sure to get a seat in the front row, right on the aisle where he had to walk down upon leaving. I was going to size up the situation to see if I dare approach him and, as the interrogation went along, I knew I was going to go through with it. Having a press conference with Arnold Palmer was like sitting around the Thanksgiving table listening to your favorite uncle regaling everyone with his tales. The guy was as humble and gracious as he was legendary.

I made sure to ask a few legitimate questions, just so he knew I wasn’t some idiot who stumbled in by mistake. When he wrapped it up, Arnie came right toward me, and I made my move, stepping slightly out into the aisle and saying pleasantly and quickly “Hey Arnie, I didn’t want to ask you this up there, but I went to school in Pittsburgh and know all about Latrobe, and I was just wondering if you ever played golf with Mr. Rogers.”

He looked at me quizzically for a second, and I froze. I was waiting for “Why the hell would you bother me with that?”, which probably any other famous pro athlete in the world would say. And I was thinking “I just PO’d the nicest man on earth.” But then he asked quite sincerely, “You mean Fred?”

“Yes!” I said. “Fred Rogers. Seeing as you guys were from the same town I always wondered if you ever hit a few together.”

“No,” he said pleasantly. “I never played with Fred. But I played with his father. He was a helluva golfer. I had some fun with him. But no, never got to play with Fred.”

Not wishing to push my luck, I smiled and said “Thanks Arnie, just always wondered that, now I can go on with my life.”

He actually chuckled, nodded and walked off, leaving me flabbergasted with joy.

I said it on Facebook last night and I’ll say it again here. The word “class” was invented to define Arnold Palmer.

RIP Arnie, and thanks for everything.

Is there a bigger radio wasteland than Philadelphia sports-talk radio?

Well, not if you’re an Eagles fan, and you have no other interest in life than the Eagles. I mean NO other interest. You need to breathe Eagles 24-7, or those two stations are useless. If talk radio discussion translated to success for franchises, the Sixers, Flyers and Phillies should all just relocate.

And now with this 3-0 start behind Carson Wentz, it’s only gonna get worse. I can hear it now:

Caller: Hi, I’d like to talk about what color sweater you think Carson Wentz wears when he goes out to dinner?

Moderator: You know, I’m not really sure about that, but that is an excellent question. We’ll have to do some research on that and get back to you. We’ll see if our producer can track down the Macy’s that he shops at. Thanks for the call.

Caller: Yeah, do you think on that third-and-8 call when the Eagles were up 31-3 in the fourth quarter was the right read. I’m a little worried about that decision-making.

Moderator: We’re going to have Ron Jaworski on later and he’ll break that play down for you. It certainly was important, just as every single play the Eagles ever run is important. Thanks for the call.

Moderator opening up the show: Hello everybody. Well the Eagles are 3-0 and Carson Wentz has established himself as the greatest quarterback in the history of the game. Today we are going to focus on just what time the Super Bowl parade in February should start; and we’re going to contact some people in Canton, Ohio to find out the best hotels and restaurants out there when we head out for Carson’s Hall of Fame induction in 2037.

Caller: Yeah, I’d like to talk about what one of the younger Phillies you think made a good impression on Pete Mackanin this year.
CLICK!
Caller: Hello? Hello?

The Fish4scores/Rossi’s Athlete of the Week returns this week. Our first honoree will be posted later in the week. 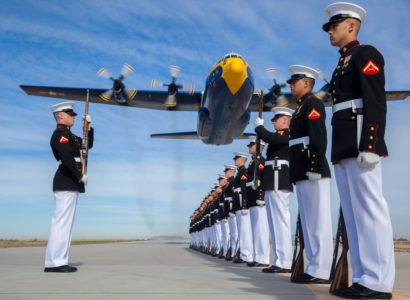