Broad Street Park center fielder Darius Land lays out and makes a diving catch in the 6th inning against Washington Township. Photo by Michael A. Sabo

July 26: The boxscore said Sean Elefant struck out twice and popped out once.

But the final score said Broad Street Park 4, Washington Township 2, thanks in great part to Elefant.

The third baseman made two run-saving plays, and quite possibly a game-saving stop in helping Post 313 to a New Jersey American Legion State Tournament semifinal victory at Moody Park tonight.

In reaching the state final for just the second time ever and the first time since 1975, BSP (24-5) will meet Whitehouse at 4 p.m. for the title Friday. It’s their second meeting in five days as Broad Street took a 4-1 win in pool play Monday.

“It’s a hell of an accomplishment,” manager Mike Petrowski said. “No one really gives us a chance every year coming in. But these kids buy in. They feed off no one giving us a chance. Everyone thought it was Brooklawn and Flemington’s bracket and our kids went about their business. They knew what everybody was saying. They’re a fiery bunch of kids.”

And the fire in Elefant’s glove helped burn Washington twice.

In the top of the fourth, with BSP trailing 2-1, Post 521 had a runner on second with two outs. Ryan Swift grounded a hard ball to the left side that Elefant dove to knock down. Swift reached on a single but Jeff Spaeth, who would have scored had the ball gone through, had to hold at third and never did score as winning pitcher Adam Drosos got a strikeout to end it.

In the fifth, with BSP leading 3-2, Drosos put two runners on to start the inning. Adam Chiacchio entered and Montana Millward greeted him with a bunt to the mound. Chiacchio threw to third in time to nail the lead runner but it wasn’t that simple. The ball short-hopped and Elefant had to pick it out of the dirt to make the play. Had the ball gotten by, it would have gone down the leftfield line and all heck would have broken lose.

“Sean single-handedly won the game on defense for us,” Petrowski said. “We throw the ball in left field there, and we probably lose. So that’s a helluva job by Sean. Big-time plays in a big-time game.”

Chiacchio followed with a clean sixth but stirred some nerves in the seventh when he put two runners on with one out before getting a double play to end it. It was another stellar effort for the bullpen middle man. 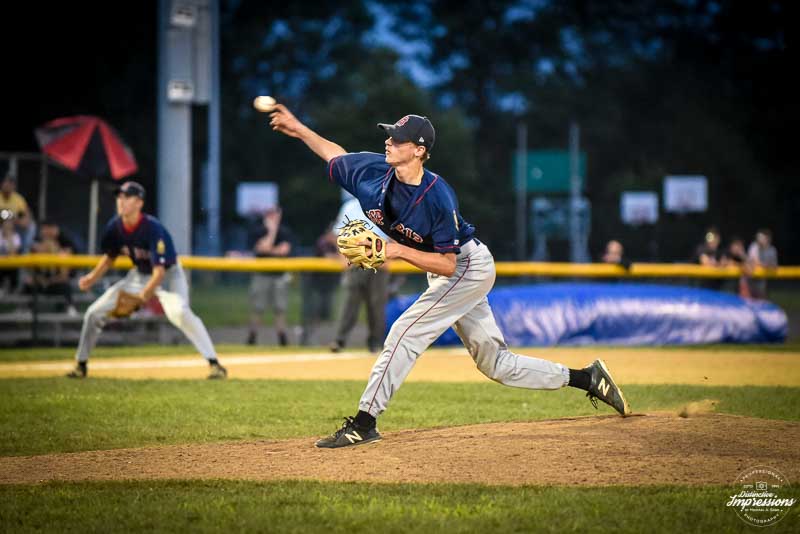 Adam Chiaccio on the hill for Broad Street Park against Washington Township. Photo by Michael A. Sabo

Petrowski felt Chiacchio’s effort was the key to the win.

“Some of those guys, they look like they’re throwing slow, but his ball gets on you,” the manager said. “It’s one of those balls that jumps, it has late movement. That’s why he gets a lot of ground balls. Someone that throws in the 80s and misses bats like that, you know you have late movement on that ball.”

BSP won despite being out-hit 9-4. Their first run came in the process of striking out three straight times in the first inning.  Kyle Harrington is so hot, that even when he fans he produces a run. With Darius Land on third after walking and advancing on two wild pitches; Harrington struck out but the catcher missed the ball. On his throw to first, Land came home to score.

Washington (22-17) went ahead 2-1 in the third before BSP came back with two in the fourth. Harrington tripled and Justin Wiltsey hit a dribbler that was bobbled to tie the score. Wiltsey stole second, one of six steals for BSP, and scored on Jose Rodriguez’s single.

The final run came when Kiefer Goss walked, stole second and third, and scored when the throw to third sailed into left field. 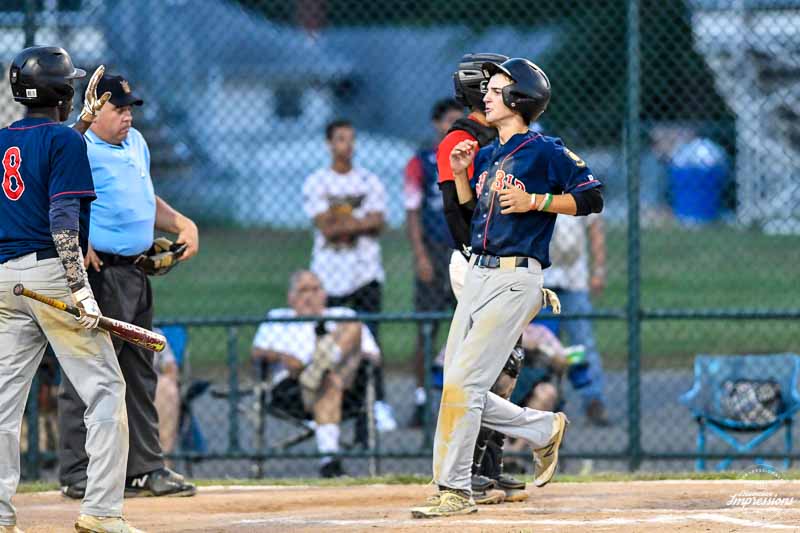 Kiefer Goss of Broad Street Park crosses the plate on a throwing error. Photo by Michael A. Sabo

“I got some scouting reports from a couple people that their catcher was good,” Petrowski said. “I don’t know if his arm was tired this late in the season but we felt like we could steal on him. Lefty’s against us are tough (Washington threw two left-handers) but we got the big steal when we needed to. Luckily they threw it into leftfield, that helped us out big time.”

Thus, BSP is exactly where it wants to be and has Mason Fitzpatrick on the mound coming off an outstanding effort against Brooklawn.

“We’ve got one of our best guys going,” Petrowski said. “If you had told me on May 25th that we’d be playing in the state championship game with one of our top two guys going, I would have taken it. Everybody’s gonna take it.” 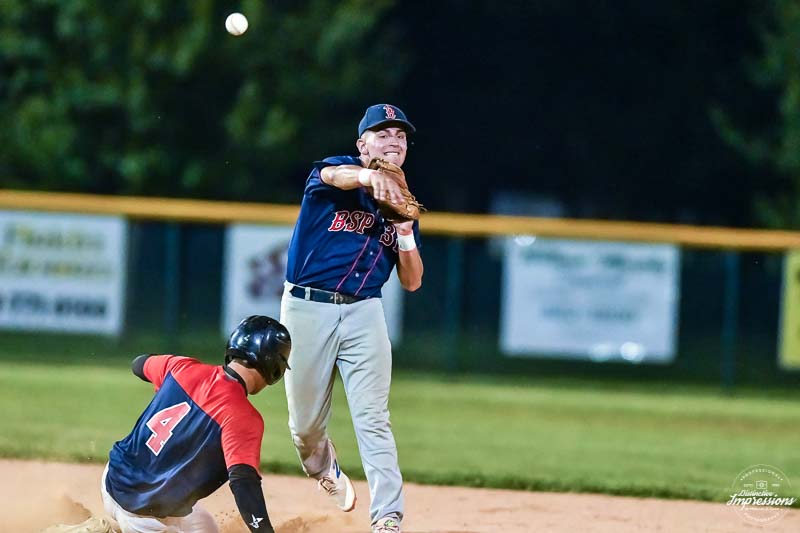 Brien Cardonna turns the double play to end the game. Photo by Michael A. Sabo

And BSP is in the position to take it all for the first time in 43 years. 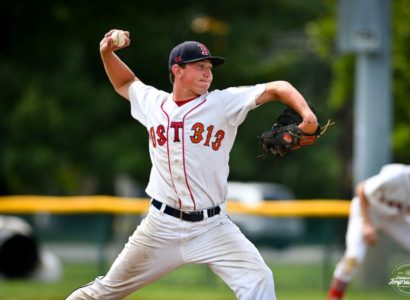 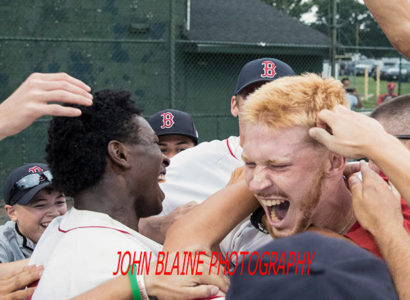