Scholastic sports coaches, have you ever wondered if your players were paying attention? Well, read on for a story about a player who was really listening.

He might be better known for his extensive baseball accomplishments, but Carlos Brackley was also very important to the basketball program at Steinert High School.

“Basketball was just as fun and important to me as baseball,” said Brackley, a three-sport varsity performer who will be inducted into the SHS Athletic Hall of Fame April 14. “Mr. (Roger) Bigos and Mr. (Bob) Hutch(inson) told me to embrace my role. I’m not those guys, they are star basketball players, but I have a contribution I can make to this team.”

“Those guys” are teammates such as Dahntay Jones, who would later become a pro, as well as Brian Bigos and Dave Hutchinson – all of whom have already been inducted into the SHS Athletic Hall of Fame chiefly for their basketball exploits.

“My role on the team changed through my sophomore, junior and senior seasons as Brian Bigos, David Hutchinson and Dahntay Jones emerged as ‘The Big 3.’ But I genuinely embraced that, and one of the great honors I received in high school was being named by the late Trentonian writer Jim Davis to his ‘All-Davis’ Team both my junior and senior seasons,” he said. “The honor was given to players that exemplified the values of team, hustle, work ethic and enthusiasm.

“I remember at the time personally calling Mr. Davis to let him know how much it meant to me to be recognized for embracing my role on a great team – I wasn’t the star, we had three bona fide stars on the team already, but I think I made an important contribution to that team that complemented what we needed to be as successful as we were. I was an emotional leader and strived to keep the team’s intensity in practice and in games.”

His impact was felt as a senior on the SHS team that went 25-3 winning the conference title and Central Jersey sectional banner and finishing runner-up in the state finals.

“I made a last-second steal in the state semifinal game against Middle Township, passed the ball up the court to Dahntay who made the game-winning basket as time ran out to send us to the state final in Atlantic City,” he remembered. “That was a special moment and I am as proud of it as any in my high school career, baseball included.” 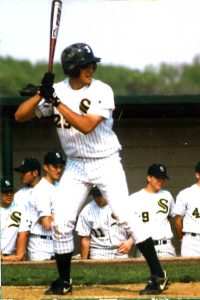 And, that is really saying something since Carlos played on multiple championship baseball teams at SHS, made the all-state team twice and played for two Carpenter Cup teams. Later, he was also selected to the Mercer County All-Decade Team for the 1990s.

“Winning the state title in 1996 was a highlight of my high school career,” he said. “It was the most fun I ever had playing baseball, college and pro ball included. One of my memorable individual moments of the 1996 season was throwing out the go-ahead run at the plate and then hitting a home run at Watchung Hills that sent us to the state sectional final game. We had some great players on that team including HOF members Matt Wolski and Bryan Rogers. It was a privilege playing with those guys.

“One of the things that makes Steinert great is the tradition and the connection that everyone keeps to the school through the athletic programs.

“Even 20 years later, and 1,000 miles away, I still check online each spring to see how the baseball team is doing and I get excited and proud when they perform well.” 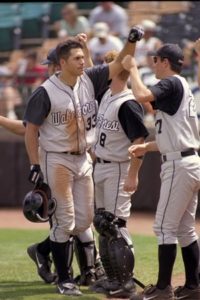 Another team he researches is the Hamilton Post 31 Baseball program for which he excelled, winning the Mercer County American Legion League Triple Crown in 1997. He was the league’s MVP and Player of the Year as he hit .500 for the season with 49 RBI and 15 homeruns. His 41 hits and 36 runs scored were second in the league.

From Steinert/Post 31, Carlos moved on to Wake Forest University where he captained the 2001 team that won the ACC championship.

“I was very lucky to have been on three (ACC) championship teams with great players at Wake Forest,” Brackley said. “Over my four years, 20 Wake Forest players signed professional contracts.”

Brackley was signed by the Boston Red Sox and was named Tops Minor League Player of the Month for August of 2001. Twice he was named a minor-league all-star and compiled a .283 average with 35 homeruns over five professional seasons. 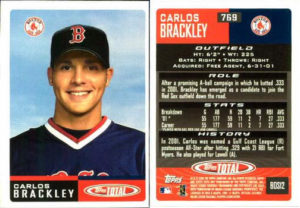 He went back to school and graduated from Rutgers Law in 2008 with a Juris Doctorate degree.

A member of the New York and New Jersey bars who is authorized as corporate counsel in Florida, Brackley handles real estate transactions for Walt Disney World and for other corporate affiliates of The Walt Disney Company.

With wife April, whom he married in 2009, Carlos has twin daughters, Emily and Kaitlyn, first-graders who are already dabbling in soccer and basketball. The Brackleys live in Windermere, Fla., just a few miles from Walt Disney World Resort.

“You realize 20 years later, how much it meant,” he said, referring to his experiences growing up where he did. “I have great memories of my high school career, my college baseball career, my pro baseball career. What you value later are the lessons and the learnings that help you in your life and career. 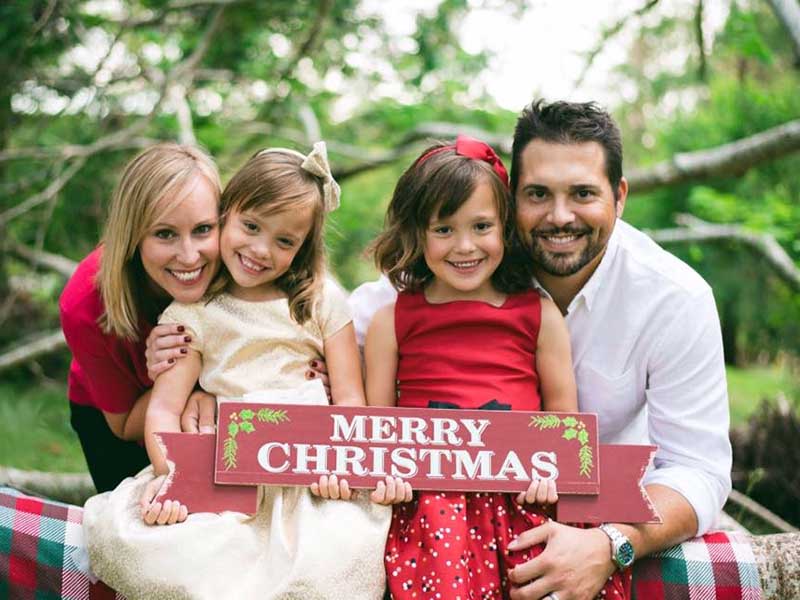 Carlos, with wife April, and their twin daughters, Emily and Kaitlyn.

“The most special thing about having played at Steinert and living in the Hamilton Township community was being taught values and given gifts that have helped me professionally and personally.

“Own your role. You can make that valuable contribution (to your team, your business, etc.) when you do it to the best of your ability.”

Coaches – and players! – are you listening? 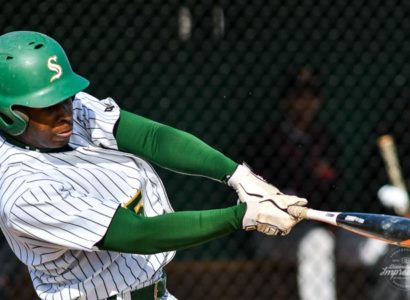 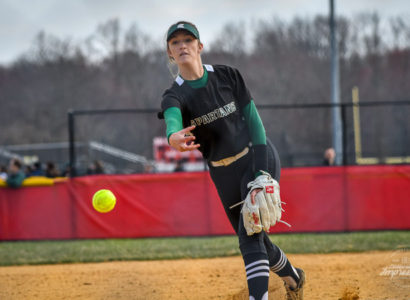