May 24: If there is any kind of a bright spot from today for the Nottingham High baseball team, it’s that the Northstars can let it rip on Saturday.

While the Bulldogs move on to play Wall on Tuesday, the Northstars get ready to play. . . .Hopewell again.

The two will clash on Saturday, weather permitting, in the Mercer County Tournament championship game at DeMeo Field. And while Maher knows he will pitch Nick Houghton – who got his 100th career hit in the fourth inning – Hopewell coach Ken Harrison is being coy about his starter.

Harrison has one of the county’s best in Andy Blake, but with his team still alive in states, he has to strategize whether to start his ace in the title game.

So, Blake is not a lock?

It’s hard to say if that’s a smokescreen or not, since there is a legitimate reason for Harrison to try and save his ace against CJ III’s top-seeded Crimson Knights. The most likely scenario is Blake could start and throw up to 70 pitches, and then pitch on Tuesday with the required two days rest.

With Nottingham, there’s no such mystery. Houghton is considered by Maher the best pitcher in school history and he can go for as long as he’s effective or the maximum110 pitches, and there is no worry about saving him for another day.

With division and state titles off the table, this is the final shot at senior-year championship for Houghton, Phil Rojek, Bryce Fremgen, Tom McParland and David Scott.

“When these kids were sophomores they won a Central Jersey title, last year they won the league,” Maher said. “We have our best pitcher on the mound, we’ll take our chances on Saturday. It would be a shame at the end of the season to have 20 wins and have nothing to show for it. But we gotta play a heck of a lot better than we did today.” 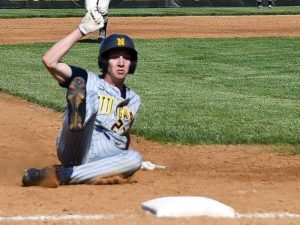 This is true. Nottingham fell victim to Hopewell’s running game in the fourth inning, as some mental errors allowed the Bulldogs to score a runner from second on one bunt, and runners from second and third on another.

“We’re aggressive on the base paths,” Harrison said. “We want to try to put pressure on the defense and make them make plays. I think every other high school coach in the country wants to do the same thing.”

Hopewell scored six runs in the fourth to snap a scoreless tie. Nottingham came back in the top of the fifth with a two-run double by McParland, and visions of past Northstar comeback wins were conjured. But the Bulldogs ended that quickly, scoring three more in the fifth to put it away.

Phil Rojek suffered the first loss of his high school career after winning his first 12 decisions. McParland had a single and double, but most of Nottingham’s eight hits were scattered. Hopewell collected 13 hits.

“They outplayed us,” Maher said. “The last two years we lost in the state tournament, it was a hard feeling to take. They were very winnable games, games we could have won. Today, they just took it to us.”

Meaning Nottingham can take it to Hopewell with all its got on Saturday.

Dominic Maglione pitched one of the best games of his career.

Unfortunately, it was the final game of his high school career.

Maglione matched Ted Dombroski pitch for pitch today in firing a complete-game six-hitter before top-seeded Wall Township took a 1-0 win over the Spartans on walk-off single in the bottom of the seventh.

Steinert had an excellent opportunity to jump on top in the top of the first, but had two baserunners thrown out at the plate. The Crimson Knights, who had just six hits, put two runners on in both the fourth and fifth innings before Maglione wriggled free.

But in the seventh, Nick Castoral hit a leadoff double, was bunted to third and scored on a single.

Steinert ended the season at 16-6-1 and Maglione ended up 5-3, with that third one being one of his best.

“He pitched great,” texted former coach Rich Giallella, who was at the game. 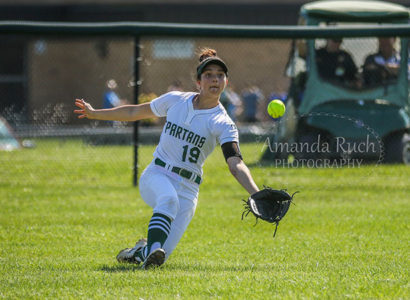 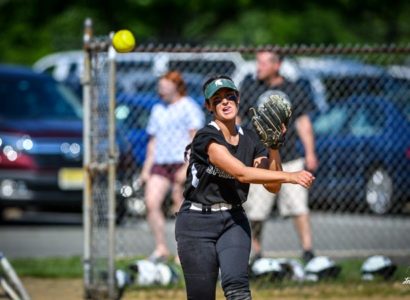