One of Mercer County’s longest-standing political forces is poised for a new chapter, stepping down from decades of public service come the year’s end.

“I’ve had 46 years in office,” said Freeholder Anthony Carabelli, 80. “God Bless, I’m still healthy. But I thought I should spend more time with my family.”

Although he relocated to Hamilton two years ago, Freeholder Carabelli’s roots are firmly dug in neighboring Trenton. The son of an Italian migrant, who traveled from a suburb of Rome – from one ceramic hub to another – Carabelli has a family history with the city that dates back almost a century.

“He started out with little more than a fourth-grade education and eventually, he had four taverns and four restaurants,” Carabelli said of his father. “My dad lived in the same house his whole life.

He was not a pretentious person. He had a good sense of people and how to treat them.”

As a young child, Carabelli describes himself as a bit sickly.

Shedding that reputation with age, he went on to attend Villa Victoria Academy in Ewing and even polished off eight years in military school.

“Everyone thought I would go to West Point, but I was thinking about studying international law,” he admits.

So it was Georgetown University or bust for Carabelli, a double major in political science and history, prior to his 1958 graduation.

He would later earn a Master’s Degree in political science from Rider University in 1974, but not before starting a family and plunging into the workforce.

He got his first taste of life-after-academics through his uncle’s beverage business, but soon began mulling the idea of a different profession.

In 1967, he landed in the planning division of state’s Department of Community Affairs.

Much like his political career, his presence would be long term.

“I spent 35 years in the DCA,” Carabelli said, adding that he officially retired as of 2000. “I would go into towns, communities and counties that wanted to reexamine their government and recommend changes.”

He also returned to his old Chambersburg stomping grounds, which at the time was still a hotbed for the Italian-American community, he said.

Back then, stories about the city’s transition of power, from a commission to a council-mayor form of government, dominated the headlines.

Carabelli’s neighbors began to press him to make a bid for the local dais.

“They said, ‘Why don’t you run for council? You have your military background, you were the head of your school and you have leadership abilities,’” he said. “So I ran in ‘62.”

Residents poured out into the voting booths that year, and while Carabelli had mounting support, it wasn’t enough to help the then 26-year-old contender defeat his opponents.

Eight years later, an East Ward Councilman, who had his eye on the mayoral ticket, urged Carabelli to take a second shot at a council seat.

Carabelli clinched the majority’s vote that time around.

From 1970 to 1982, he served on the council, having a short overlapping window, where voters doubly elected Carabelli to the Mercer County Board of Chosen Freeholders.

“All my friends and supporters wanted to see me move up the ladder; and eventually, that’s what happened,” he said. “It gave me more power and ability to get things done.”

Carabelli’s scope of oversight suddenly expanded from one municipality to thirteen, leaving the county newcomer with a much larger constituency and even bigger challenges.

“Being in public office is a noble career,” he said. “I always felt like you’ve got to be a person who likes to help people. If you don’t, you’re fooling yourself. You have to have it in you to do some good.”

In his 26-year tenure as a freeholder, Carabelli has seen everything from power grabs to shifting party lines to a turnover of support.

“At one point, I was the only Democrat with all Republicans,” he said. “Slowly, but surely, it became more and more Democrat.”

Carabelli still sees his efforts to preserve and redevelop the nearby historic Roebling Center as the crowning achievement from his lengthy time in office.

“I started that,” he said of the residential and commercial development. “I spent eighteen years trying to get that established. If you go by there now, it’s thriving.”

Now in the twilight of his political career, Carabelli looks back on it all with a grateful heart.

“It’s an honor to be an elected official – to do the job of the people,” he said. “Tell me another profession where you’re voted in by the people? It’s a gift you’re given and you must follow through and make sure you do what’s right.” 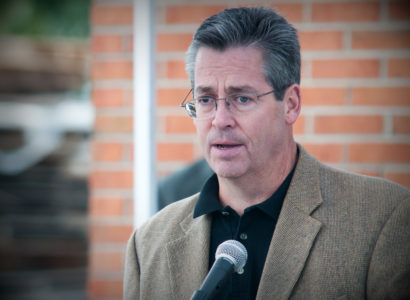 Day in the Life of Kevin Meara Day In the Life 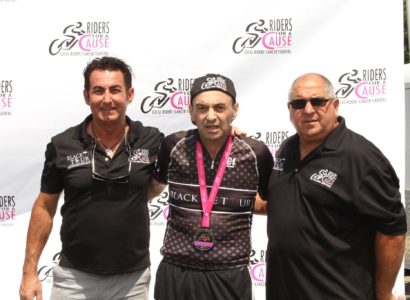 Charity of the Month-Riders for a Cause Giving Back