May 2: The Steinert softball team has a new head coach and was without its ace pitcher at the start of the season, but it still looks a lot like the team that has won two state titles in the past three years.

With the tournament season fast approaching, the Spartans are 14-2 with their only losses to Cedar Grove (13-2) and their perennial pain in the butt,  Robbinsville.

Steinert is now under the guidance of Jenn Melker, who served as an assistant the past six years, and the transition from Jean Ruppert to Melker has appeared seamless.

“They knew me as a coach before so it’s not too much of a change for them,” Melker said. “It was great getting to step into the role, and I think they’re doing fine with it. Everyone is finding their own way and being their own person; not relying on “what was” in the past; and moving forward.

“It’s nice to have a team that can step into any situation or move to any position. I’ve been moving them around a lot, with people being injured, getting sick, Kelsey Smith got a broken leg. It’s nice having them all step into different roles. It’s very nice they all kind of work well together. It’s like a big puzzle and they fit.”

The biggest medical concern was at the season’s outset when Kaylee “The Salad Princess” Whittaker was sidelined with health issues. But the star pitcher has returned to go 4-1 with a 2.97 ERA and 54 strikeouts in 33 innings. The deep Spartans staff has also been bolstered by Delaney Misier (7-0, 1.40, 67 Ks) and Johnna Filipponi (5-0, 38 Ks).

“With Alex I had her lower in the lineup, she was hitting, then she wasn’t, then I moved her back up and now she’s hitting. Sometime it’s just a mental thing with players. With Bella, the power is all in her legs as long as she’s not too wide of a stance. The swing doesn’t really have to do much with Bella. As long as she keeps it simple and doesn’t think and doesn’t pull, she’s there.”

While Steinert’s record is glittering once again, it has not been easy as teams will do all they can to take down the defending Tournament of Champions kingpin. The Spartans have had some tough tests, as witnessed by this past Monday’s 3-1 win over Nottingham.

“We have to remember to just stay focused,” Melker said. “That’s the main key. The game is seven innings. You can’t let up and you can’t give anyone a chance to come back. That’s something they have to understand. They can’t play five innings and if you’re ahead, you just relax. You have to capitalize on all seven.

Nottingham carried an 8-4 record into Wednesday’s game with top-seeded and once-beaten Hightstown. Becca Bocock and Tara Szczepanski have each won four games in the circle, while the bats are led by Brianna Dunmeyer (.417), Jayden Glazewski (.467), Sophia DeFrank (.370) Alexus Scourtas (.452), Jessica Hallam (.318). Jordyn Varone (.400) and Szczepanski (.357).

The Hornets were 5-10 entering Wednesday’s game with Allentown and are getting big offensive years from Lizzy Kelly (.465), Gabbie Fonollosa (.396) and Cierra Acevedo (.370). Cassidy Palyok has four wins in the circle. 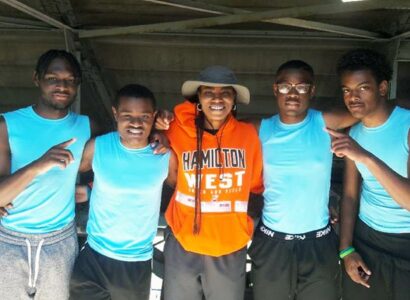 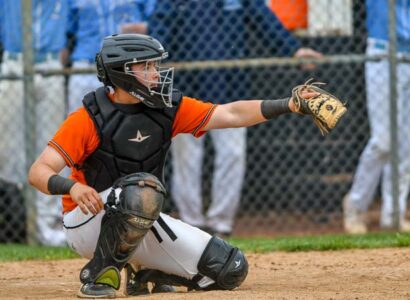