N.E.W.S. members along with Superintendent, Dr. Scott Rocco, at their most recent group meeting at Nottingham in March.

The following is the Hamilton Pulse’s second installment of a three-part series on Hamilton N.E.W.S; looking at the ground-breaking organization from the faculty’s viewpoint.

May 5:In the past two years, Hamilton North, East and West Students, otherwise known as Hamilton N.E.W.S., has doubled in membership and doubled in support from many community organizations. This club is designed to unify the Hamilton Township high schools, including Steinert, Nottingham and Hamilton West, to work together as One Hamilton.

N.E.W.S. has impacted numerous students as they grow in society, but more importantly, they inspire the faculty and staff from all three schools. Educators are witnessing these teenagers make a change in the community and take a stand for what they believe in which has had such a powerful reaction.

As a group, the advisors feel the goals of the project are being met with stellar success. 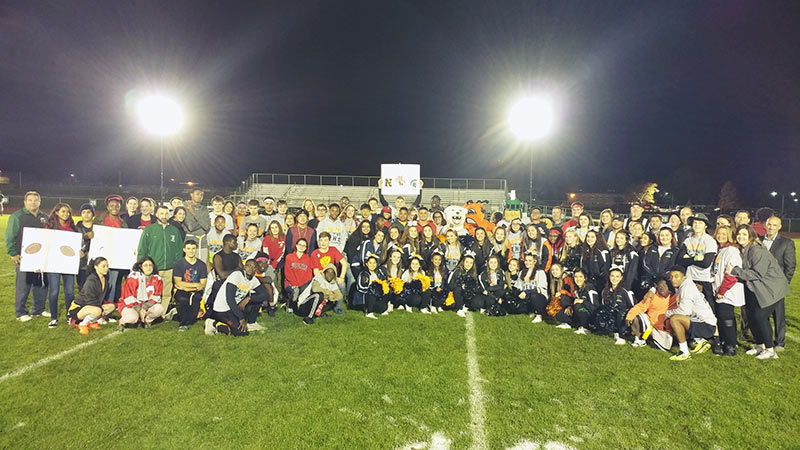 Hamilton N.E.W.S. members, Unified athletes, cheerleaders from all three high schools, and other community members at the Unified Flag Football Game during the Week of Lights.

Bringing the schools together as One Hamilton is so important for the success of students academically and socially. Students are able to find their voice and be accepted for their differences.

“We have a diverse group of students who have many different strengths and weaknesses but this group highlights each other’s strengths and builds up the weaknesses,” Rogers said. “It is a group that everyone can be a part of and it values diversity.”

Superintendent, Dr. Scott Rocco, continuously supports Hamilton N.E.W.S. and everything it works toward by spreading its message to the community.

“People are really enjoying the fact that this is from the students,” Rocco said. “This was developed by them and they are moving forward with it and I think that empowers the organization.”

Faculty and staff are able to witness the impact on pupils each day in school. Parker enjoys how the organization “helps develop character,” while Rogers also explains how members “promote pride, spirit, unity and inclusiveness,” in the schools. Being a student-run club helps the teenagers develop into young adults and learn so many valuable morals and traits to take with them after they graduate. “I think the Hamilton N.E.W.S. empowers students to be advocates for what they think is right,” Rocco said. 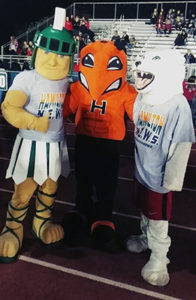 Steinert, Hamilton, and Nottingham’s mascots all join together for a group picture at the Unified Flag Football Game.

The events and presentations that the group has done within the last two years are so influential and unlike anything, the community has seen before. Specifically, the Swap Days, where students “shadow” other N.E.W.S. participants from a different high school for a day, helps “spread the message as well as understand the other high schools,” Rogers explained. This activity, an idea that came from the student’s passion and creativity, is “one of the best things that ever occurred in the district,” said Steinert Principal and N.E.W.S. supporter, Mr. Nate Webber.

As time moves on and Hamilton N.E.W.S. continues to work toward even bigger goals, “more students want to get involved,” Parker said, because of the amazing ideas and concepts of kindness and equality they are working toward.

This school year, the club members brought their goals and ideas to middle school students. Expanding the N.E.W.S. population is “critical and essential,” Rogers stated, “because it enables the Hamilton N.E.W.S. mission to be communicated to younger students and provides an opportunity to break down some of the stereotypes and biases that are already present.”

This organization is beneficial to not only the student members but to faculty and staff as well. The participant’s hard work and passion in everything they do is inspiring and significant to every adult in the community. “Credit has to be given to the dedication of our students,” said Rocco, “I really do appreciate the work that they are doing and they are motivated to me and other Hamilton Township staff and faculty.” 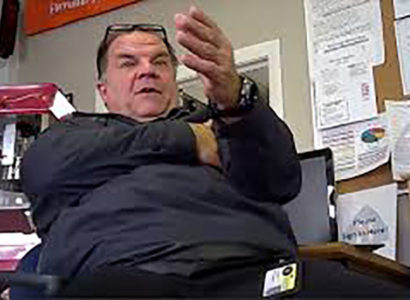 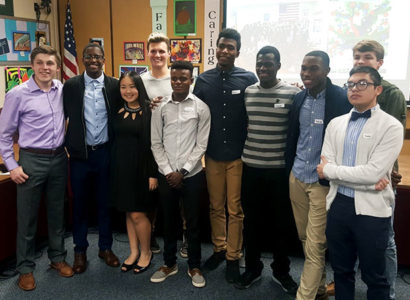