There were three major unseen turns of events that took place on Thursday at the Hamilton Township Republican Committee nominating convention that even suprised the delegates in attendance.

The rumors spread from Yardville to Mercerville within Republican circles that a brutal “floor fight” was brewing for the convention between incumbent Mayor Kelly Yaede and primary challenger David Henderson, for the Republican nomination. Surprisingly this did not occur. The explosive convention everyone prepared months for was a complete dud, but definately a game changer!

When Republican Chairman Dennis Pone, made a call for nominations for Mayor there was no drama; only Yaede was nominated.

Pone who delivered on a promise to provide an open convention again called for any additional nominations for the office of Mayor only to be met with silence.

Henderson who previously announced his candidacy to run in the June primary seemed to outwit Team Yaede. By skipping the convention with his supporters Henderson made a bold political move.

Unfortunately, Pone went through the trouble of preprinting ballots for a vote between Yaede and Henderson, that were not needed.

“The screening committee for the nomination was a clear conflict of interest because it was made up of four township employees, that were comprised of three directors that are appointed by the Mayor being -Marty Flynn, Dave Carothers, and Jeff Plunkett along with, the Republican club president Cheryl Doonan who is Dave Kenny’s secretary. It was a completely unfair, biased, rigged, dog and pony show and that’s why I along with my supporters didn’t attend the convention. It is par for the course with these people and goes along with the way they run our government, they think they’re above the law”, explained Henderson in his reasoning for not attending on Thursday.

The second unseen turn of events was when former Democrat Councilman Vinnie Capodanno who switched parties just days before the convention was nominated as the Republican candidate for council to replace Ileana Schirmer, who decided not to seek re-election in 2019.

Capodanno has possibly been the biggest critic of Republicans throughout the years. He helped foster the Democrat party growth in the late ’90s which elected Glen Gilmore to Mayor and created a circus show screaming at the Council meeting when Yaede was appointed Mayor in 2012 calling it a farce.

Capodanno accepted the nomination, took the stage and went into full-on attack mode as he has done in the past against Republicans. This time he went on to blast Yaede’s Republican opponent Henderson, her Democratic opponent Jeff Martin and even went after Republican Councilwoman Ileana Schirmer who is not even running.

Now, you got Schirmer blaming the Mayor because the Mayor did not help her in her Senate Race, you got to think how smart our Mayor is” said Capodanno as he tried to explain that Yaede not helping Schirmer in her 2017 race was a good move not to antagonize Linda Greenstein.

Shirmer had this to say about the attack on her by Capodanno; “Unfortunately, the Hamilton GOP leadership, if that is what you can call it, blame everyone for the poor actions of the M and her yes men. Bullying, intimidation, and retaliation are what has gotten the mayor to where she is now, desperate because no one wants to run with her so she had to stoop to a new low in picking a former Democrat.  Hamilton republicans are seeing for themselves what this woman and her yes men have done to our party.”

The third and final shocker of the night happened when Rich Balgowan, and not incumbent Councilman Ralph Mastrangelo was nominated for the other council seat.

Balgowan another former Democrat, was the director of public works for Hamilton hired by Glen Gilmore and later stayed on with the Bencivengo administration through 2011.

Balgowan stated in his speech he was thrilled to be put in this position and then explained his background and experience working in the private and public sector.

“I believe it is really important to be transparent and I believe in fiscal responsibility”, explained Balgowan to the delegates.

Mastrangelo statement on not seeking re-election

Today I am announcing my decision that I will not be seeking reelection to the Hamilton Township Council this November. Over the past several months, I have struggled with my decision regarding reelection and I did not decide until I felt confident knowing there was a qualified candidate to run for my council seat. This decision is based purely on personal reasons. My family and I have lost several close family members throughout my term, which has taken a personal toll on me. I have struggled to balance my family life with politics, and now I will be able to take the time to be with my family.

Although I will not be running for office, I will endorse and actively support Mayor Yaede, her administration, and her running mates. As a lifelong resident of Hamilton, I have enjoyed the opportunity to serve our community and the residents of Hamilton for over 30 years as both a Township Police Officer and a Councilman

I will continue to work for the citizens of Hamilton until my term ends in December 2019.

The statement was crystal clear last night at the Hamilton Republican convention. The Republicans govern Hamilton much better than the Democrats. The vote was unanimous for a great leader in Mayor Kelly Yaede, a “pit bull” with a purpose in former councilman Vincent , and an intellectual in engineer/planner Rich Balgowan.

All three had witnessed the irresponsible tenure of the Hamilton Democrats from 2000-2007, and the great turnaround to fiscal responsibility under Republican leadership. The Hamilton Republicans unanimously voted all three to the regular Republican ticket for the June primary.

“I am calling upon all fellow Hamilton Republicans to rebuke Mayor Yaede and her Democratic ticket.  This is a slap in the face to every Republican in Hamilton including former Mayor Jack Rafferty”, said Henderson. “The message she is sending Republicans is there are no qualified GOP citizens in Hamilton.”

Yaede Team Council Candidate Vinnie Capodanno has been critical of honorable Republicans like Jack Rafferty his entire life.  “When Jack was Mayor, Vinnie had nothing but personal and vile comments against one of the finest Mayors Hamilton has ever known”, said Henderson. “I have strongly supported Republican candidates and elected officials my entire life while this guy has been tearing down our party.  There is no way Honorable Mayor Rafferty would go on record endorsing loud mouth Capodanno, who criticized him personally and professionally.”

Yaede’s running mates are lifelong Democrats, flip-flopped and relabeled as Republicans because no Republicans want to run with her. “The reason I am running is to offer the Republican Party an alternative because she has alienated so many party members”, said Henderson.

The battle now moves to a primary election on June 4th as the war within the Republican party continues.

The winner of the Republican primary will face off against Democrat mayoral candidate Jeff Martin. 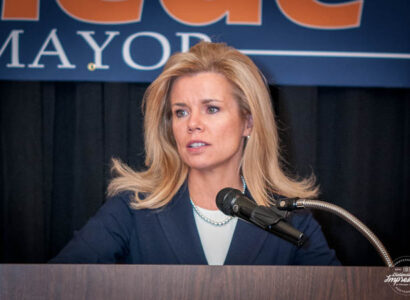 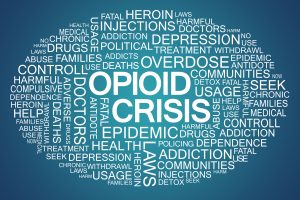 Mercer County is under a tropical storm warning as Isaias crawls up the Eastern Seaboard, preparing to GO→