Despite a decrease in total budget, residents to see small tax increase

This evening, Hamilton Township Mayor Jeff Martin will present his inaugural budget for 2020 to the Township Council.

“The 2020 Budget was going to be a difficult budget for Hamilton Township starting on the very first day of the year,” said Mayor Jeff Martin.  “As a result of the COVID-19 pandemic, the Township was put in an even more difficult budgetary position.  This administration has made many difficult decisions over the past few months that impact our employees, our residents and our businesses, but which we believe puts Hamilton on a stronger financial foundation.”

As of January 1, 2020, Hamilton found itself in a budget hole totaling roughly $4 million, the largest portion of which was from a decrease in available surplus funds.  At the end of 2019, Hamilton only had approximately $6.1 million in surplus funds available despite last year’s CFO estimating Hamilton would be able to use $6.6 million in surplus to balance 2020’s budget.  This amount is in stark contrast to the $9.2 million available in surplus the prior year.   Additionally, the Township saw numerous cost increases, almost entirely out of its control, when compared to the 2019 adopted budget. These increases total $2.125 million in operating expenses.

In March, Hamilton, like every other municipality in the country, was presented with the COVID-19 pandemic.  While the federal government provided bailouts to the cruise industry, airline industry and many others to make up for lost revenues, it has not provided similar relief to local governments.  Hamilton anticipates revenue losses ranging from $300,000 loss in Municipal Court fees, $450,000 in bank interest income, $25,000 loss on golf center revenue, and others totaling $1.85 million as a result of the pandemic.

To overcome the nearly $8 million budget gap, the Administration reviewed the budget line-by-line to see where any savings could be realized.  As a result, the Township had to initiate furlough almost all part-time employees, cut overtime, and cut many of our residents’ favorite activities such as Azalea Fest due to both health and budget concerns.  These cuts totaled over $650,000.   Additionally, almost all employees on expired contracts have agreed to a one-year contract extension which includes a 0% pay raise this year and other one-time savings.  The Township is working to secure the commitment to these savings from the other unions as well.  These savings, once agreed to by all unions, will result in a savings of approximately $1.25 million.

“Our township employees also gave back so that not all of the burden fell on our residents and businesses,” stated Martin. “I want to publicly thank them not only for their commitment in getting the job done each and every day but also for their partnership in being part of the solution to overcoming our budgetary problems. “

While these savings are substantial, and should only cause a minimal disruption to services in 2020, they are not enough to overcome the significant budget hole Hamilton faces.  Therefore, the budget contains a tax increase of 4.4 cents.  For an average Hamilton home valued at $225,000, this increase will result in a local tax increase of $8.33 per month.

“We do not take this increase lightly, especially with the state of today’s economic picture,” said Martin.  “However, this year’s budget is nearly $500,000 less than 2019’s adopted budget and is $2.3 million less than what was forecasted for the 2020 budget.  This means we made cuts everywhere we could without putting our residents’ health and safety at risk.“

The Township Council meeting will be held this evening at 6:30 pm via teleconference. Residents can find instructions on how to join the call on the Township website, www.HamiltonNJ.com. 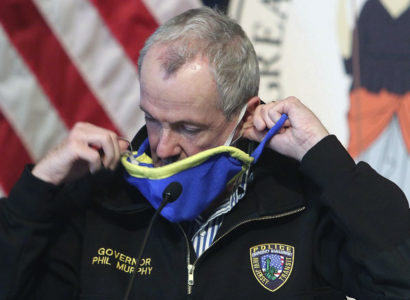 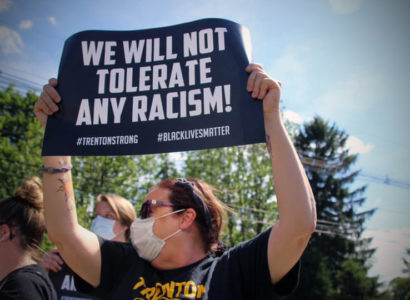