Jan. 24: Hamilton West wrestling coach Matt Minder has been happy with his team’s season up to this point; and Nottingham coach Jason “The Rock” Marasco is starting to get happier about where his team is headed.

Heading into Saturday’s home quad meet, the Hornets are 8-5. They have already won one more match than last year, and have amassed their most victories since winning 10 in 2010-11.

“Our goal at the beginning of the year was ‘Let’s get above .500 and stay there,’” Minder said. “If we wrestle to our ability I think that continues.”

Minder’s comments came after a 45-22 loss to Nottingham Jan. 23. It was the second straight win for the Northstars after being soundly beaten by Point Pleasant Beach, Hightstown and Matawan last Saturday. Nottingham carries a 6-7 record into Saturday’s tri-meet at Wall.

“We wrestled great against Trenton and last weekend we went 0-3 but man we wrestled our butts off,” Marasco said. “I feel, after getting our butts kicked three matches in a row, we got better. We wrestled tougher after that, we worked super hard in practice after that .

“It probably helps I ripped them a little bit,” he added with a playful grin. “ but I’m really proud of the team. We’ve got work to do but we’re getting better.”

Minder’s biggest concern now is that Hamilton finishes strong so it can post its first winning record in 10 years. The program, which was in ruins for most of the past decade, has been on the upswing since he took over.

“This is the first year we have a core of eight seniors that went through the program, and they’re kind of handing it off to the next generation,” Minder said. “We have 17 freshmen. They’re learning the ropes and we just need to continue. That’s how you get a good program.

“These teams competing for MCT titles have a tradition. They have a community buying into the program and that’s what we’re trying to do.”

For Nottingham, Marasco is still waiting for a few studs to bust out, saying, “We have a solid team we just need a couple of guys to take it to the next level. We’ve got some standouts, we just need more from them.”

There are, however, some young wrestlers he has been pleased with.

“Anthony Mordoh has been doing great (at 145), Kwanir Edwards has been doing great at 60,” he said. “Another guy stepping up is Dorian Henry at 182. Stalin Arpi had a big win (against Hamilton). We’re using Sudesh Gurung all over the place against all kind of competition and whatever we ask he says ‘OK coach.’”

Of everyone Marasco mentioned, Gurung is a senior and the rest are sophomores.

“We’re loaded with 10th-graders, you look at our lineup, half of them are 10th graders,” he said. “We’re super young but they’re working super hard.” 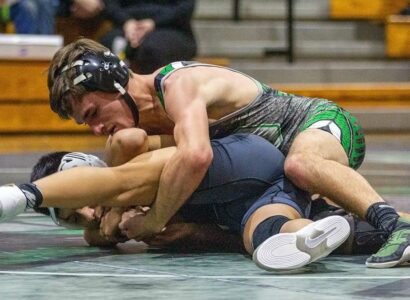 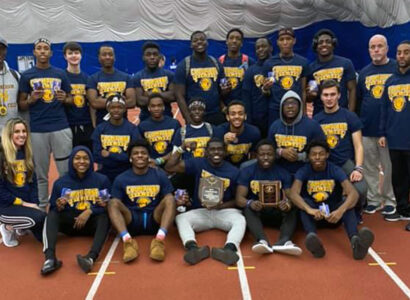