Fifteen years ago, she trekked thousands of miles fueled by hope and a chance at the American dream.

“Over here you have to work hard to get what you want,” said Joyce Ly, a Vietnam native, who now co-owns Hamilton-based Royal Nails and the newly opened Majestic Nails.

The 35-year-old township resident, whose establishments specialize in manicures, pedicures and waxing, makes that statement knowing that major gains are only reached in business through long hours and detail-oriented work.

Shortly after arriving in the U.S., Ly took on a hefty workload as an employee in the circuit of nearby nail salons.

She spent months in school preparing for the opportunity, honing her skills and becoming acquainted with the industry’s regulatory demands, first overseas and then again here in the states.

Royal Nails in Kuser Plaza is a far cry from the former ice cream shop that Ly gutted, renovated and transformed into a salon teeming with customers.

With a full slate of services from acrylics, gel and nail design to body waxing and pedicures, Royal Nails has become a steady favorite among its ever-growing base of loyal clients.

“I came in here the first week it opened,” said Karen Bryan, of Hamilton, sifting through a book as Ly readied her for a pedicure.  “I don’t know how they do it, but if you come in here one time, they’ll remember your name and that’s a good feeling. I feel like we have a relationship; we’ve watched each other’s children grow up.”

Per the norm, summertime means the pedicure business is booming, which keeps Ly and her team of employees, upwards of a dozen, on their toes.

“I’ve been lucky and I’m comfortable saying that I do a good job,” Ly said. “I treat people nice and everyone fair and I listen to good ideas from my people.” 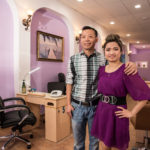 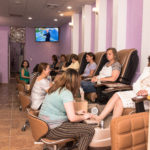 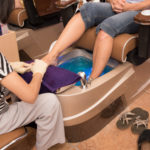 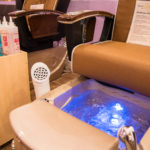 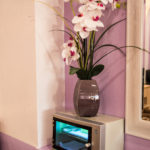 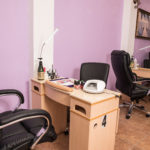 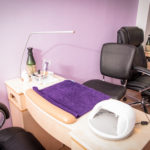 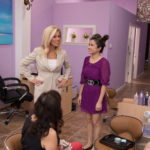 It’s a proven recipe for success, as Royal Nails is on the cusp of its 10th anniversary.

Still, there are any number of viable components to this finely tuned operation.

“To me, when I’m doing nails, I’m happy,” Ly said. “Hamilton has been so supportive to me.”

That support has translated into a second salon in the Dover Park Plaza.

Each workstation, outfitted with state-of-the-art ventilation systems, filters fumes out of the building, unlike the outdated industry norm, in which salons look to fan out or store the vapors on site.

“It’s better for us and the customers,” Ly explained. “You don’t want to bring in chemicals.  We’re the first salon in Hamilton to have this (technology).”

Royal Nail’s tried-and-true business model has carried over to this auxiliary locale, meaning high-end and proven products at comparable prices.

“This is my first time here. I saw a friend’s post on Facebook about the grand opening,” said Brenda Guadagno about Majestic’s Aug. 23 ribbon cutting, which drew in a crowd of would-be customers and public figures alike.  “I’m getting a full set.  I’m rough with my nails, so (Joyce) made a few suggestions…I’m game to try them.”

Majestic Nails, offering a 30-percent discount on services in honor of its grand opening, will take walk-ins or appointments at its Sunnybrae Boulevard location at 609-438-9333. 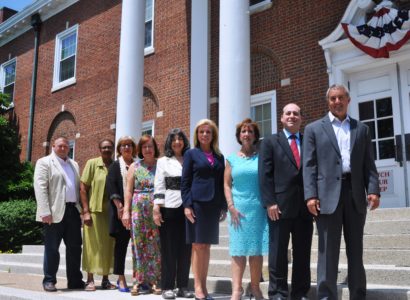