Nov. 25: Kevin Boswell is totally focused on Thanksgiving, but he may have to spend today looking ahead to Christmas.

Because it’s come early for The Boz.

Boswell is the second straight junior and second straight Hamilton Township product to win the award, as Notre Dame’s Cortaz Williams was last year’s winner. He is the seventh Hornet to win it and first since Pierre Odom in 2001. The Mammy has been awarded since 1989.

Boswell enters Thursday’s Thanksgiving showdown with Steinert needing 53 yards to break Shelton Snead’s single-season Hornet rushing record. He also needs four touchdowns to break Snead’s mark of rushing TDs in a season and tie the school record for most TDs in a season.

The Boz has rushed for 1,387 yards and 18 touchdowns in just eight games for the 7-2 Hornets. He is averaging 9.7 yards per carry and 173.4 yards per game; has scored at least one touchdown in every game and eclipsed 100 rushing yards in seven games. He also has four games with over 200 rushing yards rushing and for good measure, has recorded 16 tackles and punted for a 31.6-yard average.   Boswell will be honored at the final 12th Man TD Club, which will be held on Wednesday, Dec. 4 at Massimo’s restaurant in Robbinsville. Also being honored that night will be the Non-Prep Lineman of the Year (Hopewell Valley junior Terrance Peterson), the Prep Player of the Year (Hun senior Ian Franzoni) and Prep Lineman of the Year (Peddie senior Chris Mayo); along with the Players of the Game from the Hamilton-Steinert game. 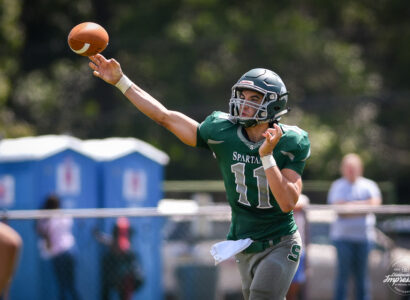 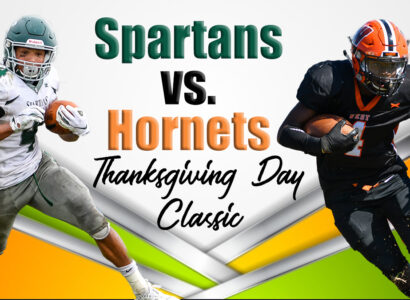