“I find it appalling that Mayor Yaede would veto creating a Commission to help senior citizens advocate for issues unique to their stage in life,” said Council President Jeff Martin.  “Council will hold an immediate vote at the next Council meeting, which appropriately is at the town Senior Center, to override her veto and reverse her short-sighted, mean and vindictive decision.  Our senior citizens already contribute so much to our town that a $1,000 expense out of a $100 million budget – one which Mayor Yaede approved – pales in comparison.”

“Shame on Kelly Yaede for continually making life more difficult for our town’s senior citizens,” said Council Vice-President Rick Tighe.  “First, Kelly Yaede took away waivers for permit fees on health and safety projects from our seniors and now she takes away an outlet for them to bring issues to the town’s attention.  We recognize that with the growth of 55+ communities in Hamilton, the number of seniors in our community will also continue to grow, and therefore our services will also need to grow.”

“As Council, we recognize that our town’s senior citizens have issues specific to their stage in life”, said Councilman Anthony Carabelli, Jr. “We have been contacted by senior members of our community on issues involving transportation for medical appointments, recreation services, and health screenings and recognize they need a formal Commission to bring these issues to the attention of their elected officials.”

“Council created this Commission by a unanimous 5-0 vote and Kelly Yaede is upset she is not getting any of the credit,” said Councilwoman Ileana Schirmer.  “Maybe if we put her name as part of the Commission she would have approved it.  Her action to veto this Commission should speak volumes to our seniors who have contributed so much to this town.”

“For these reasons, we have today instructed our municipal attorney to plan the proper paperwork for Council to take a vote to override Mayor Yaede’s veto,” said the Council members. “Assuming the vote is successful, in addition to representatives from Council and our Department of Senior Services, we hope to also have an ex-officio member of Mercer County’s Office on Aging to better collaborate services to Hamilton senior citizens.  We know this advisory commission will give our senior citizens a more direct connection to their local and county government.”

The next Council meeting is to be held Tuesday, July 16th at the Hamilton Township Senior Center.

The Council and Mayor approved the 2019 Municipal Budget with $1,000 dedicated to the Senior Citizen Advisory Commission to be able to execute their mission.

In a surprise response to our request for comment, Hamilton Mayor Kelly Yaede personally returned our call and issued a release which was posted on the township website and social media channels attacking the 4 council members and their joint press release.

Yaede went into full-on attack mode stating that Hamilton Township has a Senior Center Advisory Commission and that they should do their homework.

“Since 2004, the Hamilton Township Senior Center, which coordinates Hamilton’s services for seniors, has possessed a 45-member advisory commission with a diverse membership that includes representatives from Hamilton’s over-55 communities, as well as Police, EMS, hospital and non-profit (such as the Hamilton YCMA) representatives. This very commission, with its four standing committees, helped with the Senior Center’s self-assessment process that was required for its national accreditation from National Council on Aging” stated Yaede.

The minutes dealt entirely with issues relevant only to the Hamilton Senior Center.

We emailed the Township for additional meeting minutes and a schedule of upcoming meetings of the commission, but our emails went unanswered. No information could be found on the township website.

Manstrangelo supports the ordinance, will vote to overturn Yaede’s veto

Reach by phone, Councilman Ralph Mastrangelo who has been staunch Yaede supporter, expressed he supported the ordinance that he voted for and would vote yes to overturn Yaede’s veto.

“I support the seniors and the senior center, so I voted yes for the original ordinance. My father, when he was alive was always there. I support the ordinance and will vote to overturn the veto at the upcoming council meeting.”

After Mayor Kelly Yaede took to the township facebook page to launch her response attack Councilman Jeff Martin and Councilwoman Ileana Schirmer had this to say:

It’s sad to see that the Mayor supported this in the budget but now makes it political and vetos a Commission for our senior citizens.

The only thing that has changed from when she first supported this Commission that I championed, is now we are political opponents.  It’s a shame the Mayor spent $4,500 on luxury hotel rooms in 2018 but can’t spend $1,000 for our senior citizens.

A true teachable moment for Mayor Kelly Yaede; don’t put things in the budget that you forget all about.  The administration presented in the 2019 budget a line item that included $1,000 towards a Senior Citizen Advisory Commission.  Council took action and appropriate measures to codify the Senior Citizen Advisory Commission, a public board that will meet monthly and include members of our community and senior communities that will have a voice into the needs of our senior residents, not just the needs of the Hamilton Senior Center.  Mayor should not forget the fact that SHE included the $1,000 into the budget and now she is crying that council is creating a hardship for seniors.  REALLY??? HOW??? She is the one that last year proposed a 5% tax increase and was mad when council cut that in half.  These are facts that our mayor can simply not accept.  This will be a great commission dedicated to our wonderful seniors who deserve a voice. 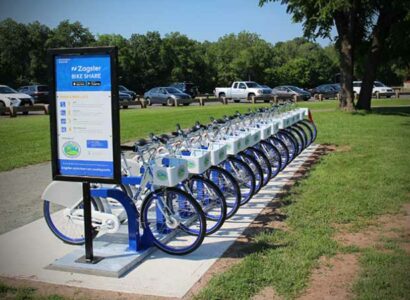 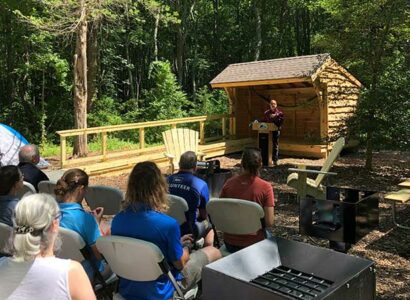