Jenna DiDonato Elliot in a photo with her dad and coach Vince DiDonato.  Submitted Photo.

As her husband has learned, Jenna DiDonato Elliott is a fine example of “someone from Steinert.” 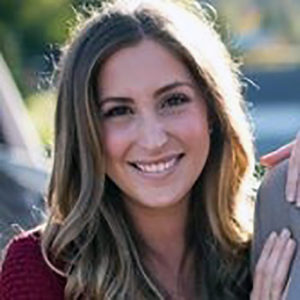 Soon to be inducted into her high school’s Athletic Hall of Fame, she is multi-talented. After earning eight varsity letters, MVP and Scholar-Athlete honors, she moved on to Rowan University to continue in her role. That’s where she met her future husband. They had a love of sports in common.

“My husband (Stephen Elliott) played baseball for Toms River East,” she said. “His team lost against the Steinert ‘06 baseball team in the semifinals of the state championship tournament. When we first met, this was all we could talk about. He even said he could ‘never date someone from Steinert’ since he was still mourning that semifinal loss. Little did he know, he was talking to his future wife. We were married in September of 2016!”

Sports, especially softball, have played a big role in her life.

“I even brought the softball theme into my wedding plans,” she said. “During my father-daughter dance to a Frank Sinatra song, my dad and I stopped for a few minutes to have a catch, gloves and all, with a quick song change to ‘Centerfield’ by John Fogerty. It was very unexpected, but so fitting since my dad was my coach for my entire softball career leading up to college. Having a catch with my dad on my wedding day was so much more meaningful for us versus a simple dance. It sums up our relationship perfectly.”

“Jenna worked extremely hard to become the player that she did, and always seemed to be having fun doing it,” said former SHS coach Bob Hutchinson. “Jenna’s dad, Vince, was a coach on our

team and it is not always easy to play for your dad (just ask my son and daughter), but Jenna really enjoyed having him there. Both Jenna and Vince are a big reason that we were able to win the 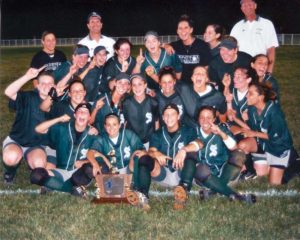 “The most memorable moment during my athletic career was definitely winning the NJ Group IV softball state championship as a sophomore in 2004,” she said. “We were referred to as the team

with the ‘Cinderella Story’ in the press and it was so true. No one imagined we would do so well, but with hard work, great team chemistry, and a little

bit of superstition we were able to make it to the championship, and win!

“I remember, as a team, we decided that if we won the coin flip at any point along the way we would always choose to be the visiting team. We wanted to be on the field together when we won each game. When we did win the final game of the tournament it made it that much sweeter when we were able to rush the mound from the field after the final out.”

And although the Spartans didn’t win it all again in ’06, DiDonato had a special senior season.

“During her senior year, Jenna set the record for most hits in a season (48) by a Steinert Softball player,” Hutchinson said.

“We had a very young but ambitious team with a lot of talent,” she said. “I’m not one of those players who is easily able to recall specific details from games over the years, however, one thing I remember vividly is, unfortunately, making the last out of the championship game. After hitting so well throughout the tournament, it felt awful hitting that weak line drive directly to the right fielder, but I also remember feeling extremely proud of what we were able to accomplish. Even though we didn’t win, in a way I felt more proud of that young ‘06 team for proving everyone wrong and making it to the championship than the ‘04 winning team.

“I feel very lucky to have had the opportunity to make it to the championship game twice, and it’s something that I’ll remember for a lifetime.” 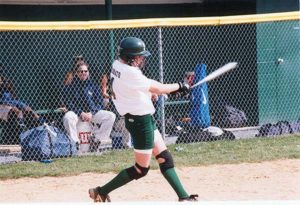 Jenna was very good at the plate and set the single-season softball team record for hits as a senior at Steinert.

At Rowan, she continued to excel and was a four-time recipient of annual scholar-athlete awards. In softball, she earned NJAC All-Conference second-team honors and was the team leader in home runs and RBIs her junior year (3rd in the NJAC). She also was the chairperson of the Student Athletic Advisory Committee all four years at Rowan for the softball program.

No one, not even that skeptical baseball player from Toms River East, could be surprised by her success on and off the field. She currently is a Senior Research Coordinator at BluePrint Research Group.

“Jenna was an absolute pleasure to coach for so many reasons,” Hutchinson said. “Probably the biggest reason was her pleasant and always-positive attitude. She came to school and to the field with a smile on her face every day. She was extremely well liked by all the students at Steinert and especially by her teammates because of that positive attitude. No matter what the situation was, Jenna remained calm and confident. Those attributes became infectious on our team.

“As a person and a player, you cannot find better than Jenna DiDonato.”

To see the complete list of inductees for the SHS Athletic Hall of Fame’s 2018 Class, visit steinertathletichof.com. The Hall of Fame dinner is April 14 at Stone Terrace. 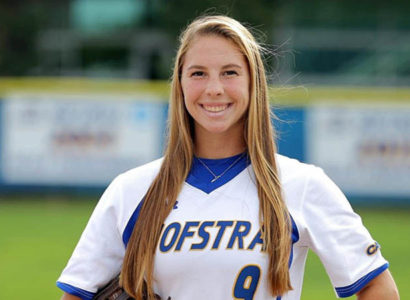 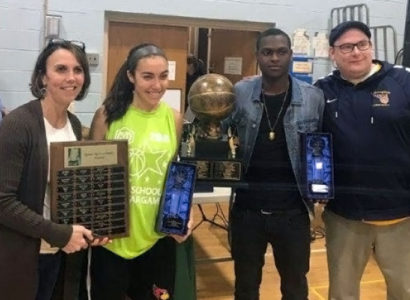