The disorderly persons charge against Hamilton Mayor Kelly Yaede pertaining, to the release of criminally expunged records of her primary election opponent David Henderson was dismissed by a municipal judge in Ewing, where the case was transferred.

Yaede retained high profile criminal attorney Robin Lord, who argued that the expunged records, which were obtained legally because of a mistake by the Hamilton Police Department was not a crime but a case of first amendment speech rights for Yaede to publish them.

Henderson’s records were in fact legally expunged in a court order in 2008, but the Township Police department failed to remove them from their archives because, Hamilton Township Police Deputy Chief George Zimmer who was responsible for expungement orders died from suicide on July 1, 2008.

In their charges, the prosecutor also stated the investigation identified additional infractions on the part of a civilian employee of the Hamilton Police Division that are being referred to the HPD for administrative action due to the running of the criminal statute of limitations.

Upon the dismissal, Yaede called the charge against her “bogus” and she expressed suspicion over the timing as well. She is looking forward to getting back to serving her constituents into her next term without “distractions from politically motivated sham investigations.”

Yaede’s attorney Robin Lord demanded an apology from the prosecutor’s office in a letter that stated, “I am dumbfounded as to why your office continued this frivolous prosecution of Mayor Yaede in the face of clear precedent identifying it as baseless.”

Lord also claimed Yaede will seek to have her $25,000 legal bill to fight the $200 fine reimbursed by Mercer County.

Henderson said the judge’s ruling does not influence his civil suit. Colin Bell, Henderson’s attorney, said the civil complaint against the mayor, her campaign manager, the Hamilton Township Republican Committee and Flynn alleges township resources were used to retaliate against Henderson running in the primary.

“The investigation started a long time ago,” Henderson said. “These actions took place in March of last year. I would think if it’s politically motivated, it would’ve come out before the primary, which was June 4th.”

“What this case really showed us is the lengths Kelly Yaede will go to lie and mislead the public,” said Martin.  “We learned that Mayor Yaede conspired and directed her campaign to intentionally lie and mislead voters and the public at large.”

“This is just another in a long pattern of lies in which she has been caught.  She lied to the public about problems at the animal shelter; about public health and safety inspections of our restaurants; and about scandalous actions by her campaign.  It’s time to end the lies, clean house and restore Hamilton’s image.”

In a bombshell story published by the Trentonian on September 19, 2019, award-winning journalist Isaac Avilucea, detailed the findings of a brief filed by the prosecutor’s office which outlined their case against Yaede.

Click the link below to read the Prosecutor’s Case Brief

The Mercer County Prosecutor’s investigation revealed that Yaede was the puppet master behind the “Fake News’ website and her campaign manager Dan Scharfenberger took his orders on what to say and how to say it from her.

The court papers revealed Scharfenberger intentionally misled The Trentonian when he was questioned about whether the Yaede campaign ran the Hamilton Spotlight blog, which surfaced around the time Yaede announced her re-election run.

Both Yaede, Scharfenberger and Hamilton Municipal Chairman Dennis Pone denied and lied about having any knowledge of who was behind the website multiple times to various news sources.

Both Yaede and Scharfenberger agreed to “publicly deny knowledge and responsibility for the blog and the post,” Petrucci wrote.

The Trentonian published an initial story about the pro-Yaede blog on March 28, in which Henderson provided records to the Trentonian showing the charges were dismissed and expunged.

Scharfenberger in an interview denied the pro-Yaede blog was affiliated with the mayor’s campaign, something he repeated in subsequent interviews.

“There is somebody independently operating that,” Scharfenberger told The Trentonian.

The Trentonian published the expungement order and associated letters from Henderson’s attorneys on its website May 27, when Yaede continued denying the records were authentic.

Yaede also claimed during an interview that the newspaper was wrongly “alleging” she was possibly the target of a criminal investigation, led by Mercer County Prosecutor Angelo Onofri’s office, into the release of the expunged criminal records.

But during his June 6 interrogation, Scharfenberger admitted to detectives that he lied several times about running the blog as part of a “campaign strategy,” Petrucci wrote.

“He stated the agreed-upon response to the press regarding the expungement claim was that [Henderson] was lying about the expungement,” Petrucci wrote.

Scharfenberger consented to allow the MCPO to search his phone in which they obtained communications between him and the various Team Yaede campaign members.

In the end, Ewing Township Municipal Judge Roger Haley made the decision to clear Yaede due to the fact that Yaede did not know the records were expunged and they were obtained legally.

Henderson’s attorney Colin Bell also added 10 John Does and 10 XYZ’s which leaves the door open for additional people to be named in the suit.

With the dismissal of the charges, rumors swirled if this was the end of the legal drama in Hamilton and for Kelly Yaede.

Both have been accused of illegal euthanasia on allegations they put down numerous cats and dogs without waiting the state-mandated seven days.

Plunkett and Bencivengo have pleaded not guilty and are awaiting trial.

Then on September 11, 2019, Mercer County Prosecutors executed a search warrant at the Hamilton Municipal Building on Greenwood Avenue and confiscated items of evidentiary value.

“I can confirm we did execute a search warrant today, said First Assistant Prosecutor Stephanie Katz, and we did take three laptop computers.”

Several sources have also stated that the FBI has conducted interviews with individuals pertaining to Hamilton Township. 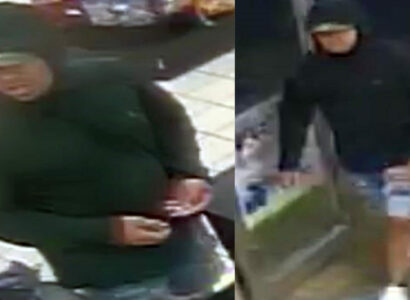 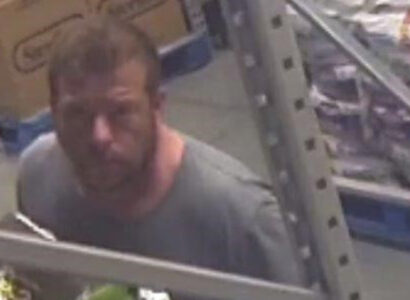