“Can I ask you a question?  Is this Heaven?”

Anyone who grew up loving baseball could probably tell you these iconic lines are spoken in the movie Field of Dreams.  For Evan Wille and his family, they will be asking the same question when their plane lands in Sioux City, Iowa on Friday, September 5th for the 2nd Annual Miracle League All-Star Weekend – an event that will see participation from over 100 baseball players with diverse abilities from Miracle Leagues all over the United States, Canada, and Australia.

Evan Wille joined the Miracle League of Mercer County nine years ago.  As a player for the Miracle League Yankees, Evan has had the opportunity to develop long term relationships with his coaches – Bonnie Ridolfino, Axel McNamara, and Pete Cardo – and his many teammates.  He never would have imagined the opportunity to represent his entire league – now over 100 players enrolled – at a national all-star game.

Back in March, the Miracle League and Trenton Thunder co-hosted a Facebook Live broadcast of a raffle pull at Uno’s in Hamilton to see which player would be the lucky winner to represent their league.  Evan’s was the lucky name pulled.

“This is great,” said the Robbinsville High School junior.  “We’re just having fun.  We’re so excited.”

Andrew Wille – Evan’s dad – echoed his son’s thoughts.  “We just want to thank the Miracle League of Mercer County, and all its volunteers and supporters, for the opportunity to be a part of such a memorable weekend.  The smiles from Evan and the other players says it all.”

“This means the world for our kids,” Sczweck said.  “Every year, another family will get to be treated like a big leaguer on the brightest stage.  Last year, we were able to send brothers Cristian and Tomas Valois, and their parents, to Findlay, Ohio for the first ever ML All-Star Weekend.  For the family, my senior volunteer committee, and for myself – it really opened our eyes.  We know what an amazing program we have right here in central New Jersey, but to see so many people from all over the country and Canada doing the same thing we are… it was just so inspiring and heartwarming.  We can’t wait to do this again with the Wille’s this weekend.”

The connections being made from this event have also proved beneficial for the local league.

“We have made some great new friendships along the way,” added Sczweck.  “I now speak regularly with the league directors of Miracle Leagues in South Hills (Pittsburgh) and Milwaukee.  We’re constantly bouncing new ideas off each other.  I joke with Tim (Gebhart) in Pittsburgh all the time, I’m taking all of your great ideas and starting them here.”

You can follow Evan and the Mercer County crew this weekend, as they head to the Miracle League of Sioux City, Iowa, by tuning in to their Facebook page @MLMCNJ

For information on how you can volunteer, donate, or support the Miracle League of Mercer County, email Dan Sczweck at dsczweck@hamiltonymca.org. 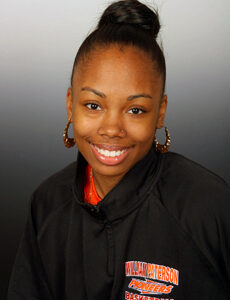 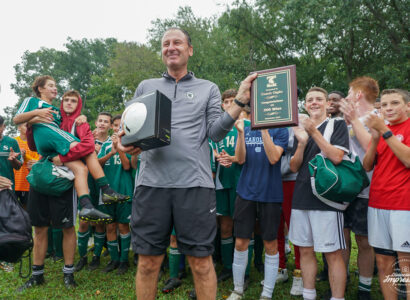