In 2018, Rosa and Freddie Rosado decided they would honor two first responder’s that went above and beyond the call of duty to give back to the local community at a “Coffee with a Cop” Community Service Awards. The late, Pablo Santiago, a Mercer County Sheriff’s Officer was one of the recipients that were honored at the inaugural event for his endless dedication to the community.

Santiago was a beloved, larger than life figure with an infectious smile and contagious personality that was literally everywhere in the community lending a helping hand however he could.

As the Rosado’s were planning and preparing for their 2019 award ceremony they reached out to the late Santiago in the fall and asked for his input for nominees. Santiago was adamant that fellow Sheriff’s Officer Pat Papero be considered.

Much like Santiago, works selflessly and diligently to make a difference not only in the City of Trenton but throughout Mercer County both as a Sheriffs officer and a leader in his union city.

In front of a packed house with hundreds of supporters, crammed into the McDonalds, , flanked by Sheriff Jack Kemler, Santiago’s wife Jennifer and daughter Gianna, humbly accepted the award downplaying his achievements, while paying homage to his friend and fellow officer.

“When I was I was told I was getting this award, I tried to talk them (The Rosado’s) out of it. Not that I didn’t want it, but because nobody compares to Pablo, Pablo was Number 1”, explained an emotional

The Rosado’s gave four additional awards for community service and dedication to : 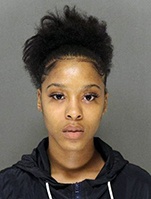 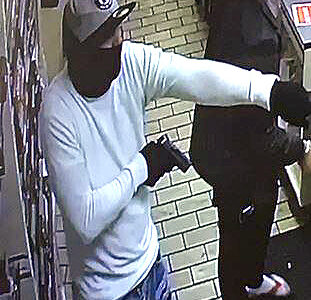