The Nottingham High boys track team were all smiles after winning the Mercer County Indoor Track & Field Championship at the Bennett Center this weekend (Photo by Jon “Disciple of Wes” Adams).

How can this be, you wonder? Well, it’s easy.

Eleven athletes won 14 medals, including five golds, to give the Nottingham High boys’ track team first place in the Mercer County Indoor Championships held Friday and Saturday at the Bennett Center in Toms River. It is the Stars second straight MCT indoor crown.

Nottingham claimed the title with 79 points, outdistancing Allentown by 11. Hamilton West finished fifth and had a gold medal winner, and Steinert 12th. In girls action, the Hornets were eighth and scored a champion, while the Northstars were 11th.

Nottingham was led by senior Jacquel Jupiter, who not only won gold medals in the long jump (21-3) and triple jump (43-11) but set school records in both. Jupiter also took sixth in the 55 hurdles. Ol’ reliable Louis Akpadago also did his thing, as the senior won the 55 meters (6.33) and 200 (22.18) and earned meet MVP honors in the process.

“The boys were outstanding,” coach Melissa “Shop ‘N Bag” Persichetti said. “They were very composed and focused. Jacquel breaking two records Friday night was huge for the team. Along with Jaier Nelson taking sixth in the triple jump, it gave us 22 points going into Saturday.”

That’s when the sprinters and hurdlers took over, led by Akpadago, whose time in the 55 was a school record and the top indoor time in New Jersey this winter.

“He ran solid, strong races,” Persichetti said. “It was awesome to see Louie run with so much confidence and pride. He is a great leader and truly earned MVP of the meet.”

Nottingham’s newest star speedster also came through, as sophomore Shamali Whittle won the 55 hurdles (7.68) and finished second in the 200.

“Shamali Whittle is unbelievable in the hurdles and has tremendous talent,” Persichetti said. “The fact he is only a sophomore is incredible.

“And we had so many other athletes add points to the team which helped us maintain our lead.”

Making the Stars effort even more impressive is they did it without standout sprinter Dana Ridley, who sat out for precautionary reasons as the states approach.

While Persichetti appreciates the effort of her team, she is equally thankful for her assistant coaches in her first year back from maternity leave.

“It is very important for me to emphasize all the effort by my assistant coaches,” she said. “I walked into the season, after taking a couple years off, to athletes who are extremely talented and well coached. Curtis Whittle is very hands on with the sprinters, hurdlers and jumpers.  He devotes a lot of time to the development of these guys.

“Jonathon Sisto and Shaquille Sanderson are huge support systems for the entire team and help these athletes see their potential. David Tees leads the distance and is focused on improving our distance team to give us more depth in the future. Robert Harris is extremely knowledgeable in numerous events and works specifically in developing the technique and strength of our shot putters.”

Speaking of shot putters, the Hornets had the best of the bunch as Jacob Darby won the event with a throw of 47-9¼. Hamilton landed two shot medals as Davidson Barthelemy took sixth.

Steinert checked in with three medal winners as Rohan Ming and Myles Pulley finished 4-5 in the 400 and Josh Klingele was sixth in the 800.

In girls action, Hamilton joined the gold medal brigade when Gloria Owusu won the shot put in 33-4, giving the Hornets a clean sweep of golds in that event. West also got two high jump medals as Abigail Pfaff and Malama Toure finished 4-6 in the event.

Nottingham garnered points in the shot thanks to 3-5 finishes from Alicia Martin and Naz Williams. 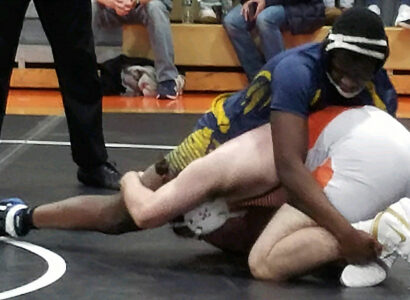 Hamilton wrestling has been good this year; Nottingham is getting better Fish 4 Scores Sports 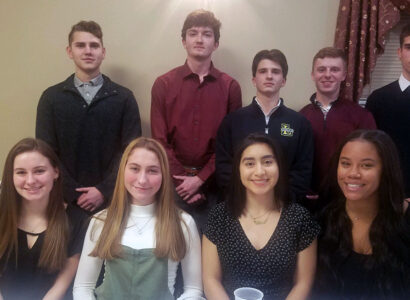