Nottingham senior Kathryn Truban had a goal and two assists to help Nottingham-Hamilton’s ice hockey team to a 4-1 win over Steinert Monday (Photo by Rich Fisher).

By Rich Fisher
Fish4scores.com
Dec. 16: Hey Kiefer Goss, how nice is it to snap a long losing streak against an arch-rival?

Well actually, that’s not as extreme as it sounds, considering what the Northstars accomplished. Like Rudolph, it’ll go down in history.

For starters, N-H snapped a 19-game losing streak that dated back to two seasons ago. Its last victory came on the road against Edison on Feb. 3, 2018.

It is also the first time since the two schools formed a co-op program in 2013-14 that N-H defeated Steinert. The Stars were 0-10-1 against the Spartans during that time.

Asked of he ever enjoyed a bigger win, Goss said, “No chance. The first one we got a couple years ago was big, but this one was bigger.”

“This is for bragging rights, honestly,” senior forward  Kathryn Truban said. “We’ll just try to keep playing our game and try to beat them next time if we can. We came into it just to play every minute and try to get the first goal. We didn’t do that but we came back, and we just tried to play simple the whole time.”

Truban was one of the Stars’ stars in the win. A 10-year club hockey player who just joined the high school team last year. Truban missed this season’s first two games due to club. She made a huge difference in her return with a goal and two assists. She scored short-handed with 10.7 seconds left in the first period to tie the game, and Nottingham (1-2) took it from there.

“Everything just clicked,” said Goss, who scored a goal despite playing with a double ear infection. “We got Kathryn back, she was a big part of the win. Everyone played well.”

Anthony Dickinson had a goal and an assist, Kevin Kolczynski had two assists and Connor Luckie added a huge power play goal late in the game.

It’s the kind of win the players hope can be a building block.

“Winning this game kind of propels us a little forward,” Truban said. “We’re all much better than last year. We’ve got a new coach (John Patterson), he’s changed everything a little bit. We have a different system. He came from Lawrence, he’s giving us different lines, different purposes. It works out much better.”

“Last year was really tough, we just didn’t have it,” Goss said. “I’m expecting much more. I’m expecting to go above .500 this year. I think we’ve got a really good team. Our new coach is running really good lines, the trap line really helps. Everything is working.”

Which is everything a team needs to become a legacy. 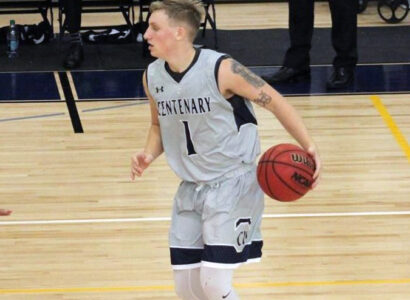 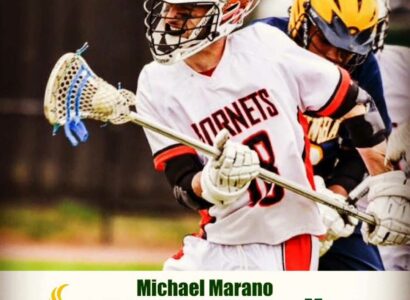