Nottingham’s Jerry Andaluz (right) stands in second place on the podium after the third-seeded Northstar made it to the Region 6 finals before losing. Andaluz is making his second straight trip to the states.

Jerry Andaluz did not reach his goal of winning a regional championship, but he has a chance to make up for that as he is making his second straight trip to the NJSIAA State Wrestling Championships in Atlantic City.

As a third-seed, Andaluz reached the 152-pound finals at today’s Region 6 Tournament before being pinned by Monroe’s 4th-seeded Ian McCabe in the second period.

“He was a man on a mission until he got caught in a headlock,” Northstars coach Jason “The Rock” Marasco said. “I think Jerry wins if that doesn’t happen. I watched the kids wrestle the last couple of days. I think Jerry is a better all-around wrestler.”

Andaluz had a first-round bye and then pinned Trenton’s Tee Lormia in 3:46 before decisioning Allentown’s Nicholas Golden, 6-2, in the semifinals to secure his second straight trip to AC.

The Northstar was Hamilton Township’s lone wrestler to reach states. Hamilton West’s 6th-seeded Daniel Ornosky, who upset 3rd-seed Joseph Teresi of Ocean Township in the quarterfinals; and Steinert’s 5th-seeded Thomas Waslyenko, who upset 4th-seeded Matt Spirko, both lost in their semifinal bouts and could not wrestle back to the third-place final. Nottingham had another bright spot on the day, as Jim “The Boulder” Becker was named Region 6 Assistant Coach of the Year. 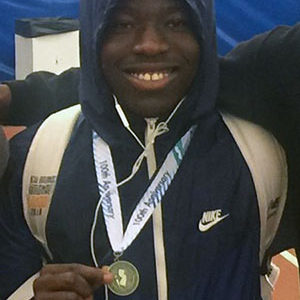 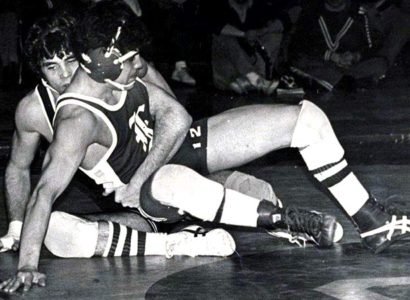