Dennis Pone(left) has been replaced as the Hamilton Township Republican Chairman by Ileana Schirmer (Right). Photo by Michael A. (The Swami) Sabo. Copyright 2019, all rights reserved.

The Hamilton Township Republican Committee has selected Ileana Schirmer as their new Chairwoman.

The Hamilton Republican Committee nominated the former Hamilton Township Councilwoman, Ileana Schirmer, and then went on to elect her as the Township Republican Chair.  Receiving unanimous support at Monday’s July 27th Reorganization meeting, Schirmer also becomes the first Hispanic to take the reins as the Committee Chair.

Schirmer replaces Dennis Pone whose term had expired after the July 7th primary.

Pone in an email to select Republicans on Sunday, July 26 stated “due to the election results of the primary election I am stepping down as Chairman effective today. I have decided that for there to be a seamless transition, I will not stand in the way of the majority goes about choosing a new chairperson of the Hamilton Republican Committee”.

The “majority” that Pone alluded to was a slew of new incoming committee people that had recently won election to the committee, taking the seats of supporters of ex-mayor Kelly Yaede who fell from grace and was easily beaten last November by current Democrat Hamilton Mayor Jeff Martin.

Committee persons loyal to the ex-mayor like her former Chief of Staff Mary Flynn and dozens of others were handily defeated in the recent primary election, clearing the way for new leadership in the local GOP.

Calls for Pone to resign rang out from various Republicans immediately after the November 2019 blood bath election which saw Democrats take control of Hamilton’s government.

Pone found himself mired in controversy during the 2019 election when the ex-mayor was criminally charged and Pone was caught lying about his involvement in an alt fake news website that published expunged records of Yaede’s primary opponent David Henderson.

Henderson lost the primary election but would go on to sue the Township as well as various individuals and political organizations including the Hamilton Township Republican Committee in which Dennis Pone served as Chairman at the filing of the lawsuit, Yaede’s campaign committee, “Friends of Kelly Yaede”, Yaede’s Former Cheif of Staff Marty Flynn, Yaede campaign manager Dan Scharfenberger, and the Township of Hamilton for the release of the expunged records which is still currently pending an outcome in the court system.

Schirmer looks to the future

“The Hamilton Republican Committee will be a professional, inclusive organization with the focus on engaging, educating, and developing future Republican leaders.  This new chapter in the organization reflects a new beginning with Republicans who are excited and ready to engage all for the betterment of the township, county, and state that we all love.  The energy at tonight’s meeting was very exciting and inspiring.  I am ready to work together with our great committeemen and women to make it all happen.” Schirmer stated.

When reached for comment State Republican Chairman Doug Steinhardt said, “Ileana Schirmer is a leader in the New Jersey Republican Party. As a former Councilwoman, candidate for higher office and statewide influencer in building a more diverse and responsive GOP, she is the right person to bring new life and a winning attitude to the Hamilton GOP. I look forward to working with her in her new role.”

Correction: This article has been updated and corrected. Earlier the article stated that Schirmer would be the first female Hamilton GOP Chair, however, Cashel Schmittinger Darvas served as Chairwoman of the Hamilton GOP in 2008. Corrections have also been made with a link to David Henderson’s initial lawsuit filed in September of 2019. 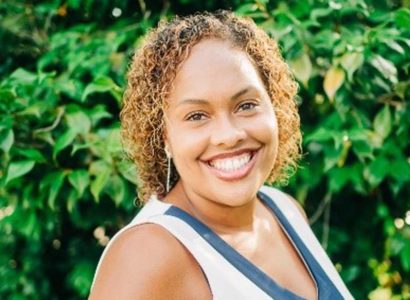 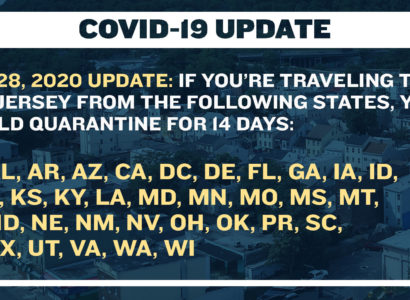 
Michael Coldsmith-Briggs III aka "Archangel" the deputy director of the F.I.R.M. will use his underground connections to report on local politics here in Hamilton and throughout Mercer County in an attempt to fill a void in reporting in honor and in the spirit of the great "Wally Edge" founder of the original PolitickerNJ.com.