Five years ago Robbinsville Mayor, Dave Fried along with his wife Kathryn, came up with the idea to use his State of the Township address as a means for helping those he serves who are in need and dubbed it “Pay it Forward”.

In years past and in other towns a “State of the Township” address is much like our nation’s state of the union, where elected officials tell you how good of a job they think they are doing for the residents. They’re long, uneventful, and often boring.

But Fried’s innovative, out of the box, self-less idea of turning his event into a fundraiser instead, has raised over $300,000 in 5 years for various non-profits is uplifting, emotional and leaves those in attendance walking away feeling better about Robbinsville’s government and its community.

This years event benefited Mercer Street Friends in an effort to “Send Hunger Packing” and raised $65,000 that will go to help feed children throughout Mercer County.

The Robbinsville community, led by Township employees as well as the Boys’ and Girls’ Scouts, also conducted an extensive food drive that filled a Bohren’s Moving & Storage truck with donations and was presented to the organization at the end of the evening.

The event drew a crowd of nearly 300 people and was completely sold out.

“Tonight has it all, the nuts and bolts of good government and philanthropy unrivaled anywhere in Mercer County”, explained Cimino as she kicked off the evening’s program to the packed house.

Very special guests Marci and Seymour Josephson were seated at the mayor’s table and received a prolonged standing ovation for their courage, dignity, and strength in the face of the unspeakable loss of their daughter, Samantha on March 29.

“We will never forget Samantha’s name and we will make sure it lives on by reminding others using ride-share services to ask “#whatsmyname?”

During his speech, Robbinsville Mayor touched on some highlights which included cutting taxes municipal taxes for the 4th straight year in a row, opens space preservation and the success of the C.A.R.E. program. All the like of which he added were only able to be accomplished because he has an amazing team around him.

All five Robbinsville Councilmembers of Ron Witt, Vince Calcagno, Chris Ciaccio, Mike Cipriano, and Dan Schubert were in attendance. Council members Dan Schuberth, Christine Ciaccio, and Ronald Witt recently announced their campaign to seek re-election this November.  The trio was last elected together in 2015 on a platform focused on fiscal responsibility and open space preservation within the Township.

“We don’t hide from our residents and we don’t hide at Council meetings,” Mr. Fried said. “We take questions and give those residents answers in real time. When there is criticism to be taken, we take it. That is the difference between us and other municipalities.”

The mayor also touted the success of C.A.R.E., which he described as a “major gamble.”

“Being the first town to implement an opioid intervention program and telling our law-abiding residents that we are going to stop putting people in jail for possession of heroin was a huge risk,” Mayor Fried said. “Everyone could have bashed us for it, but it was the right thing to do and a risk we were willing to take. Sending people to rehab is five times less costly than sending them to prison, and almost no one comes out of prison better off. C.A.R.E. is working because we were willing to try, and thankfully our residents trusted us enough to give us the latitude to do what is necessary to succeed.”

You can view the entire program speech below 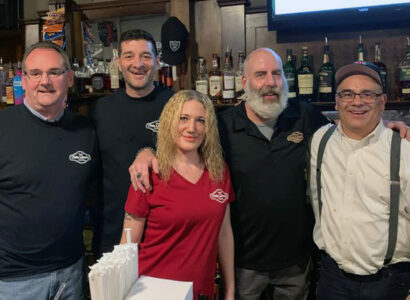 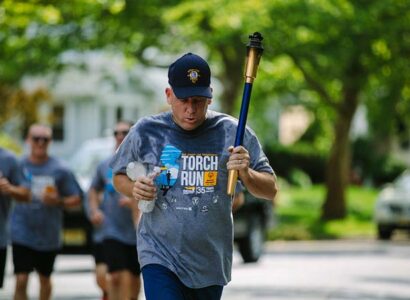