When former Republican mayoral candidate, David Henderson stepped to the microphone at last Tuesday’s town council meeting and posed the question about what was the status of the “sewer rate study”, no one would have predicted it would “clog up” peoples social media newsfeeds with the hashtag #poopgate and “backup” the news cycle for days .

But the announcement by Hamilton Business Administrator that there would be no “rate study” as he had promised, did just that.

After a video surfaced of Hamilton officials at a budget meeting discussing the proposed “rate study” Kelly Yaede and Dave Kenny attempted to walk back their interpretation of the video with the Hamilton Mayor saying she never favored the study and Kenny said he and the temporary CFO had spoken out of turn and without the Mayor’s approval according to an article in the Trentonian.

Kenny, who had just been thrown under the bus by Yaede in the article then when into an outburst claiming that the (Trentonian) was anti Yaede and then turned his sights on Henderson, the former mayoral candidate, railing against the paper for having the audacity to quote him.

“That’s funny, I still occupy that much space in their heads? I hope they don’t start charging me rent for that space…who knows how they would come up with that amount between Mulrine, Kenny and Yaede and the way they calculate their voodoo budgets, explained Henderson when reached by phone on Friday evening

Clogged Lines of Communication? The Poop Scoop on the billing issue in layman’s terms.

Hamilton claims Robbinsville owes over $2 million dollars in unpaid sewer fees for 2018/2019 for use of the Hamilton sewer plant services because Hamilton provides this as a shared service agreement which has been in place for nearly 50 years!

Robbinsville Mayor Dave Fried is questioning the last two years bills his town received because his charges have gone up over a $1 million bucks in a single year for the past two years.

We invested over $15 million in capital improvements in our town’s sewer lines to reduce the “flow”… which by the way… we did. Our resident’s aren’t flushing the toilets any more than they were in 2017, but suddenly in 2018 and this year, they (Hamilton Twp) claim we owe them almost $ 1 million more. No one can answer to why that is claimed Fried. I know why, because their sewer budget has a massive hole in it and this was a way for them to plug that hole in an election year, so they didn’t have to raise taxes and fees! That’s why I wanted a “rate study” and up until a day ago, everyone was on board.

Hamilton Claims it will Sue Robbinsville for Balanced Owed!

Hamilton Business Administrator and Former Councilman Dave Kenny told the Trentonian that Robbinsville should expect to be sued for the balance that Hamilton claims are owed to them!

“We have an attorney from North Jersey,” he said. “You’ll probably see a copy of it on Monday.”

Robbinsville Mayor David Fried welcomed a lawsuit in an effort to get this settled once and for all.

“We have done our best to be good neighbors, I have asked for an explanation of their billing, I have offered to pay for a “rate study” to ensure both towns are getting a fair and balanced rate for all ratepayers. I welcome judicial intervention at this point.”

Yaede, Capodanno take to Facebook in tandem attacks against Henderson and Fried

Yaede posted on her 2019 campaign facebook page the “surfaced” sewer budget meeting video, pointing out to certain parts of the 5-minute video to defend her stance that a rate study would stall payment due and then went on to attack her former Republican primary opponents “controversial” social media posts.

She pleaded her case against Henderson and attacked him on our facebook post in the comments section on the “surfaced video” claiming Fried endorsed Henderson in the primary. (That is not true, Fried did not endorse any Republican Candidate. The only Republican elected person that made an “official endorsement of Henderson was Councilwoman Ileana Schirmer.)

Meanwhile, her running mate Vinnie Capodanno  got tangled in a battle of wits with various Robbinsville and Hamilton Residents and the R’Ville mayor himself on a post by David Fried about the sudden renege on the “rate study” in which Fried responded:

“Vinnie Capodanno please don’t threaten me. Come to my Town anytime we look forward to seeing you. Bring your A game you will need it. I call the ball as I see them and I don’t need people to fight my battles for me. I am quite capable of fighting my own battles. I have a responsibility to protect our Town and the video clearly shows Kelly lied.“

Robbinsville Residents Go with the flow on Social Media

Some Robbinsville residents decided to have fun with the controversy on Social Media. Below is a post that garnered over 100 comments all poking fun at the issue:

Residents of Robbinsville, I have a plan to help our Mayor in #PoopGate. My understanding is that Robbinsville is roughly 15% of “the flow”. Let’s reduce that number so Hamilton gets less money from us. Make sure you poop outside of town. Poop at work if work is outside of Robbinsville. Hit up one of the businesses on 33 if you can hold it long enough. Let’s stand together and clench our butt cheeks to fight for what’s fair. #PoopInHamiton

Then of course came the Internet Memes: 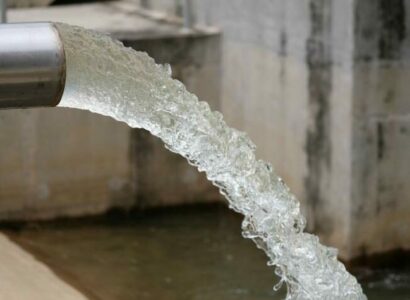 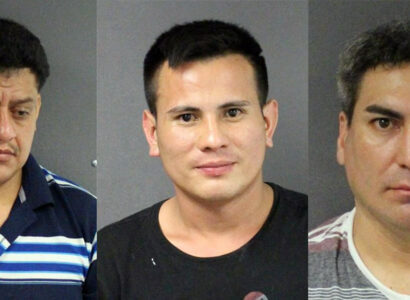