Jack Angelini may have blinked in this picture, but he never flinched in throwing a five-inning shutout at Ewing Wednesday. Angelini is one of numerous young pitchers the Hornets are counting on this year (Photo by Rich Fisher)

By Rich Fisher
Fish4scores.com
Apr. 4: Hamilton West baseball coach Mike “Mo” Moceri has some familiar faces in his everyday lineup, but most of his pitching staff is pretty much introducing themselves to the Colonial Valley Conference.

Outside of senior veteran Justin Wiltsey, the remainder of the Hornets pitchers are seniors Miguel Azcona and Jason Diaz, juniors Nick Diaz and Tyler Solymosi, and sophomores Nate Rodriguez, Jack Angelini, Mike Nielsen and David Zamora.  Wiltsey, Zamora, Angelini, Rodriguez and Diaz are being looked at as starters for now.

“We’ve got a young staff,” Moceri said. “I think we’re gonna go as far as they take us. I don’t think we know yet about how they can do. Sometimes in the preseason you get the cold weather, it’s tough to kind of see what they have. But we’re gonna see here early on what our young guys have and we’ll go from there.”

They have seen some good things in the early going. In an opening night loss to Steinert, Diaz pitched five outstanding innings of relief, allowing one run, two hits and two walks with four strikeouts. Two days later, Angelini threw a five-inning five-hitter with no walks and three strikeouts in an 11-0 win over Ewing.

“Nick was going to start (against Ewing) but since we had to use him, he got pushed back,” Moceri said. “Nick pitched absolutely awesome. He gave us a chance to win that game.”

Angelini, making his first varsity start, was in control throughout the game.

“I threw a lot of fastballs just to try to get ahead,” he said. “Off-speed was hard, it was really windy, the change-up would just go and the curveball wasn’t breaking much.”

But Angelini was ready for his debut.

“I didn’t pitch much last year, just a couple innings,” he said. “During the off-season I put in a lot of work, going to pitching coaches, working on stuff. I hoped I would earn a spot in the rotation.”

He may have cemented it on Wednesday, although Moceri would like to see him develop more of a game plan.

“I just don’t think he thinks,” the coach said with a chuckle. “I think he goes out there and just throws. He’s got some guts out there. If he thinks the game of baseball a little more, he can be very effective. I want him to think a little bit more. He’s got god stuff. His breaking ball was sharp. If he throws his three pitches for strikes, which is important, he can be very effective.”

Aside from new pitchers, Hamilton also seems to have developed a fresh attitude after going 12-11 last year. The Hornets fell behind Steinert, 5-0 after two innings but hung in to make it a game. They scored five in the first against Ewing and built on the lead from there.

“We’ve shown a lot of maturity,” Moceri said. “We were young last year, we’re still kind of young this year but we’ve got a good core group of seniors. But last year in that (Steinert) game we get 10-runned. This year we showed fight and we come back. Last year in (the Ewing) game, we may win 5-0 but we’re seeing a lot of maturity with our guys. I think it’s gonna take us a long way if they can figure it out and buy in.”

“Being down 5-0 our team would have quit early last year,” senior third baseman Sean Elefant said. “This year we didn’t with our leadership and knowing we can come back and hang in tough games.”

Elefant felt the first-inning five-spot against Ewing was the best way for the Hornets to get the loss out of their system.

“That was everything,” he said. “It’s easy to hang your head and it’s harder to come back strong. To win 11-0 and take it to a team, it builds up our team’s morale, and we just have to take it to the next game.” 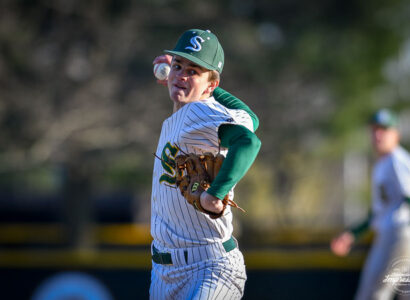 Video: Steinert’s Beczo conquers his nerves and former team on a memorable night for the Mini Dweller Fish 4 Scores Sports 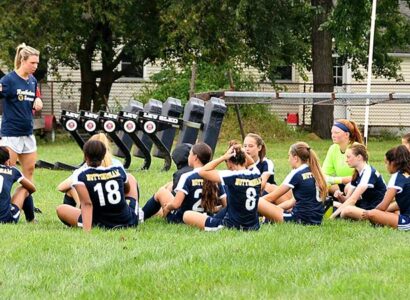