Who says rivals cannot be friends?

Certainly not the participants in Hamilton N.E.W.S.

Formally known as “Hamilton North, East, West Students”, Hamilton N.E.W.S is a club formed two years ago by pupils from Steinert, Nottingham and Hamilton High School West. Students, along with three vice-principal advisors – Steinert’s Dr. Lauren Brazil, Nottingham’s Dawn White and Hamilton’s Brian Rogers — work together to spread diversity and kindness while sharing the idea of “One Hamilton” within the schools and community.

The inspiration originated at Rider University’s Annual Day of Dialogue, an event for Mercer County high schools to address social issues, such as racism, gender roles and stereotyping; along with sharing the importance of diversity and acceptance. Last fall, the 40 students who attended Day of Dialogue wished to bring its concepts specifically to the township high schools in light of the many stereotypes and barriers their populations had with each other. 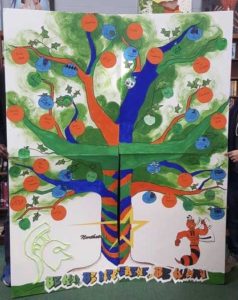 The Hamilton N.E.W.S. Unity Tree that students created to demonstrate their purpose and create a visual of One Hamilton.

In early spring 2017, the group met with Brazil, White and Rogers at Nottingham for the first time.  After officially creating the club name, students also came up with a mission statement: “Be Kind. Be Different. Be Human.” They got to know each other and created their goals as a club along with a pictorial of their purpose: a Unity Tree. The tree represents Steinert, Nottingham and Hamilton as the roots, while the colors of each school are intertwined to make up the trunk and its branches. It shows how the students are stronger with their roots and continue to grow and multiply with the support of each other.

“The eagerness of the student body to get the idea and keep it moving is what propelled us… the idea kind of took a life of its own,” White explained. “The ideas and concepts are important in society today and they have opportunities ahead of them to be leaders in life,”

Hamilton N.E.W.S. is not only looking to unify the schools, but to overcome “micro-aggressions like prejudice, racism, gender bias, sexual orientation and things of those natures,” Brazil noted. “This is the platform and voice for teenagers to be able to speak on those really tough issues that sometimes it’s really hard to have a conversation about with your group of friends.”

In just two years, the population of Hamilton N.E.W.S. has grown to over 120 members. Participants have presented in front of the Human Relations Subcommittee and even the Board of Education to spread their message. They have gained community support from Superintendent, Dr. Scott Rocco, local churches, political organizations, councilmen and staff from all three schools.

Steinert senior Roldy Dupont, a founding member of Hamilton N.E.W.S., said, “just through my experience, I have never been so social with different parts of Hamilton before. As a community, we are breaking down a lot of barriers.”

This school year, as the three high schools plan to return to the Day of Dialogue, Dr. Rocco enrolled Steinert, Nottingham and West not as three separate schools, but as “One Hamilton.”

And what this One Hamilton has done so far is impressive.

Hamilton N.E.W.S. has organized Swap Days, where students from all three schools were able to attend a different high school in the district for a day and “shadow” other students from that school. This allowed students to see that the three high schools are more alike than different and allowed them to look past stereotypes while experiencing the school’s culture and environment. 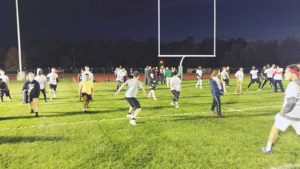 N.E.W.S. participants along with the Unified Special Olympics athletes playing a friendly flag football game during Hamilton’s Week of Lights.

The club also organized the Week of Lights this past October, including the Unified Flag Football Game. N.E.W.S. students teamed up with the Unified Special Olympics athletes to play flag football, while cheerleaders, students and families from all three schools cheered them on.

This past winter, the group extended its message down to middle school students. High school club members spent the day with selected eighth graders to share their experiences and promote kindness, positivity and acceptance.

“It lessened a lot of their anxiety and it empowered them to come to high school with this new open mind,” White said.

In just two years, the genuine impact Hamilton N.E.W.S. has made on each high school’s environment is inspiring to the entire Hamilton community.

“If I would have ever thought in my career that I would be able to be a part of this, I would have never guessed it,” White said. “But now that it’s in my lap, I am running with it.”

Hamilton N.E.W.S. has increased to over 120 members this school year. Students met to plan the Week of Lights for the Hamilton community and create other goals for the school year.

The students are continuously learning and embracing traits of leadership, character, and individuality within every aspect of the club. The future of Hamilton N.E.W.S. is limitless due to the amount of passion and determination to make Hamilton Township a more accepting and kinder place.

Editor’s note: This is the first of a three-part series on Hamilton N.E.W.S, a club designed to bring all three township high schools together. Future stories will present the organization from the student’s view, and from the faculty’s view 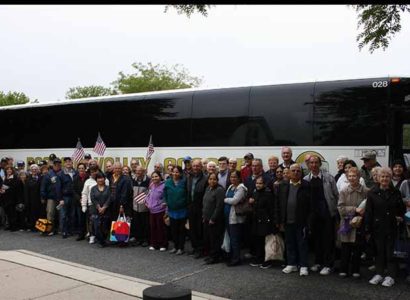 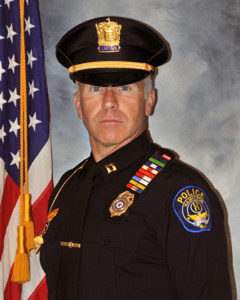