Feb. 21: Before the Nottingham High and Hamilton West track & field athletes prepare to do battle in the NJSIAA Group III meet Feb. 28-29, it would make sense to look back on how they got there.

The Nottingham boys did so with their typical outstanding effort. The Northstars got gold medals from Louis Akpadago and Shamali “King Mali” Whittle at the Feb. 14-15 NJSIAA Group III Central championships, and advanced a total of 10 athletes in six events

The West boys got a gold from Valentin Augustin at CJ III, and will advance five boys and two girls to the Bennett Center in Toms River.

“There were a lot of boys that had great performances,” Nottingham coach Melissa “Shop ‘N Bag” Persichetti said. “It was very impressive the top three teams in sectionals were all Mercer teams, that’s great for Mercer County.”

Those teams were Allentown (74 points), Nottingham (69) and West Windsor-Plainsboro North (44). The 4×400 relay had the same finish as Allentown edged the Northstars by just 5/100ths of a second.

“It was a tough loss, especially when I know how much work these guys put in,” Persichetti said. “That four by four race at the end was an awesome race by both us and Allentown, it was a great race to watch. The kids went out and had awesome splits.

“Looking at it as a coach, they all had great performances, they just came up came up short.”

Great performances have been the norm for Akpadago this winter as he won the 55 meters in 6.34 to nip Ridley (6.61) for the gold. Judeson Mirac finished fifth as the Stars advanced three to the states.

“He had a huge win in the 400,” Persichetti said. “Shamali is just a sophomore and he’s a stud. You can literally put him in a variety of different races. He’s a person you can throw in a 400 and then he can come back and almost win the hurdles.”

Between the two sprints, the hurdles and the relay, Nottingham will fill eight lanes. Much of that success is due to volunteer assistant Curtis Whittle, Shamali’s dad.

“He’s really working with this group of varsity guys,” Persichetti said. “He spends a lot of time with them, looking at very detailed part of their races and giving them high quality workouts. He is a huge person behind these guys.

“He’s listed as a volunteer but that doesn’t mean anything because of the amount of work and time he puts into it. He is at practice with detailed plans. He’s a huge reason for why these guys are getting to the top level that they are. He knows his stuff.”

Persichetti feels a person of Whittle’s knowledge is necessary when it comes to high caliber runners.

“When you get these kids that are super talented and really good and athletic, when they get to those high levels a lot of it is looking at every detail,” the coach said. “Curtis is really good at that.”

But the Northstars do not live by sprints alone. Cory Louis-Jean took second in the pole vault with a school record clear of 12-feet.

“That was a great performance,” Persichetti said.

The Northstars also fared well in the shot as Geordany Alexis and Richard Targbe finished 3-4.

“Going into groups, we feel very positive,” Persichetti said. “The boys are very dedicated to going in there and showing up and showing how hard they’ve been working.”

Hamilton’s Augustin earned his gold in the 55 hurdles with a time of 7.63, just edging out Whittle.

“Valentin has been on the rise since the end of last spring season,” coach Danielle Grady said. “We have been working on his form coming out of the blocks and he has corrected it. Beating one of his rivals (Whittle) was something he wanted to do, and he accomplished it. He has been staying humble and is looking to an even better spring season.”

Another Hornet who has been on a rampage is Jacob Darby, who took second place in the shot put.

“Jacob has been working hard on his technique this year,” Grady said. “He’s focusing on his spin and getting his leg back quicker. His focus and drive is to be one of the best to come out of West.”

Darby will have company in the circle at states, as sophomore Davidson Barthelemy advanced with a sixth-place finish. Brandon Muir got through with a fourth-place in the 55 hurdles, while Max Floreal claimed fifth in the high jump.

On the girls side, Hamilton junior Abigail Pfaff took second in the high jump, while Gloria Owusu was third in the shot. 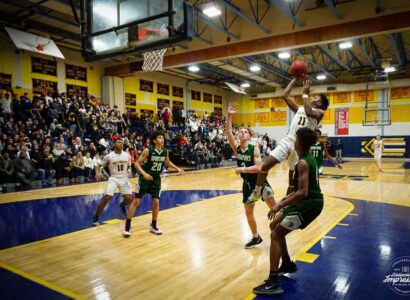 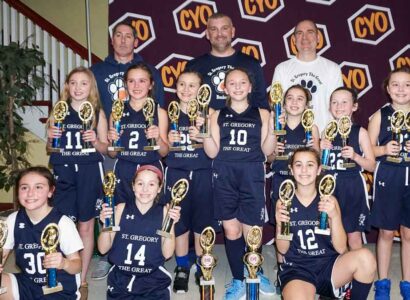