Dara “The Wheaties Wizard” Kelly led the way for the Steinert Softball team with 4 hits in their win over Hammonton. File Photo by Michael A Sabo

May 31: It was 30 years ago that the Steinert girls soccer team defeated Indian Hills in the 1988 state final at The College of New Jersey, which was then Trenton State College.

The 2018 Spartan softball team will try and live up to the legacy when it meets that same Indian Hills school in the NJSIAA Group III championship game at Kean University (which was Kean College back in ’88).

Steinert will make its third straight trip to the Union campus this weekend after dispatching South Jersey champion Hammonton, 5-1, in the Group III state semifinal at Stockton University in Galloway today.

“It’s really exciting,” senior leftfielder Megan Brugnoli said. “I have all the adrenaline in me and I’m ready to be back there.”

Steinert defeated Middletown South in 2016 and lost to South Plainfield last year in a walk-off heart-breaker. If the Spartans have one advantage, it’s experience in big games.

“It’s exciting, it’s fun,” said coach Jean Ruppert, who has built a dynasty not seen at Steinert since the days of the powerful boys soccer and baseball teams. “It’s great for the kids, it’s great for the new staff of coaches, it’s something new for them. My family members and my coaching friends are involved, they’re enjoying it, the freshmen are all excited about it.

“I’m really proud of the group. The returning core is showing the other girls how we need to go about business and do things so I’m excited we get to play one more day together and go from there.”

Going from there would mean the Tournament of Champions if Steinert wins, but the Spartans worry about one thing at a time. It is why they are playing so outstanding now. Kaylee “The Salad Princess” Whittaker is locked in, the defense has been consistently solid and sometimes outstanding behind her, while the offense keeps taking advantage of opposition mistakes.

Steinert turned five Hammonton errors into three unearned runs today, including three errors in the second that produced a 2-0 lead.

“Kaylee throws well, we’re gonna get our share of strikeouts, and we also know they’re gonna put balls in play,” Ruppert said. “They’re a nice ball club, they put the ball in play so when they are hit, we need to make the plays so I’m thrilled with our defensive part of it.”

Hammonton (19-8), behind gutsy freshman pitcher Kenzie Edwards, showed what happens when plays are not made.

Alex Haley and Olivia Owens reached on one-out errors and Brugnoli singled to load the bases. Dara “The Wheaties Wizard” Kelly beat out an infield RBI single, and Carli Backlund reached on the inning’s third error that scored Owens.

“It was huge for us to capitalize,” said Kelly, who had four hits. “I’m glad we did. We were hitting the ball well and used what we had to get those runs in.”

Steinert added one in the third when Cora Bridgers walked and scored on Haley’s single. Hammonton got one back in the bottom of the inning, but the Spartans tacked on two in the sixth on Bella Truelove’s fielder’s choice and Whittaker’s sacrifice fly.

“Those runs took so much pressure off us and Kaylee because now we had our little bit of cushion,” Kelly said.

It looked like Whittaker would need it when a single and double put runners on second and third to start the seventh. After a quick talk at the mound, she struck out three straight, giving her seven for the game and 200 for the season. 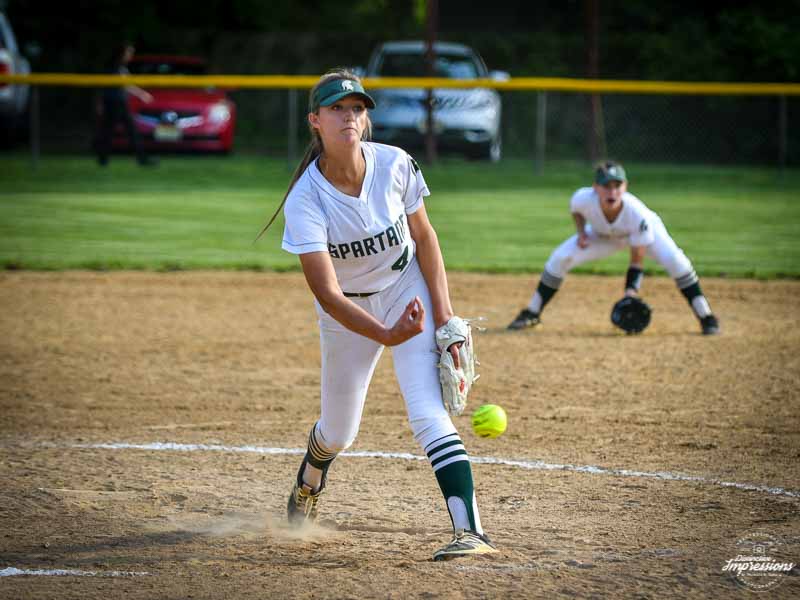 Kaylee “The Salad Princess” Whittaker struck out her 200th batter against Hammonton in the Group III state semifinal at Stockton University in Galloway. File Photo by Michael A. Sabo

“I wasn’t surprised,” Brugnoli said. “She can get out of anything. She’s amazing.”

“Sometimes that’s when she’s her best,” Ruppert said. “There’s something that just switches on in her and she says ‘OK, we threw a couple we thought were good, we didn’t get a called third strike.’ It gets frustrating but she says let’s seal the deal and then she does it.”

And while Whittaker has been outstanding in states, Kelly can’t be overlooked as she had two singles, a double and triple today after getting two singles and a triple in the CJ III semis at Burlington Township.

“Dara is awesome,” Ruppert said. “I love Dara to death, I love the way she plays. When Dara made her early varsity appearance she was nothing more than a courtesy runner. She was fast, she was smart as a freshman; and this is where she is as a senior and I’m super exited for her. She sets the table, when she goes, we go and everybody kind of follows. I’m really happy for Dara.”

Kelly has even surprised herself.

“I don’t think I saw this in my future but I think its super cool after all the hard work I put into it,” she said. “This year she put me in the leadoff spot and I wasn’t seeing the ball. I got put down to nine, worked super hard to get back up to number one and I’ve been seeing the ball so much better since mid-season.”

Taking her place at No. 9 is Brugnoli, who helped keep one two-run inning rolling and scored a run in the second two-run frame.

“I just like to put the ball in play,” said Brugnoli, who is the third sister in her family to play for Steinert. “Nothing long, just make contact and run everything out. It’s great with Dara after me. I get on, she gets on and we just have a domino effect from there.”

“Megan was red-hot today had some really great ropes,” Ruppert said. “She’s very smart at the plate, she’s consistent defensively. She and Dara are seniors, I’m happy it’s their turn to shine and do some things. Kaylee is a tremendous pitcher for us she did her thing and then the seniors do theirs. Everybody is playing really well, I’m really happy.” 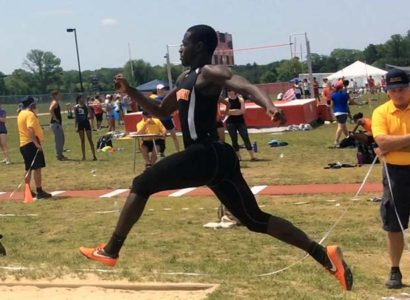 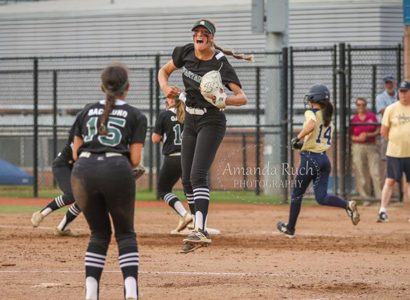