June 8, 2018: The NJSAIAA gave Steinert and Lodi Immaculate Conception seven innings to figure out who was the best softball team in New Jersey.

The Spartans needed just one to put that argument to rest.

Fourth-seeded Steinert scored a mind-boggling nine runs in the first inning and then rode the invincible arm of Kaylee “The Salad Princess” Whittaker to a 9-0 win over 3rd-seeded IC in the NJSIAA Tournament of Champions final at Seton Hall University tonight.

The Spartans (26-5) became the first Hamilton Township team to win a TOC title and did so by never trailing once in nine state tournament games.

Steinert Coach Jean Ruppert was at a loss for words after the final out.

“I really don’t know how to describe the feeling- Just Amazing!  I’m so proud of them, they have worked really hard the entire season. They hung together, Im so happy for them and what they have accomplished,” explained Ruppert.

Kaylee ” The Salad Princess” Whittaker took the circle in the top of the first and quickly retired the side and the Spartan fans that packed the house at Seton Hall erupted in cheer!  But they were just getting started.

The Lady Spartans were out to prove to all of New Jersey, they are undeniably the best as they sent 13 hitters to the plate in the bottom of the first inning.

Dara Kelly led off with a walk, Carli Backlund mover her to second and was safe at first on an error.  With 1 out Whittaker singled, scoring Kelly and the hits just kept coming.  Cora Bridgers blasted a double, Alex Hailey knocked in another run with a seeing-eye single.  Then with the bases loaded, Nicole Cerasi punched a base-clearing double.  By the time the first inning ended, Steinert amassed 7 hits for 9 runs.

“They say hitting is contagious, once we got the first run the hits kept coming and we just started rolling” explained Whittaker.

From there, Whittaker would put the Spartans on her shoulders and with faith in her defense, she pounded the strike zone allowing just 2 hits, one walk and striking out 15, including the sides in 2 of the 7 innings.

” It’s just always trusting my teammates, I know I can throw strikes and put the ball where the other team can hit it but I trust my defense to make the plays behind me,” added Whittaker.

In the end, it was the first inning that decided the entire game against Immaculate Conception, who beat Robbinsville by a score of 12-2 to get to the TOC final.

Nicole Cerasi, led Steinert with 3 RBI’s said, “It feels really great, we knew we had to come out strong with bats early and we did, we got it done”

They got it done all right as they made history for all of Hamilton Township and could possibly go down as the best team in Spartan history.

Then again, with Kaylee Whitaker coming back again next year…maybe history can repeat itself.

Rich Fisher contributed to this story. 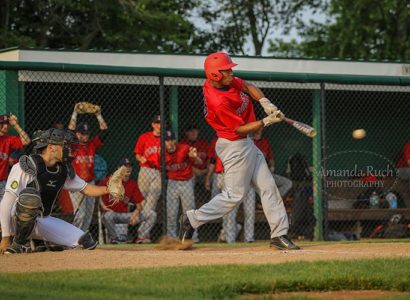 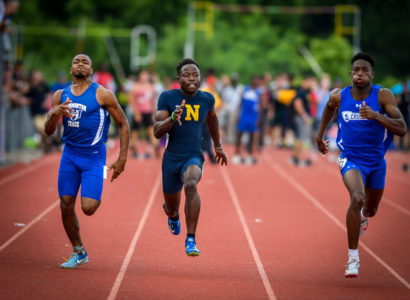