Steinert High School running back and 2018 Richard Fornaro MVP Award winner Xavier Roman celebrates after scoring one of his three touchdowns on the day.  Photo by Michael A. Sabo

In an age old Hamilton Township tradition that now marks 60 years, thousands of family, students, alumni, and residents braved the blistering cold weather to witness what is the most anticipated high school football gam each year in the local area.

In the end, it would be the Spartans from Steinert High School who would emerge victorious blanking the Hamilton West Hornets by a final score of 26 to 0.

Steinert got on the board fast when they scored on the game’s opening possession when Miles Smith found the end zone on a 36 yard run down the sideline.

After Smith had picked off the ball on the Steinert 44 while at defensive back, he started the ensuing seven-play drive with a 30-yard run. The Spartans’ Xavier Roman covered the last 11 yards of the drive on three carries to score the touchdown for a 13-0 lead.

Rich Fisher talks with Miles Smith and Xavier Roman about the Spartans win over Hamilton West on Thanksgiving.

From there, the Steinert defense took care of business, loading the box and completely shutting the Hornets leading rusher Kevin Boswell and cramping the Hamilton running game.

Steinerts Xavier Roman iced the game when he took a screen pass from Nick Wright and went 25 yards for a score with 5:51 remaining in the fourth quarter.

Each year a player from each team is honored as an MVP from each school. 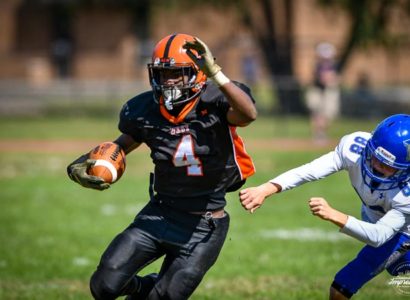 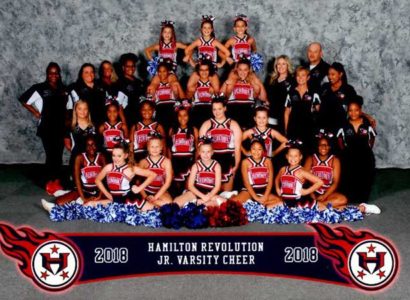