Savion Copper sets up a block against Nottingham. Photo by Michael A. Sabo.

It has been a pretty tough year for the Steinert football team, but senior lineman Savion “Second Son of Cooperazi” Cooper has quietly been putting forth a solid effort week after week.

But it’s not quiet anymore, as Cooper has been named the Offensive Lineman of the Week by the 12th Man TD Club. Cooper will be honored at the Nov. 5 dinner at Massimo’s in Robbinsville.

Defensively, Cooper had seven tackles and two sacks in helping the Spartans hold Trenton to 105 rushing yards (50 which came on one play). “Savion never comes off the field for us,” Caruso said. “He has played every snap on offense and defense all year.” 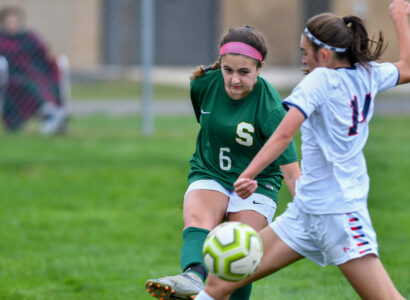 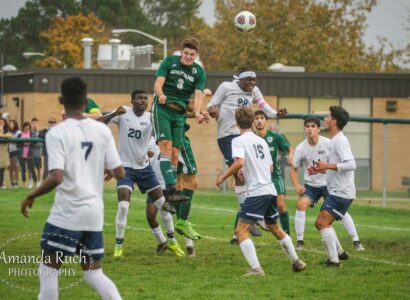