Nick Gates traveled to NYC to bring Kevin and others extra layers on the streets as the beginning of his work for Hopeful Homage.

Sitting at his desk during his junior year at Steinert High School, the drawings and sketches filling Nick Gates’ notebook were simply a fun past time. As the pages filled with more and more drawings, his curiosity and creativity began to find a purpose.

Within the same year, Gates’ sketches blossomed into his very own clothing brand, Strange Living Collective (SLC), and built a platform for what is now, four years later, an inspiring community based on positivity and acceptance.

Through social media and Gates’ friendly personality, SLC clothing encourages adventure, confidence, and friendship. It sheds light on a new lifestyle of living in the moment and being “strange” while creating an inspiring movement through the younger generation.

The idea to make clothes came to Gates in 2014.

“I wanted to figure out something that was me,” he said. The name Strange Living Collective originates from the lifestyle he wants to live; he “took being called weird and stuff like that and turned it into the brand,” while promoting a different way of living through genuine positivity and adventure.

Printing the orders in his basement and shipping them personally, each piece of clothing, whether it’s a t-shirt, sweatshirt, long sleeve tee, tank top, hat or sticker, includes sayings like “Stay Swell” or “Strange” with many bright colors and designs of Gates’ own creation.

“It gives you the freedom to wear what you want, be what you want and rock whatever style you’re feeling,” explained supporter and close friend of Gates, Christie Ciberey. 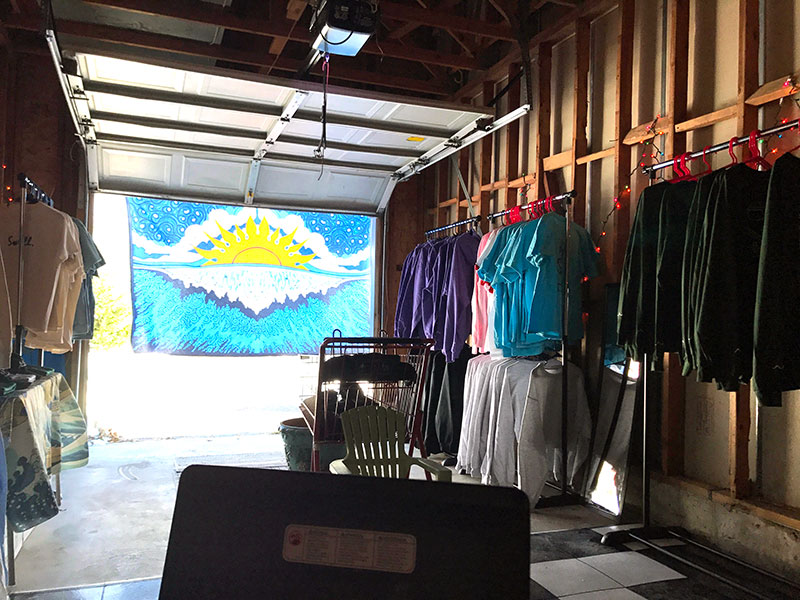 One of the SLC pop-up stores in January 2017 where people were able to hangout and buy some gear! 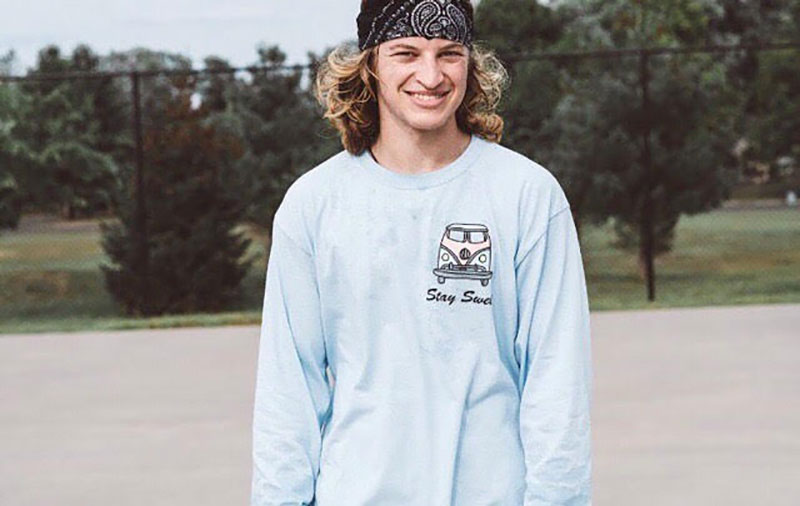 The first SLC photoshoot captured Drew Ferraro skating while wearing the most popular of SLC clothing, the Traveler. 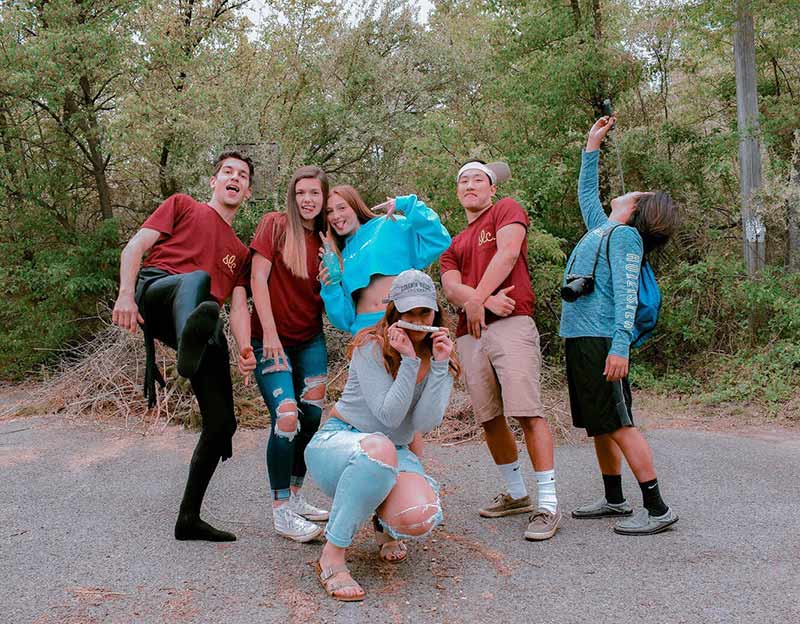 The Wanderer Photoshoot is the beginning of an adventurous video between Nick and Steinert senior, Chris Kim. 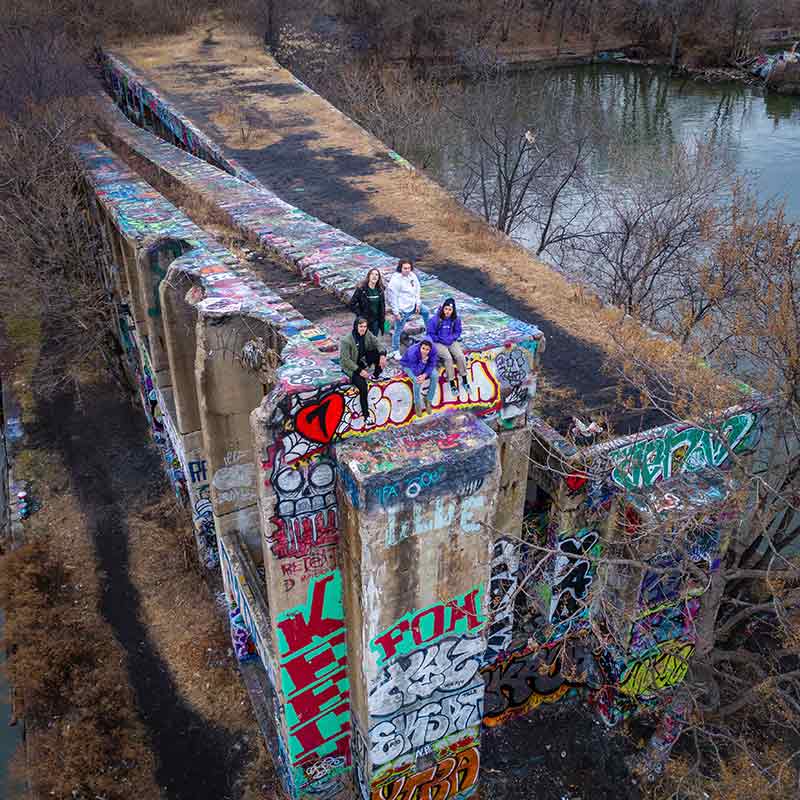 One of the SLC photoshoots at Graffiti Pier. Nick describes this as a day of adventure. “I met them for the first time that day and we ended up leaving like family!” 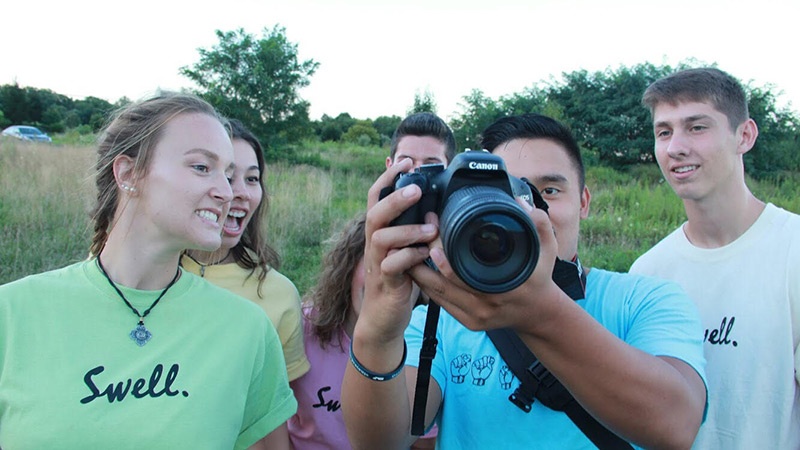 The Wildthings photoshoot contained a lot of positive energy and joy from the models and the photographer! 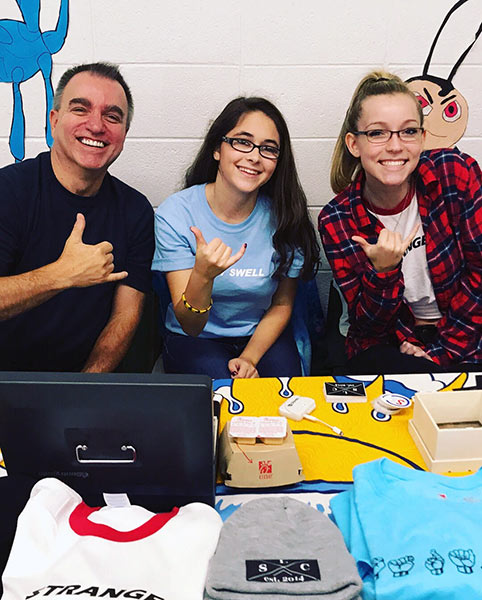 Mike Kasian, Olivia Babice, and Cassidy Mansmann hanging out and working the Steinert High School Craft Fair in the fall of 2017.

The company’s impact on those involved, from wearing the apparel and supporting the message, is very strong. “SLC to me means the freedom to create,” said Ciberey. The clothing provides ways to express imagination and creativity while promoting a new way to live.

“The more I got involved, the more I really tried to apply the message to my own life and it has made such a huge difference,” stated Mansmann. As the SLC community continues to grow, the family it has built continues to strengthen as well.

To promote and advertise his work, Gates organizes creative photo shoots with photographers and models that he reaches out to or receives interest from. He travels to all sorts of places capturing the essence of SLC while meeting new people and seeking adventure.

“We all always have such a great time together even if it’s just the ride to the location to take pictures, everything is always happy and we all become instant friends if we aren’t already,” SLC model Chloe Zoldi said.

Gates created the official SLC website in March 2017, which includes online ordering and shipping with insight about their future goals, team members and where in the country SLC is represented. The owner hopes to one day reach all 50 states and Australia.

On the site’s homepage, Gates writes, “SLC is more than just clothing. Living strange is truly a lifestyle in itself. Take the time to imagine, meet others, and experience everything the world has to offer. When you choose to go against the basic ways of living, that is when you truly live.”

The SLC company works on various events such as an upcoming volleyball tournament to support Hopeful Homage, a cause to bring warm clothing to those less fortunate during the winter. Along with supporting the cause, Gates, with help from various family and friends, has been involved with craft shows, pop-up stores. They were even at the Freedom Festival selling merchandise and growing the SLC community.

Gates hopes to soon get his SLC apparel into Eastern Lines Surf Shop in Belmar. Over the next 10 years, he wants to help 10,000 people through SLC and their causes like Hopeful Homage.

This past June, SLC sponsored Steinert track & field team members with the new release dri-fit shirts as they advanced to New Balance Nationals in North Carolina. Robert Huegel, part of the Spartans’ national-qualifying relay team, feels that the sponsorship “has opened my mind to just how much (Gates) can affect a lot of other people’s lives in the community.”

“SLC and the work that Nick has done has made me feel inspired that the future of the world is in great hands because of people like Nick spreading positivity, accepting everyone and working hard on a goal,” said Steinert substitute teacher/girls lacrosse clock operator, Mike Kasian.

Gates favorite part about his work is the people he gets to interact with; he admires the fact that folks are coming together simply from his drawings during high school. The SLC creator has inspired so many people and has been extremely successful in promoting his messages. “I admire his energy, enthusiasm and dynamic personality,” explained Kasian, “It is contagious.”

With every planned activity or event, every clothing sale, and every person that joins the SLC movement, Gates always keeps in mind how he got to where he is today; “A dream is a dream until you start to execute and then the dream is a reality,” he explained. “You can only dream so much before you have to start and then you can make something beautiful.” 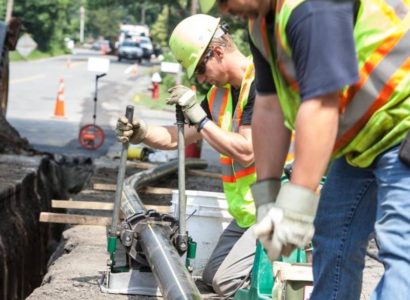 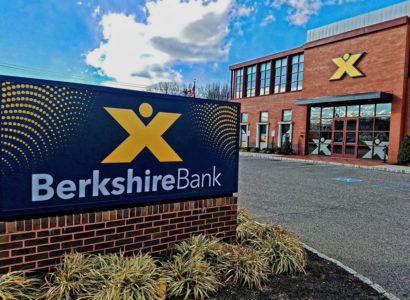