The Supreme Court on Thursday threw out the convictions of two political insiders involved in New Jersey’s “Bridgegate” scandal, saying that “not every corrupt act by state or local officials is a federal crime.”

The court said in a unanimous decision that the government “had overreached in prosecuting Bridget Kelly and Bill Baroni for their roles in creating a massive traffic jam to punish a New Jersey mayor who refused to endorse the reelection of then-Republican Gov. Chris Christie.”

“Because the scheme here did not aim to obtain money or property, Baroni and Kelly could not have violated the federal-program fraud or wire fraud laws,” the court ruled.

Justice Elena Kagan said “The evidence the jury heard no doubt shows wrongdoing — deception, corruption, abuse of power,” in her 15-page opinion. “But the federal fraud statutes at issue do not criminalize all such conduct.”

Time For Some Traffic Problems

It all began in early September 2013, when Port Authority workers were ordered to shut down two of three local access lanes from Fort Lee to the toll plaza of the George Washington Bridge.

The admitted architect of the scheme was David Wildstein — a former Republican operative, and a high-paid Port Authority political appointee working on Christie’s behalf. He would later work with the prosecution and testify that he knew the lane closures would cause major traffic backups, and saw it as a point of leverage that could be used against Mark Sokolich, the mayor of Fort Lee.

When Sokolich, a Democrat, suddenly backed off an expected endorsement of Christie, prosecutors said that Kelly, Baroni and Wildstein set the scheme in motion.

The Bridgegate plot, which began with Kelly’s infamous email, “Time for some traffic problems in Fort Lee,” set off massive gridlock on Fort Lee’s narrow streets leading to George Washington Bridge during portions of five days in September 2013. The three access lanes from Fort Lee to the Bridge were reduced to just one. Cars, buses and trucks — along with police, fire and ambulance units — then backed up into the borough’s streets, unable to move for hours.

Baroni, as the Port Authority’s deputy executive director, had been accused of approving the plan and then trying to cover it up.

Baroni and Kelly had been convicted in 2016 and Christie was never charged with any wrongdoing and denied any knowledge of the plan, which nevertheless helped sink his failed 2016 presidential campaign.

Statement from Bill Baroni on the Supreme Court Ruling

“I am thankful for the Supreme Court of the United States for this clear statement of my innocence.  After years of investigations, indictments, trials, appeals and even prison, today the Court has vindicated me and has made clear that I committed no crime.

I have always said I was an innocent and today, the Supreme Court unanimously agreed.

These have been very difficult years for me, my family and my friends.  There were many tough days, and it was their faith in me and my innocence that allowed me to get through this.

My legal team has been extraordinary.  Mike Levy and the team at Sidley Austin are extraordinary legal professionals, and it was clear the Supreme Court saw one of America’s top lawyers argue my case.  Mike and I have known each other from the first day of law school at the University of Virginia.  He is an amazing lawyer and true friend.

I have been asked do I regret going into prison even though I have now been vindicated.  I don’t.  My fellow inmates at Loretto prison taught me so much about strength, resilience, and determination.  They kept me going, even on the other side of the jail bars.  And I shall always be there for them.  I hope and pray they are well taken care of in this perilous time of COVID-19.

I want to thank my friends who were always there for me:  coming with me every day to the trial; keeping me upbeat even in dark times and never letting me give up.  You can tell who your friends are when you go through something hard; I am so blessed with great and amazing friends.

And thank you to my friends and family in Ireland.  Many supported me by their visits, their thoughts, their notes, their prayers.  Mile buíochas le mo chairde ar fad in Éirinn.

Today is a long-awaited victory.  But, as we are all living in the time of Coronavirus, my joy in being vindicated is tempered by my concern for the people with whom I served time in prison.  This is a scary time for all of us; it is especially scary for people in prison who can’t self-isolate; can’t socially distance; can’t stay 6 feet apart.  I am going to do all that I can to make sure they are not forgotten.

I have always believed in public service.  And now that the Supreme Court has ruled so clearly,  I can continue my efforts to serve my community.  And I am going to work to help those who are headed to prison, in prison, and getting out of prison.  I have learned much in these past seven years about our criminal justice and prison systems.  And I am going to spend these next years helping those that are caught in them.”

“From the day he was arraigned, Bill made clear that the charges against him were false and that he had not committed any crime.  The Supreme Court’s decision today confirms that Bill was right.  Bill is, as he has always said, not guilty.  Although the process of getting to this day has been an ordeal, Bill is heartened that the system ultimately worked, even as he recognizes how often it fails others who are less fortunate.  At long last, Bill looks forward to moving on from this case and continuing his life of service.” 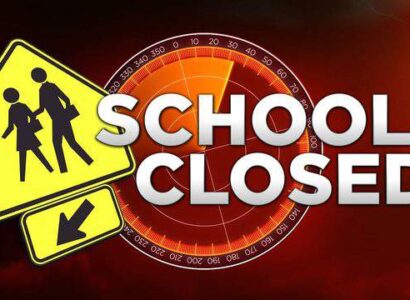 Schools to Remained Closed for the academic year Community News 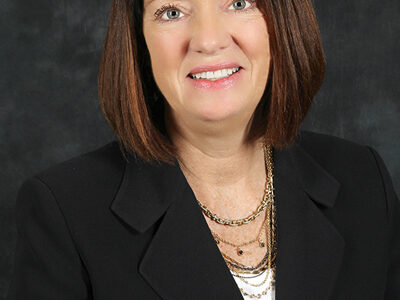