The school year has started, and with it comes the start of the scholastic sports season. But before plunging into the 2018-19 campaign, it’s only fair we look back on the year that just passed.

It was, without a doubt, the most eventful high school sports year in Hamilton Township history. From September through early August, things just kept getting better with each passing season.

Making it even more impressive is that each of the three public high schools were represented in some way in the success. 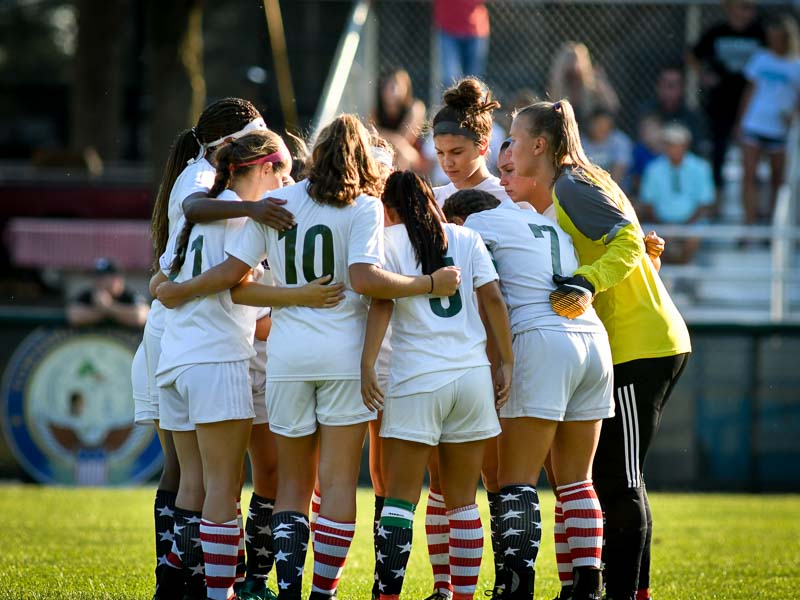 The 2018 Steinert Girls Soccer Team. Photo by Michael A. Sabo

Let’s start with the fall, where the Steinert girls’ soccer team won the Mercer County Tournament on a memorable evening at The College of New Jersey. The Spartans defeated an Allentown team it lost to earlier in the year to give the program its first Mercer County Tournament crown since 2006. Included was a mind-numbing, semifinal victory over Pennington.

Steinert came agonizingly close to another crown before falling to Wall in the Central Jersey Group III final – the Spartans first trip to a sectional championship since 2007.

To think, that was just the beginning. 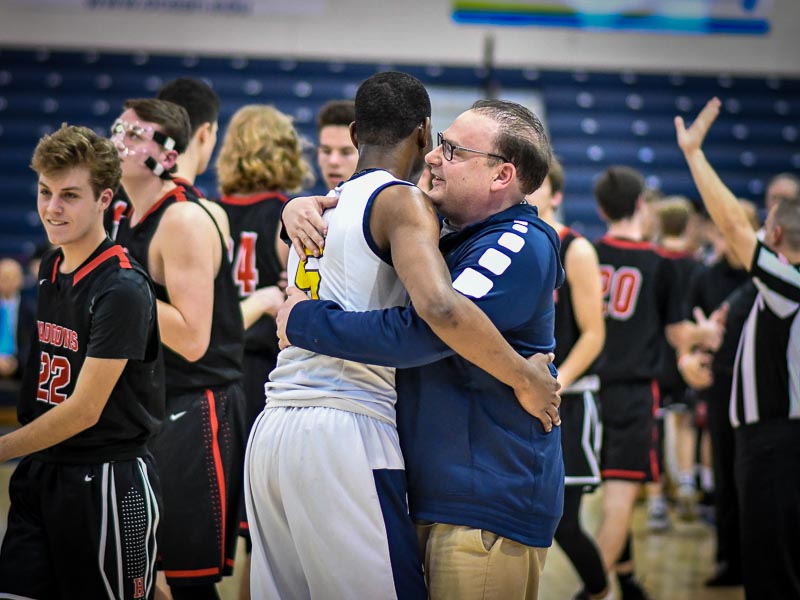 Next up came the greatest boys’ basketball performance, not just in Hamilton archives, but in Mercer County public school history.

The Nottingham boys’ basketball team provided a joy ride that captured the entire township and beyond. The Northstars also won the Mercer County Tournament – the first in program history – but their achievements went well beyond that. Nottingham went on to claim the CJ Group III title with an incredible overtime win at Moorestown, and proceeded to take a workmanlike victory over Chatham in the Group III title game at Rutgers.

As if that wasn’t enough, the Stars became the first Mercer County public school team to win a Tournament of Champions game by defeating Haddonfield. Nottingham then played Roselle Catholic extremely tough in the semifinals before finishing the year with a 30-3 record.

Nothing could beat that in the spring,  right?

Although the Steinert softball team could not defeat nemesis Robbinsville in the Mercer County Tournament finals, the Spartans were about to give Hamilton township another history-making run. Steinert reached the Group III championship game for the third straight year and won its second state title during that span.

What followed next was nothing short of remarkable as the Spartans blew through the second NJSIAA Tournament of Champions, unseating state power St. John Vianney in the semifinals and scoring 10 runs in the first inning against Lodi Immaculate Conception to become the first township team to claim a TOC title and the first Mercer team to win a softball TOC.

School let out a few weeks later, but the winning kept right on going. 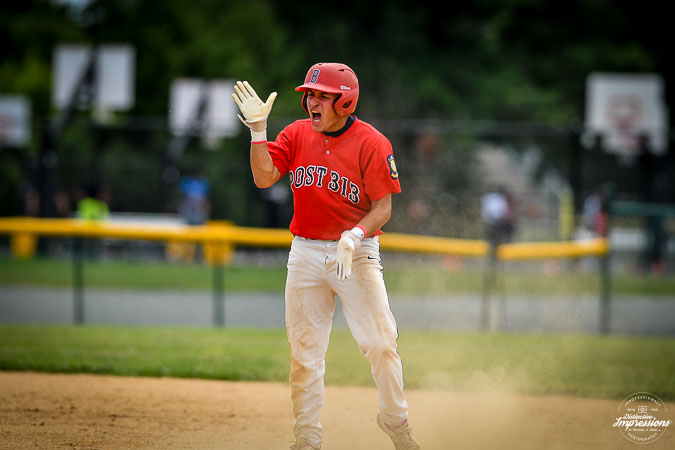 Brien Cardona shows some excitement after blasting a double down the line to score Darius Landing giving Broad Street Park a 1-0 lead. Photo by Michael A. Sabo

Broad Street Park Post 313 – comprised mainly of Hamilton West players past and present – went on an amazing run to win the team’s first state championship since 1975. The state clincher came on a walk off grand slam with BSP trailing by two runs against Whitehouse. That made it three straight state titles in three straight athletic seasons for the township.

Unfortunately, after winning its first two region games, BSP’s run came to an end; but that could hardly douse the light at the end of a truly spectacular scholastic sports year in Hamilton.

What will happen this year? Hard to say, but we’ll be around to check it all out!

The 12th Man TD Club is back to honor Mercer County football players every other Tuesday at Massimo’s in Robbinsville; and yours truly along with Slammin’ Sam Goldberg and Chris “The Pilgrim” Ermer will be hosting a live video stream show from the event. We will interview coaches and players before the dinner gets underway and preview the week’s upcoming games.

Our first show was last night, and each show will begin around 6:45 on the Tuesdays of Sep. 18, Oct. 2, 16, 30 and Nov. 13, 27. Every show will be posted on the station’s website and Facebook page after being aired live. On off weeks, Sam and I will do a football preview show from the WBCB studio that will be posted. The station website is www.wbcbsports.com.

O’Gorman Trophy to be awarded Saturday

The football season in Hamilton gets underway Saturday with Nottingham visiting Steinert at 12:30 p.m. Prior to the game, the George O’Gorman Trophy will be presented to the Hamilton Township school with the best overall record last year.