Ryan Schultz gives a high five to teammate Aiden Chulamanis as he leaves the game against WWP. Photo by Michael A Sabo.

July 3: There is a difference maker in the dugout of the Nottingham 12-year-old District All-Star team.

But he means everything to the Square Boys in their “quest” to win a District 12 title.

The young man who was the inspiration for Ryan’s Quest is also an inspiration for Nottingham, as Ryan Schultz has been made an honorary member of the team for however long its tournament run lasts this summer.

Ryan suffers from Duchenne Muscular Dystrophy (DMD); a devastating and progressive muscle disorder that only affects boys, causing a loss of both muscle function and independence. DMD affects approximately one out every 3,500 boys born worldwide. It is the most common, lethal genetic disorder diagnosed during early childhood.

Ryan’s Quest was created by Schultz’s parents, Maria and David, as a fundraising organization to try and bring an end to the hideous disease.

For now, however, Ryan’s main quest is to help root Nottingham to four more wins in the District 12 tournament as he proudly wears his No. 10 in the dugout and is introduced as a team member prior to each game.

“Ryan has been friends with these guys since they’ve been little,” manager Adam Bendas said. “They’re all the same age. Unfortunately, Ryan hasn’t had the opportunity to play Little League baseball because of his medical condition. He’s been coming out watching us for years now. When we went as 10 years old to the Regionals, he supported us on Game Changer or came to games he was able to make.

“So this year it was important to me, and the other coaches on the team to bring him in as part of our team. He really can’t throw a pitch or hit the ball, but he’s as much a part of this team as any other kid on this roster.”

Teammate Deacon Bowne has known Ryan “for about three years, compared to the other kids it’s not that long.” But it has been long enough for Schultz to prove to Bowne what he’s all about.

“He’s awesome; he’s a huuuuuge inspiration for us,” Bowne said. “He gets us going, he gets us hyped up. It’s just awesome having him in the dugout.”

What impresses Bowne the most, is he doesn’t sit around feeling sorry for himself. He’s more concerned with making Nottingham a winner.

Teammate Aiden Chulamanis concurred, saying, “He definitely gives us inspiration. He’s like a huge part of our team. He gets us going, he always high fives us when we get back to the dugout, and during the practices, he always helps out and everything. He’s such an important part of our team.”

And as Bendas points out, the biggest attribute that Schultz brings, is proper perception. If Nottingham does not win another game, each coach, player and parent walk away winners just by being exposed to their courageous, emotional leader

“He’s our inspiration,” Bendas said. “The joy this kid brings to our team every day is incredible. It’s a great positive for everybody involved and it puts things into perspective for everybody. You’re worried about your kid striking out in the bottom of the sixth, and here’s a kid that never had the opportunity to play. So it’s just a huge inspiration for everybody.”

Worth more than any home run or leaping catch could ever provide. 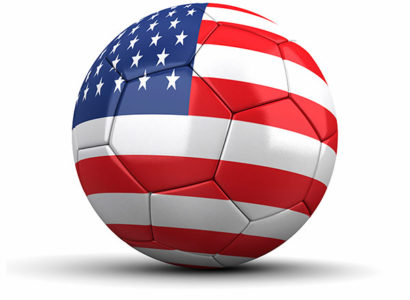 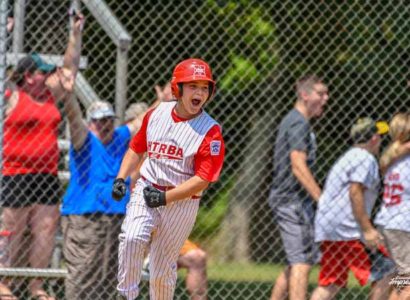