But it has already proven it’s the most exciting team.

For the second straight game, The Brae pulled off a miracle comeback, defeating West Windsor 5-3 in the elimination round final tonight on Anthony Giglio’s two-run homer in the top of the seventh inning.

Sunnybrae will now try and win two straight against Bordentown, which has won all three of its games during the tournament. The two will meet at Sunnybrae 11 a.m. Saturday and if the Yardville Gang can win a fifth straight game, it will be winner-take-all at 1 p.m. Sunday.

After rallying from a 5-4 deficit in the ninth inning against Robbinsville Wednesday (with Giglio getting the game-winning hit), Sunnybrae found itself in a similar situation against West Windsor, which had beaten the Brae 1-0 in the first game of the tournament. Sunnybrae trailed 3-0 after three innings, and 3-1 entering the sixth. Two errors and two RBI ground-outs tied the game; and in the seventh Chase Porcella walked and Giglio slugged a 2-2 pitch over the leftfield fence to make it 5-3.

“We just never give up,” Giglio said.

Cole Manderson then retired West Windsor in order in the seventh, capping a perfect night in which he set down all six batters he faced to get the win. Click on the video to see Manderson’s thoughts on the team.

As for Saturday’s game, Giglio said his team is confident but that “They’re gonna be a really tough team. It’s gonna be a tough game.” 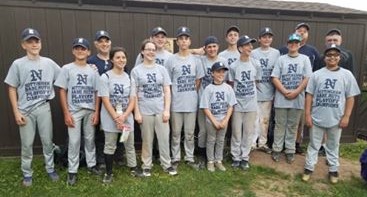 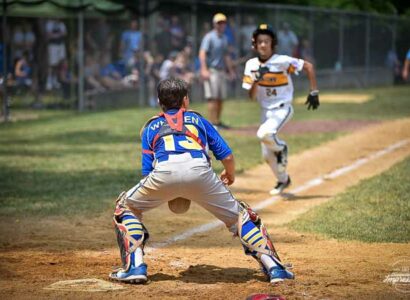