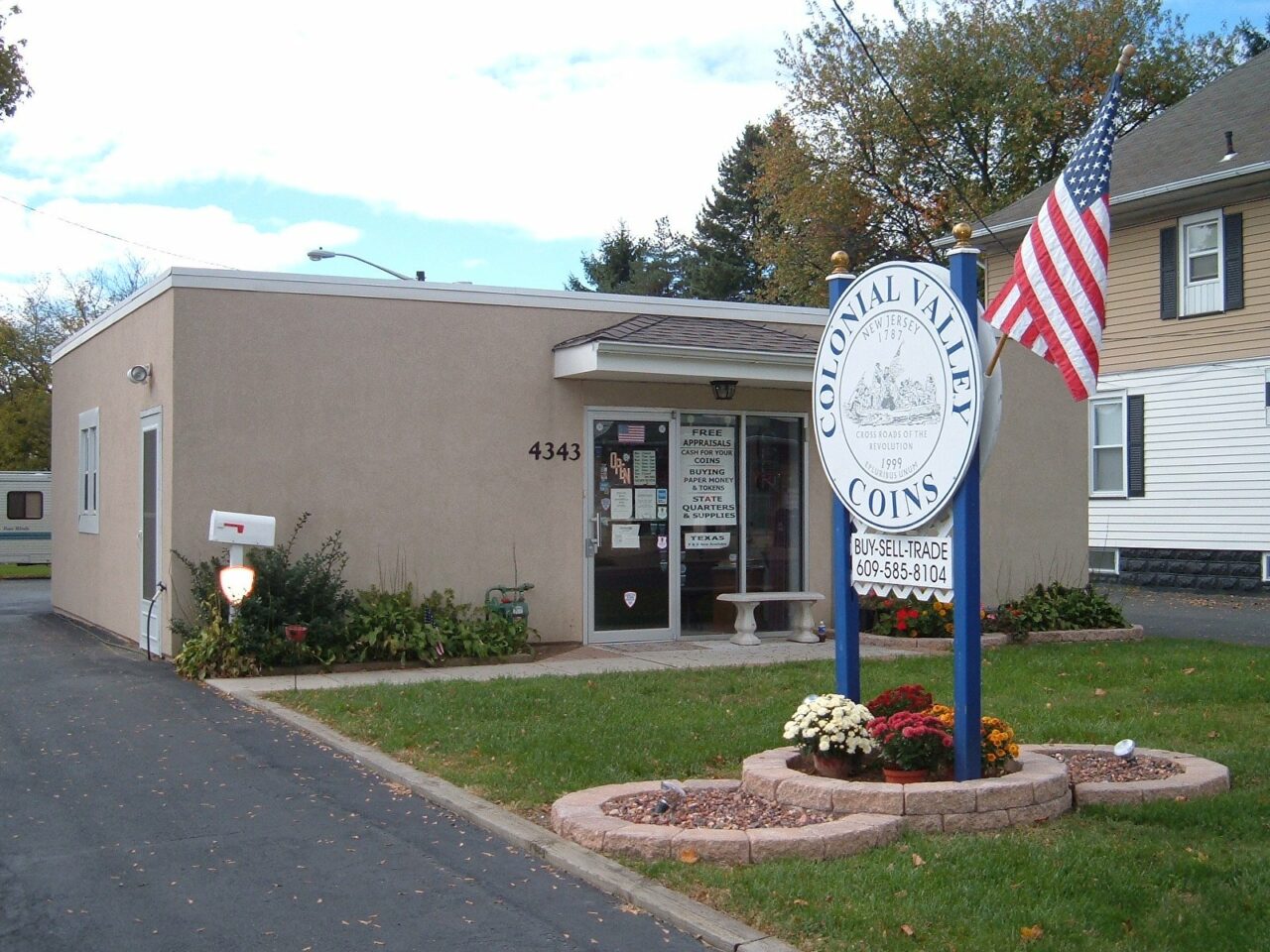 Since 2001 Colonial Valley Coins has been the areas most trusted dealer in U.S. ,Canadian Coins, and precious metals.

Colonial Valley Coins is proud to introduce Bohdan 'Bo' Bobjak as the new managing partner. While Bo will be responsible for CVCs day-to-day operations, Harry will continue to be available to his loyal customers by appointment. You can look for Bo to provide the same service you have come to expect from CVC since its inception.

Bohdan Bobjak started collecting coins when he was 9 years old after buying 5 Indian Cents at the kiosk in Gimbel’s Department store in Downtown Philadelphia.

In High School he was President of the Stamp & Coin club and became a vest pocket dealer with his Physics Class teacher as his first major customer. In his twenties he moved to Arizona where he continued with his coin collecting and dealing. During that time he started to run a monthly coin show which continued for several years. While there he also became President of the Tucson Coin Club and ran their National Coin Show for 3 years.

Later he was hired by Tucson Coin and Autograph as Manager of their store which he did for two years before returning to the East Coast.

Currently, Bo is the Managing Partner of Colonial Valley Coins in Hamilton, NJ.

Harry Garrison’s interest in coins was first stimulated by the Canadian coins issued for the 1976 summer Olympics held in Montreal. Prior to this event, his interest had been US stamps.

Harry began dealing in coins on a regular basis in the fall of 1991. Partnering with Ray Flanigan, Harry and Ray traded as Flanigan and Garrison until Ray retired in 1996. Harry continued on under the trade name – Colonial Valley Coins - setting up at various shows on the east coast.

Harry opened his coin shop – Colonial Valley Coins – in January 2001. The shop, located at 4343 South Broad Street in the Yardville section of Hamilton, was an opportunity to continue in the rare coin business as a retirement activity. It keeps him off the street, out of the house ( wife is happy ) but off the golf course.

If you have coins to sell, please contact Harry during the day at Colonial Valley Coins or after hours on his Cell Phone at 609-851-6165.

I buy U.S. and Canadian single coins, Proof and Mint Sets, raw coins, certified coins ( PCGS, NGC, ICG, ANACs, etc ) silver, gold and platinum coins and medals. Also, all foreign coins.
I cannot give estimates based on lists. Reviewing your coins is imperative to assuring an accurate evaluation. The evaluation is free and available anytime during business hours. If the collection warrants, I will come to your home or designated place for the free evaluation. Evening hours are available, and appointments can be scheduled.

DO YOU HAVE COINS TO SELL? CONTACT ME! I AM ALWAYS IN THE MARKET TO BUY COINS.  INFO@COLONIALVALLEYCOINS.COM

If you have coins to sell, please contact me! I buy single coins, sets, coins in albums, raw coins, proof and mint sets, silver, gold, and certified coins; basically all U.S. and Canadian coins.

Unable to bring the coins to the shop?

Ship your coins via registered, insured mail for my evaluation and offer. I will evaluate your shipment the day of arrival and contact you with my offer. If my offer is acceptable I will send you immediate payment. If my offer is over $10,000, I will wire funds to your bank, if you desire. Should my offer not be acceptable, I will return your coins in their original holders via registered, insured mail at my expense.

No collection is too small or too large!