A winter snow storm which is expected to bring the largest amount of snow so far to our area is underway.

A winter storm warning has been issued for Mercer County, New Jersey.

The latest briefing from the National Weather Service indicates periods of snow mixed with sleet will result in hazardous conditions. Snowfall rates of an inch per hour are possible, leading to rapid accumulations and quickly deteriorating road conditions. Periods of rain are also possible.

Just how much snow the Trenton area will get seems hard to pinpoint. Weather reports for Central Jersey along the I-95 corridor state that the area could see as little as 3 inches possible up to as much as 6 inches snow.

The state of emergency went into effect at 3 p.m. Sunday.

State offices have a delay announced Governor Phil Murphy on Sunday. Essential employees should report to work at their normally scheduled time.

There’s also a commercial vehicle restriction on several major highways and speed restrictions on the Garden State Parkway and NJ Turnpike. Murphy urged people to stay home during the storm and off the roads.

Murphy and other state officials encouraged residents to delay their commute or work from home on Monday, if possible.

“Our main concern is with tomorrow morning’s commute,” Murphy said during a Sunday afternoon phone briefing with the media. “Use common sense and caution.”

The state Department of Transportation had 2,500 pieces of equipment out preparing roads ahead of the storm. The State Police activated its emergency operations center at noon, officials said.

Garbage pickup for Monday, March 4, has been canceled due to storm.

Hamilton Township Schools have a delayed opening as of 8 pm on Sunday night. They will re-evaluate in the morning and make a decision by 6 am.

Hamilton has 625 lane miles of roads which the Department of Public Works responsible for snow removal operations.

“This is fast approaching and moving storm and will be out of there by 5 am”, explained Hamilton Township Public Works Director David Carothers.

The town has roughly 30 pieces of equipment ready to deploy to handle operations.

One of the pieces in Hamilton’s arsenal that will not be deployed in this storm’s operation is the now internet famous John Deer road grader which has its own memes and nickname – Grady. The grader has been a hot topic at many council meetings about cost-effectiveness for the township to own the piece which came at a price tag of $297,000 for resident and taxpayers.

“That’s for huge, huge storms. Double-Digit accumulations. We use it for snow removal and breaking up ice, say if a water main breaks and you get an accumulation of ice, the grader is the tool you need to have”, continued Carothers.

Depending on the amount of snow Hamilton sees will determine the need to plow neighborhood side roads.

“It depends how much snow we actually get in inches, if we get a certain amount then we go in and plow the (side) roads, if we don’t get that amount then we don’t go in. It’s usually around 4 to 5 inches. If we go into the secondaries that’s when we bring in the contractors and that will double my fleet”, said Carothers.

Michael A. Sabo contributed to this story. 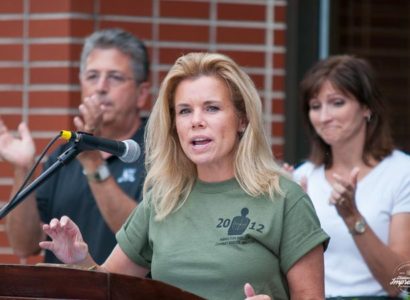 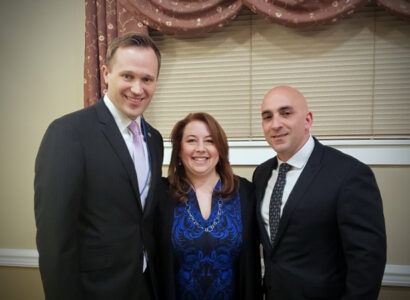 Schools to remain closed until at least May 15