Nick Wright fires a pass against Allentown last Friday. After a tough start, Wright heated up in the third quarter and showed signs that the Spartans may have a pretty good quarterback on their hands (Photo by Amanda Ruch).

Sep. 25: Several minutes into the second half at Allentown High School last Friday night, it appeared Steinert’s football team was en route to its worst offensive performance of the year.

After their first seven possessions, the Spartans had amassed just 58 yards and two first downs. They did had gone three-and-out in five straight series; the running game was stagnant and quarterback Nick Wright was just 3-for-13 for 41 yards.

This did not look like a team capable of overcoming a 20-0 deficit in any way, shape or form.

And OK, as it turned out, they did not overcome it. But they came darn close.

In what has the potential to be a turning point in Wright’s brief varsity career, the junior nearly led an amazing comeback in what became a 27-14 loss. Wright completed nine of his final 21 passes for 144 yards and two touchdowns, although there were two interceptions in the final minutes that thwarted any hope.

Nonetheless, Wright showed flashes of what could be after he was thrust in the starting lineup on opening day following a season-ending injury to starter Colin Smith.

“We just went into the lockerroom at halftime, really thought about what was going on,” Wright said. “We had to take over the second half to bring back the game, and that’s what we did.

“We came out strong, I think they were surprised that we came out that fast. After I threw that first touchdown, it boosted everyone’s energy and got everyone going and I think that really turned around the game.”

The first TD was a 20-yarder to Will Laster that came courtesy of personal foul penalty on Allentown that gave Steinert an extra opportunity. Two possessions later, Wright engineered a 4-play, 50-yard drive by going 3-for-3 for 53 yards (Steinert lost 3 yards on a rushing attempt); and finding Miles Smith with a 16-yard scoring strike on the last play of the third quarter.

“I think it was just execution,” Wright said. “My head was in the game better, I wasn’t nervous, I was very calm and relaxed. I knew I had to step up for my team.”

“We made a few adjustments at halftime but I think it was just a situation that Nick was put in where we had to throw and he figured ‘I have nothing to lose,’” coach Dan Caruso said. “He did make some mistakes as evidenced by the interceptions, but his throws put us in a position to win the game.”

On Steinert’s first drive of the fourth quarter, Wright threw what looked like a go-ahead touchdown until the ball was dropped. From that point, things fell off as he was intercepted twice.

“The third quarter I felt like I did good, then I started getting ahead of myself, and started going for the big home run balls inside of driving down the field when we had time,” Wright said. “I should have paced it out a little more, took our time getting down the field instead of going for the deep ball when I didn’t have it. It was just bad reads.”

Caruso agreed with his signal caller that he may have gotten a little too greedy.

“Nick makes mistakes when he tries to force things instead of taking what the defense give him,” the coach said. “Most of his interceptions are on deeper balls when shallower routes were open. It’s a common thing for inexperienced quarterbacks and I understand why it happens. Nick was just trying to make a play and put us in a position to win a game. Against Hopewell and for most of the Allentown game he was not forcing throws but making his reads and taking what the defense gave him.”

Nonetheless, Wright did enough good things after intermission to carry into the rest of the season.

“That second half performance will help him with his confidence moving forward,” Caruso said. “It will teach him the valuable lesson that you are never really out of a game, no matter the score, and it will teach him that he and his teammates have the ability to make plays so he must trust that.”

In his overall assessment of Wright, Caruso said he did some good and bad things over the first two games, but showed significant improvement against the Bulldogs after the opener with Nottingham.

“Some of the throws he made against Hopewell were big time throws,” Caruso said. “He has a ton of ability but he is green. The more games he plays the better he will get. In the first half against Allentown he did some nice things but some of his reads were slow. I am happy with Nick’s progress.  He has to keep working hard which I know he will.”

Wright wasn’t the only second-half star against the Redbirds. The Spartans defense, which got linebacker Xavier Roman back from injury, allowed just 103 yards of total offense and forced two turnovers against one of the area’s top offensive teams. There would have been no chance for the quarterback to stage a rally had the defense not clamped down.

And although Steinert emerged with an 0-3 record, Wright feels things are on the rise as the Spartans prepare to host Notre Dame Saturday.

“I think our team has a lot of confidence going into this week’s game,” he said. “We knew Allentown was good. Everyone was doubting us, we had to overcome it and we were able to pick the positives out of that game and we held our heads high walking off that field. I think confidence is what’s gonna drive us through the rest of the season after that.

“I think the whole team feels like the season is just starting. We had a rough start but I think we can finish strong for the rest of the season and surprise a lot of people.” 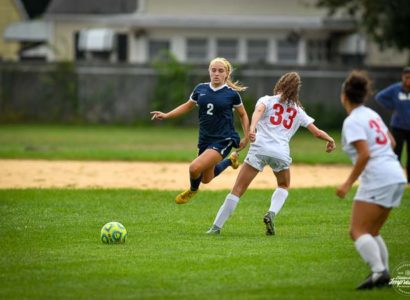 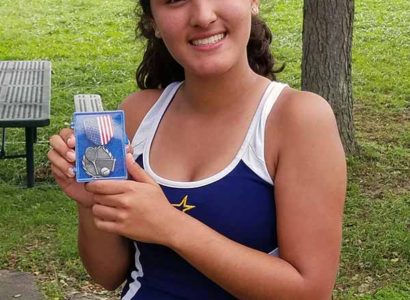