Fortunately for Steinert’s girls’ soccer program, Beth Semonik shrugged off a slow start with the sport and sprinted to an all-star high school career.

A three-year varsity letter winner, Semonik helped the Spartans go 40-2 over the 1980 and ’81 seasons as they captured state sectional titles. She received multiple all-county and all-state accolades and was named to the 1981 National Soccer Coaches Association/McDonald’s High School All-American Soccer Team. 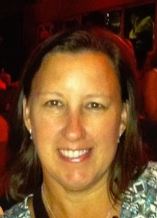 Semonik, known for the past 27 years as Beth Bruning, will be inducted into the SHS Athletic Hall of Fame during ceremonies April 1 in Hamilton.

“My brother played both recreation and travel soccer and I was always at his games,” said Semonik Bruning. “My mother asked me if I wanted to try playing in the girls’ recreation league. I started playing soccer around 4th Grade. It actually wasn’t my favorite sport in the beginning as I didn’t like it the first year and broke my foot the second season (a non-soccer related injury) and I missed the majority of the season.

“I guess the third season is when I started to like it more. My team was good and I really improved as a player thanks to my coach Patricia Caruso, and more so her husband George (the Caruso family was very involved with soccer for many years). In those days, you didn’t just show up at a tryout, you had to be invited to come to try out. I wasn’t invited to try out for the (Under-12) team and was quite disappointed. Mr. Caruso was the travel coach for the U-14 team and he said if (the U-12 team) didn’t want me, he did. So I played ‘up’ for the first and second seasons of travel soccer.”

She eventually landed on an age-appropriate team. After those first two tough seasons, all of the teams that had her on the roster appreciated her talents.

“I seem to remember always being a defender,” she said. “I guess that is where I was put starting out and just seemed to excel in that position. I was a fast sprinter and was able to chase down people which is how I landed at sweeper.”

During the 1980 season at SHS, the offense was grabbing most of the attention. Scoring 113 goals in 21 games will do that. But the Spartans allowed just 15 goals and recorded 11 shutouts and Beth Semonik had a lot to do with that. The junior back was named to the All-Mercer First Team for both major Trenton newspapers and she was second-team all-state in The Star-Ledger.

In 1981, as she helped the Spartans capture the inaugural Mercer County championship in girls’ soccer, she repeated as an all-star on the local level and moved up to first-team all-state. While

talented teammate Lisa Gmitter was putting the finishing touches on a then-state scoring record with 114 goals, Semonik was again a key to Steinert’s stingy defense, which allowed 11 goals (the lowest total recorded in the state that season). “Our defense has been super,” Coach Bob Pivovarnick said, late in the ’81 campaign. “Our co-captain, Beth Semonik, does an outstanding job. She’s been a true team leader.”

After the season was completed, Pivo also said “she’s probably the best back I’ve ever had.” Meanwhile, the Ledger noted “her ability to read the game, combined with her speed and agility that resulted in consistently outstanding defensive performances.”

In addition to thanking her parents, who “were always my biggest fans and provided endless encouragement and support throughout school and sports,” she also gave a nod to Mr. and Mrs. Caruso, who “were the first people to recognize my ability to play (and provided) the opportunity to play travel ball which helped me to be more confident in myself and my abilities both on and off the field.”

Her high school coaches, “Mr. (Ray) Fumo (freshman year) and Coach Pivovarnick, had the biggest impact in developing me as a player. Coach Pivo was instrumental in teaching the fundamentals of the game and always pushed me to be the best player I could be. He trained us to be both physically and mentally tough on the field, hence the numerous sprints and conditioning drills we did which I was thankful for once I got to college.”

She went on to play for the University of Massachusetts for two years. She won the starting sweeper position and played every game for UMass which was in the final eight for women’s soccer in 1982. UMass was in the final four in ’83. (She later transferred to Rider to pursue a degree in finance. “Rider did not have a women’s soccer team at that time or else I would have played for them,” she said.)

She had only a few regrets about her days as a Spartan. “Most of my memories from SHS are soccer related. Since we were on split sessions, I don’t recall a lot of things other than schoolwork and sports. I guess my top memory at Steinert was playing in two state championship games, although unfortunately the outcomes were losses to the same team in both (Steinert lost to Indian Hills in back-to-back years.)”

With husband Ken (who played football and baseball at SHS), Beth Bruning raised two soccer-playing daughters, who are now 20-somethings. “We have always been a soccer family,” she said. “I converted Ken into a soccer dad and he began coaching (eldest daughter) Kristen in the Micro league and we both coached the girls’ recreational teams when they were younger. I was Nicole’s travel coach for four years with the Hamilton Wildcats and was a founding member of the club when it started in 2004. We have traveled to many tournaments up and down the east coast during their many years of travel soccer.” Both daughters played soccer from U-8 to high school and Kristen, who as her mother noted “excelled as a defender!” is a JV coach at Hopewell Valley High.

Tickets for the April 1 SHS Athletic Hall of Fame dinner will not be sold at the door. Please visit steinertathletichof.com or the organization’s Facebook page to make arrangements to attend the dinner at Stone Terrace. 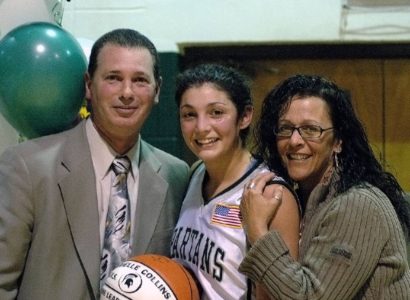 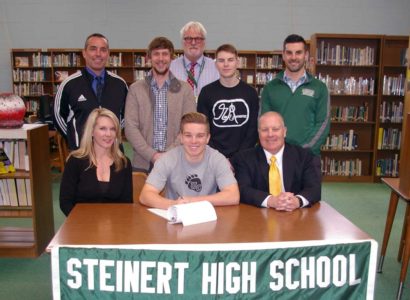