With the passing of John K. Rafferty, Hamilton lost more than just another man who served in politics as Committeeman, Assemblyman, and Mayor. It lost the visionary that shaped and molded Hamilton into the community it is today. It lost a husband, father, grandfather, family member, and friend to countless people.

The news of Rafferty’s passing quickly spread through the Hamilton community and on social media. He was 82 years old.

Jack as he was known to everyone in Hamilton served as the town’s first full time Mayor for 24 years and laid the foundation for Hamilton to become what it is today.

When you look all around Hamilton, you will see the accomplishments of his vision and hard work everywhere. Veteran’s Park, Sayen Gardens, the Hamilton Train Station, the Hamilton Area YMCA and of course the Post Office on Route 130 which bears his name.

He coined the slogan – “Safe, Clean and Beautiful” and worked everyday, even after his time in politics to ensure Hamilton lived up to that motto.

After his time as Mayor, he worked in the private sector and then as the Executive Director of the Hamilton Partnership, which became a leading business advocacy group under his guidance as Mayor.

He was a member of the Hamilton Area YMCA Board of Directors and served as a past chairman.

Below is a video tribute from the Hamilton Area YMCA

But above all his accomplishments which are too many to list, it was his persona and love of people that he will be most remembered for.

He had a larger-than-life presence, that could electrify a crowd when he walked in a room or bring them to tears of laughter with his quick wit and humor.

It always amazed me that he seemed to “know” everyone that he conversed with and I don’t mean “know of them”, I mean he knew all about them, their families, and their backstories. He knew because he cared about the people and took the time to listen.

He served as a role model and mentor to many, including me.

The statements and sentiments about Jack were all a fitting tribute to his legacy, but I think former Mayor Glen Gilmore, who succeeded Jack as Mayor in 2000 had one of the most prolific summarizations – “He always cared about people more than politics – which is what we could use more of now.”

Thanks to John “Jack” Rafferty Hamilton is what it is and only Hamiltonians understand that no matter if you are a lifelong resident or just moved here a week ago.

Statements and Tributes on the Passing of John K. Rafferty

Yesterday, Hamilton Township, Mercer County, and the State of New Jersey lost one of the greats, John K. Rafferty.  Jack Rafferty, as everyone knew him, was a well-respected man who dedicated 24 years of his life as Hamilton Township’s first full-time Mayor.  Prior to his time as Mayor, Jack served six years on what was then the Hamilton Township Committee (now Council).  Jack’s love of public service did not end there, as he also served one term in the New Jersey General Assembly.

Jack’s tenure as Mayor saw Hamilton Township become one of New Jersey’s largest municipalities.  Under his stewardship Hamilton Township welcomed Hamilton Hospital (now RWJ Hamilton), the Hamilton Train Station, and the development of Veterans Park.  Jack will forever leave his mark on Hamilton Township as Hamilton’s main post office on Route 130 and the YMCA facility on Whitehorse-Mercerville Road each bear his name.

Jack continued to give back to Hamilton Township after retiring from his position as Mayor – serving as the Executive Director of the Hamilton Partnership and remaining active in the New Jersey Republican Party where he served on the New Jersey Republican State Committee.  A mentor to many and a friend to all, Jack’s legacy will live on through his children and grandchildren as well as all those who had the pleasure of knowing him.

“As Mayor of Hamilton Township and on behalf of our entire community, I wish to express my deepest sympathies and condolences to his wife Doris and the entire Rafferty Family during this very difficult time,” said Mayor Jeff Martin. “I trust his family, friends, and loved ones will find solace in knowing Jack’s many years of dedicated service to our community will live on in Hamilton Township, Mercer County and New Jersey for eternity.”

Former Mayor Kelly Yaede commented, “Hamilton Township lost a truly good man, a dedicated public servant who loved his family and his community.  He led a growing town into a thriving community during his tenure. He was beloved by residents regardless of party affiliation; a true leader who put the needs of residents first. The collective sadness realized today in Hamilton with the passing of Mayor Jack is palpable.”

In remembering Jack Rafferty, former Mayor John F. Bencivengo stated, “Mayor Jack Rafferty, his name and his life will never be forgotten. We lost our shining star, a friend to all, a great public servant, a family man, and our mayor for more than two generations. Once a mayor, always a mayor. To me, he was my mentor, friend, and a blessing in my life. Hamilton will forever be in his debt. He turned a place into a township, a township into a strong community of families, parks, schools, and thriving businesses – “Safe, Clean and Beautiful.” We shall miss him; I will miss him. My thoughts and prayers are with his family.”

Former Mayor Glen Gilmore expressed his condolences, stating, “Mayor Rafferty’s legacy of leadership will forever loom large over Hamilton.  He always cared about people more than politics – which is what we could use more of now.  He was always a friend to me and I will miss his smile.”

“Mayor Rafferty left an indelible mark on Hamilton Township.  We can all learn from his example and strive to be more like Jack,” said Mayor Martin.

“Jack Rafferty was not only a giant among men in the political arena, he was a husband, a father, a mentor and a friend. Jack was the mayor I always wanted to be. He was a larger-than-life personality who garnered the respect of his friends, as well as his opponents on each side of the political aisle. I was extremely fortunate that he took me under his wing very early in my career and was always there to lend advice, or a helping hand at any hour of the day or night. My deepest condolences and those of my entire Administration and Township Council go out to his family and many friends. Jack was a true legend, and he will be greatly missed.”

Jack Rafferty was an extraordinary leader—a visionary and doer of great deeds—especially for the people of Hamilton Township.  He was smart, tenacious, selfless and had a sense of humor that always brought a smile to anyone he met. He was kind and caring—and had a great big heart.

As the can-do mayor, Jack made Hamilton a great place to live and improved the quality of life for all. All Hamiltonians were his priority. I was privileged to work with Jack on many projects including establishing the Hamilton train station and securing Hamilton’s postal identity.

Like a great quarterback, he knew how to effectively lead the Rafferty team of dedicated professionals.

He and first lady Doris made all of us Hamiltonians proud.

My wife Marie and I considered Jack a good friend who lent his political expertise to many of my campaigns. We mourn Jack’s passing but celebrate a life that has made all the difference in the world. Rest in peace, our friend.

I knew Jack Rafferty for many years, and while we often stood opposite each other, Jack never hesitated to reach across the aisle. Jack was a dedicated public servant who inspired a generation of others to follow his lead. Hamilton Township has lost a dedicated civic leader, gentleman and friend, and my thoughts are with the Rafferty family.

Statement from the Mercer County Board of County Commissioners

The Mercer County Board of County Commissioners is saddened to learn of the passing of Hamilton Townships’ first elected Mayor, John K. Rafferty. Mayor Rafferty was a devoted public servant. His name is, was, and will continue to be synonymous with Hamilton Township due to his tireless work for the community.We are so deeply grateful for his service to our County. We extend our sympathies to his family and to all those who loved and admired him.

“Jack Rafferty was the only mayor a whole generation of Hamilton residents ever knew. His witty sense of humor, warm-hearted nature and tremendous pride in his town made him a true man of the people. He will be remembered as Hamilton first ‘full-time’ mayor, redefining the role for his successors, and never swaying from his firm commitment to bettering his community,” said Greenstein, DeAngelo and Benson.

Today, a big part of the heart and soul of Hamilton – my hometown – is gone. Perhaps no person since our namesake Alexander Hamilton has done more to make our town what it is today than our Mayor Jack Rafferty.I have known Mayor Rafferty my whole life. I remember him in my living room at a meeting of our neighborhood association; he came to our little block parties, our school assemblies, our soccer league openings. He was there when my Mom died – and he performed the wedding when my Dad married my stepmom. Everyone in Hamilton knew him – because he knew us. He made our town the perfect place to grow up. Today, because we have lost Jack Rafferty, our town is a little less perfect.It seems we are losing Hamilton’s greatest generation. Jack Lacy, Jack Zoller, Franny McManimon, Maury Perilli, Paul Kramer, and now our Mayor Jack Rafferty. All of us in politics follow in their footsteps and can only hope to do a fraction of the works they did.Mayor Rafferty loved the theatre. In the hit musical Hamilton – our towns namesake – the last line sang by all the cast is, “Who tells your story?” Mayor Rafferty, we will tell your story. A story that takes us to Sayen Gardens and Veterans Park; to a library we never had, parks we could only imagine; a police station that helps keep us safe; and the fact that we can use “Hamilton” on our mail. There are thousands of stories we will tell – because you made our town.Jack Rafferty, Rest in Peace. Or in his beloved Irish, Seán Ó Rabhartaigh, Ar dheis dé go raibh a anam. 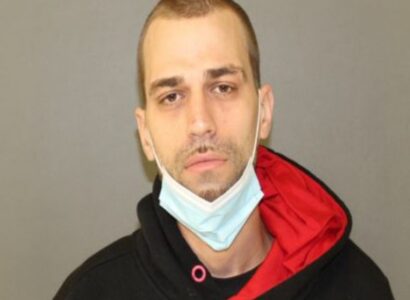 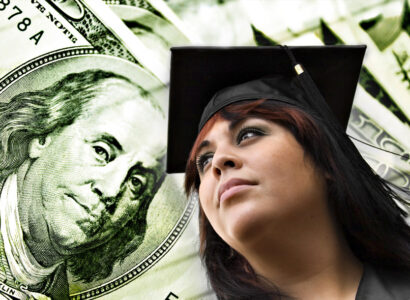