It wasn’t what he’d call love at first cycling.

But if the sport has taught avid bicyclist Phil Pratico Jr. anything, it’s the power of persistence.

“The first time I went out, I hated it,” Pratico said of his initial two-wheeled, off-road venture. “The second time, it wasn’t so bad. I went out a couple more times and I fell in love with it.”

What began as a fun-loving hobby with friends, evolved into regular competitions and more recently, a feat of philanthropy.

A few years back, while en route to the “Multiple Sclerosis City-to-Shore Ride,” it suddenly dawned on Pratico, “Why do we have to go all the way out here to ride?”

From that simple query, “Riders for a Cause” was born.

In its third year, this Hamilton-based nonprofit has certainly lived up to its adopted moniker, “local riders, cancer fighters,” through a series of races and benefits.

Within that short timeframe, thousands have been raised by the group and donated to oncology departments at both Robert Wood Johnson University Hospital at Hamilton and Capital Health Medical Center in Hopewell.

“Half of the people involved have cancer or have lost someone to cancer,” revealed Pratico, who sits as the nonprofit’s current chairman. “We find there are more people affected by cancer than anything else.”

By “people,” Pratico is referring to the 50-some-odd board members and volunteers, who make up the ranks of his organization.

Many of the riders, amounting to 137 in 2016, have also been touched by the disease, which claimed more than a half million American lives last year alone, according to the American Cancer Society’s latest data.

As of 2016, the “Black Tie Tour,” commenced and ended in Hopewell, dividing riders into two primary subsets, Pratico explains.

For those challenge seekers, one leg of the race pits riders against a 50-mile trek and a 3,500-foot hike in altitude. The other segment, geared toward the more novice rider, spans 25 miles and climbs approximately 1,400 feet.

He credits some of the increased support to the sport gaining more traction among enthusiasts and thereby, a broader fan base.

“Before you used to see everyone running, but it’s bad for the knees,” he said. “Biking has much less impact on your body.”

That’s not to say that cyclists don’t take on substantial risks.

“It’s the most dangerous sport in the world,” Pratico said. “It has more deaths than any other sport in a year. I’m always keeping an eye out for cars and potholes.”

But for Pratico, and any number of his fellow cause-riders, who typically bike between 100 and 200 miles per week, the drive to get behind the handlebars far outweighs the fear.

“It’s an addiction,” he said. “I love bike riding and I love the exercise.”

The organization’s next fundraiser, Uplifting Hopes Gala, is scheduled for Oct. 1 at The Stone Terrace by John Henry’s, 2275 Kuser Road. 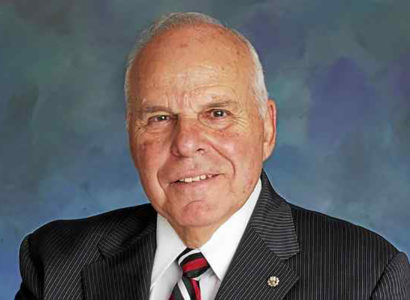 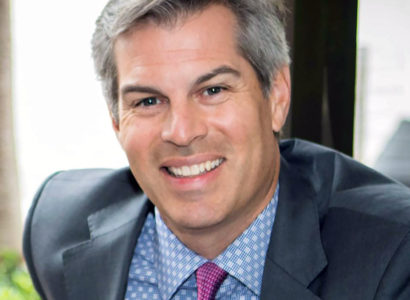 DAY IN THE LIFE OF Jim Schulz: A Love of Service, Family and Skiing. Features