A Day in the Life of Jeannine Cimino: Mother, Career Woman, Charitable Powerhouse

As a Hamilton transplant and the wife of a prominent local politician, Jeanine Cimino has made a name for herself as an integral part of charities, causes and boards that shape Mercer County for the better.

Driven by an unrivaled work ethic, Cimino has an insatiable need to improve her little corner of the world.

The 45-year-old Brooklyn native, daughter of a New York City Police Officer, joined the working masses as far back as high school.

“I worked at a very young age,” Cimino said.  “I used to dance and then worked at the dance school to pay for my lessons.”

Towards the tail end of high school, Cimino’s uncle helped her get her foot in the door at a commodity’s firm in the city, where she took on a part-time role after school.

“It grew into me crunching numbers and working with the commodity brokers,” she said of her time at Tudor Investment Corporation. “I learned so much more there than I did in school.”

While at Brooklyn College, Cimino earned her bachelor’s degree by double majoring in marketing and business management and finance.

When Tudor announced it would be uprooting its operation to Connecticut, Cimino opted to sign on with Paine Webber, now UBS, running the resource desk.

The company’s extensive traveling schedule and a fast-paced industry caught and kept her attention.

“It was in Weehawken,” Cimino said.  “I was living in Brooklyn, so I’d take a bus to a train, a train to a bus and then to a boat.”

That’s about the time when her path first crossed with her coworker-turned-husband, John Cimino, a Hamilton native who, in recent years, has scaled the political ranks as a Mercer County Freeholder.

But it would be years before she finally took her former colleague, John Cimino, up on his offer to have lunch.

Within two months of that inaugural date, the happy pair announced their engagement and in 2005, Jeannine Cimino changed her residency to “America’s Favorite Hometown.”

“Living in Manhattan was fun, but only for a couple of years,” she said.  “In Hamilton, I remember going with John to Chamber meetings and political meetings. Now fast forward, I feel like I have a great network and I kind of rebuilt my life here.” 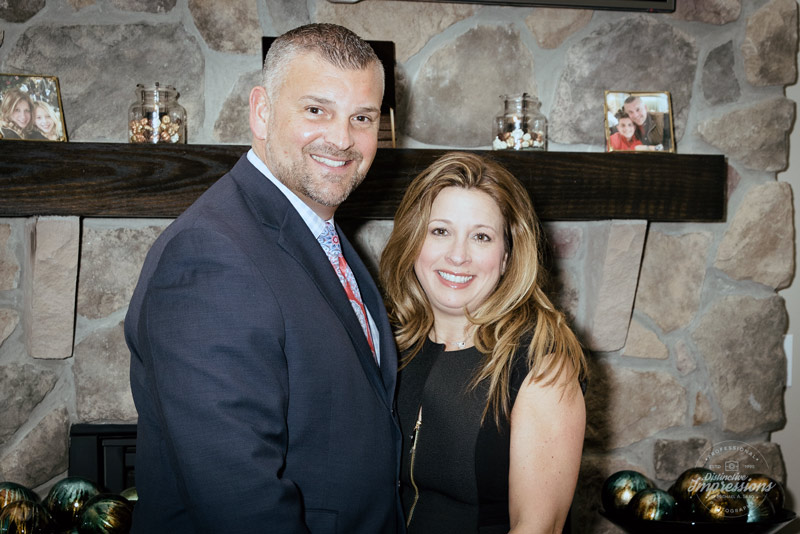 Eleven years of marriage and two children later, the Ciminos have become a local power couple with Jeannine leaving her own mark on a circuit of area nonprofits, as well as the banking industry.

“It’s really a busy and exciting time for us,” Jeannine Cimino said.

Her evenings, on the other hand, are a bit more of a juggling act.

Raising two children, 9-year-old A.J. and 7-year-old Emma, has her shuffling from sporting venues to Girl Scout meetings to dance practices, aside from the more mundane daily routines, like getting dinner on the table.

Add in the lengthy list of foundations that have come to rely on her networking, coordinating and fundraising capabilities, and it’s no wonder Jeannine Cimino has been deemed a powerhouse by community leaders.

“I initially got involved with Robert Wood Johnson (at Hamilton Foundation),” she said.  “John suggested joining the gala committee and putting on the silent auction.  I can’t believe I started there, but that’s where it all began.”

Since those early days, her presence has been pivotal on a number of boards, including Big Brothers Big Sisters of Mercer County, the Parent Teacher Association’s of St. Gregory the Great Academy in Hamilton, the Hamilton Area YMCA, the MIDJersey Chamber of Commerce and Ryan’s Quest, just to name a few.

“I feel very proud in knowing that I knew no one but John and his family when I moved here; and now, I have a tremendous amount of people in my life that are good friends and so supportive,” Jeannine Cimino said.

With John Cimino’s election season fast approaching, Jeannine is once again, poised to jump any hurtle the campaign trail might present her with.

“We’re very busy, and we’re supporting him in the hours that we have left,” she said. 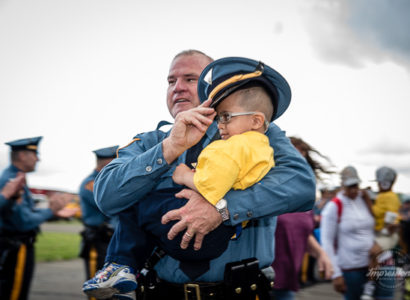 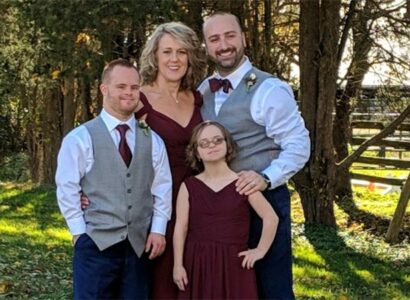