The 1996 SHS girls’ soccer team coached by Joe Moffo – which is also being inducted during the April 13th Steinert Athletic Hall of Fame ceromony.

Versatile coach to be inducted into Steinert Hall of Fame

His memories of his time at Steinert High School run the gamut from highest highs to lowest lows.

Joe Moffo lost every member of the household he grew up in before he was 30 years old.

“All my family had passed away when I was teaching at Steinert … and I almost left teaching, if it wasn’t for all the help I was given from the administration, faculty and staff (I would have.)

“I was only 24 years old when my brother died, and both my father and mother were hospitalized at the time. I had a lot to deal with as a 24-year-old, and the people at Steinert were wonderful.

“My brother Gus worked in the auto body business (like their father) until his death in 1977. Three months later, my mother died of cancer, and my father died a week before (Joe’s oldest son) Michael was born.”

His fellow Spartans helped him get through those tough times and Moffo went on to complete a 39-year career as a teacher and he also coached a variety of sports at SHS.

He will be inducted into the Steinert Athletic Hall of Fame during April 13 ceremonies at The Stone Terrace by John Henry’s.

Perhaps best known as the varsity girls’ soccer coach who amassed nearly 200 wins, and led his team to a state sectional championship in 1996, Moffo also contributed to the success of the wrestling, softball and girls’ track & field programs at SHS.

Over a 20-year span, he was involved with either the varsity or the JV girls’ soccer teams. Meanwhile, he also coached wrestling “on and off for 25 years at all three levels.” He also logged five years as the freshman softball coach and four years as either an assistant or the varsity girls’ track coach.

“I have had the privilege of coaching some incredible student-athletes, both boys and girls … I have watched girls turn into women and boys into men,” he said.

“Watching young people develop and grow is one of the most rewarding experiences of being a teacher and a coach.”

He also credits someone else for his extensive coaching resume.

“(My wife) Barb knew how much I loved coaching and without her support all those years I could have never been so involved with sports,” Joe said.

The Moffo children turned out better than okay anyway (he says Barb gets all the credit). Michael was involved with soccer, wrestling and golf at SHS where he was also 1998 Senior Class President. Christopher (SHS Class of 2000) graduated in the Top 10 and was involved in student government (four-year class president) and every school show as well as soccer and tennis. Both of the Moffo kids were the Spartan mascot and also received Scholar-Athlete honors. They each run a consulting business, Michael’s is in Edinburgh, Scotland, and Christopher’s is in Chicago.

Since June of 2015, Joe and Barb also live in Scotland. “When they (Michael and his partner Carina Svensen) told us we were going to be grandparents we were thrilled,” Moffo said. “But we were not prepared for them to ask us to come to Scotland and help raise Alexander. After a year making plans and selling our home in Hamilton, we went to Scotland to be Pop Pop and Grandma. We have not regretted a day, it was a big decision, but we have been here since Alexander started walking, playing soccer (appropriately enough with the Spartan Football Club), swimming and skiing (his mom skied with the Junior Olympic team for Norway). We even bought a dog and her name is Molly and we share her with Alexander, he loves dogs. Having this relationship with Alexander has been well worth all the work it was to get here.”

Moffo was never afraid of hard work and he understood the value of working toward a goal, especially at the high-school level.

He credits Dewey Bookholdt for helping him reach a couple of milestones.

“I went to the University of Dayton (Ohio) and that was thanks to my mother who always wanted me to be the first in our family to go to college,” Moffo said. “I would have never gotten to college without the help of my Guidance Counselor Dewey Bookholdt.”

Joe received his teaching degree in 1975 and on the advice of his high school teachers, he reached out to Bookholdt, who had moved on to be an administrator and Board of Education member in Hamilton.

In addition to continuing his education, Moffo met his future wife at Dayton. Barb was an elementary, basic skills and Title I teacher in Hamilton Township for more than 30 years. The Moffos have been married more than 40 years.

“I became a teacher to give back what teachers gave me, for when I was growing up, my home life was very difficult and if it wasn’t for teachers and my mother, I would’ve never been a teacher,” he said. “I have so much gratitude first and foremost for my family and my few close friends. We all have our personal struggles and I surely have had mine, but I have always been proud to have taught and coached and, simply, I tried to make athletes better people.”

He describes the ’96 SHS girls’ soccer team – which is also being inducted during the April 13th ceremonies – as “an unselfish group of girls who would play whatever position was necessary. They had great (team) leadership which is something you must have to be successful. We also had good support from parents — looking back, I realize how important that is for a team’s success.”

“Moffo was a coach that valued tradition,” said Kristin Voorhees Jacobs. “He took the groundwork that Pivo (Hall of Fame coach Bob Pivovarnick) laid, and continued it. He always wanted to make sure you knew about who played before you, the importance and privilege of being a part of the Steinert Girls Soccer Program and understanding, really that you play for the name on the front of the jersey. Steinert has such a rich tradition of soccer, we all just wanted to live up to what our predecessors had done before. Our goal was always to be out there practicing while the geese were flying overhead. He would often talk to us about lessons one can learn from the geese.”

Pivo and others at Steinert, including Moffo, kept the Spartans in line and in the forefront of sports for girls.

“I have always promoted and supported women’s sports,” Moffo said. “I have had the pleasure of working with two amazing women coaches in Jean Philpet and Jean Ruppert and both helped me immensely to understand the subtle differences in coaching women’s sports. When I was head coach, we were the first school in Hamilton Township to have a freshman girls’ soccer team … I was Central Jersey Rep for N.J. Girls Soccer Association and Mercer County Girls Soccer Association, always trying to get more recognition and opportunities for girls in soccer.”

“He had passion; passion for the game of soccer, passion to coach it the way he truly believed it should be played even if it was different than what others thought,” Jacobs said. “He was systematic and put a strong emphasis on defense. In our run to the Central Jersey Group 3 title, we outscored our opponents 7-0. He would emphatically yell after a goal was scored ‘NO LETDOWNS!’ Our focus was always the first 2 minutes after we scored for our defense to tighten up.”

Moffo was named CVC Coach of the Year and Meg Napolitano was an all-conference defender in ’96. Also receiving all-star recognition were Lisa Bucchino and Lisa Gentilella, who were named second-team backs and Jamie Acheson (back) and goalie Kristin Voorhees were third-team selections. Kristin Aspromonti was CVC honorable-mention and, along with Voorhees, was named on the Mercer 33 Team.

For additional information, including how to attend the dinner, visit the HOF website (steinertathletichof.com) and the group’s Facebook page. 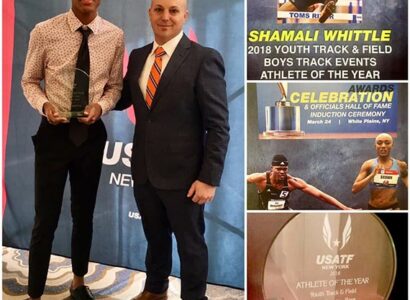 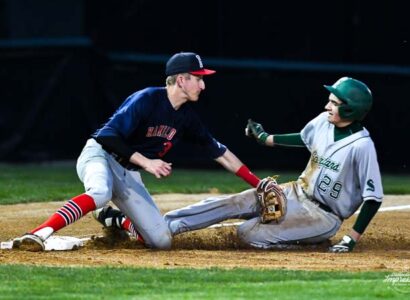