George Caruso works against a defender in his days at Steinert. How many famous faces can you find in this photo?

The Steinert High School soccer programs owe a debt of gratitude to the Sunnybrae Little League. 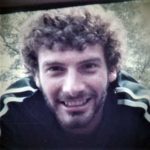 “I played baseball at Sunnybrae Little League, and my baseball friends talked me into playing soccer at Hamilton Recreation Soccer League,” said George Caruso, the former Steinert High and University of Delaware standout. “I was 9 years old when I started playing and was the default goalie due to my lack of foot skills.”

All of his soccer skills would dramatically improve to the point where he earned all-star recognition and helped the Spartans to a state championship in 1973. In addition to inspiration from his wise Little League mates, Caruso’s family also became heavily involved in the beautiful game.

“I guess I was more defensive-minded from that point on (starting out as a goalie) and migrated from outside fullbacks to stopper and then sweeper fullback as my footwork improved,” he said. “In addition, I was more of a sprinter and could run down many breakaway offensive players. My halfback teammates worked too hard with too much running. Not my cup of tea.”

Caruso, who will be inducted into the Steinert Athletic Hall of Fame during ceremonies April 14 at Stone Terrace, had found his niche.

He continued to dabble in baseball for a few more years after Little League, but clearly, he had made his decision. 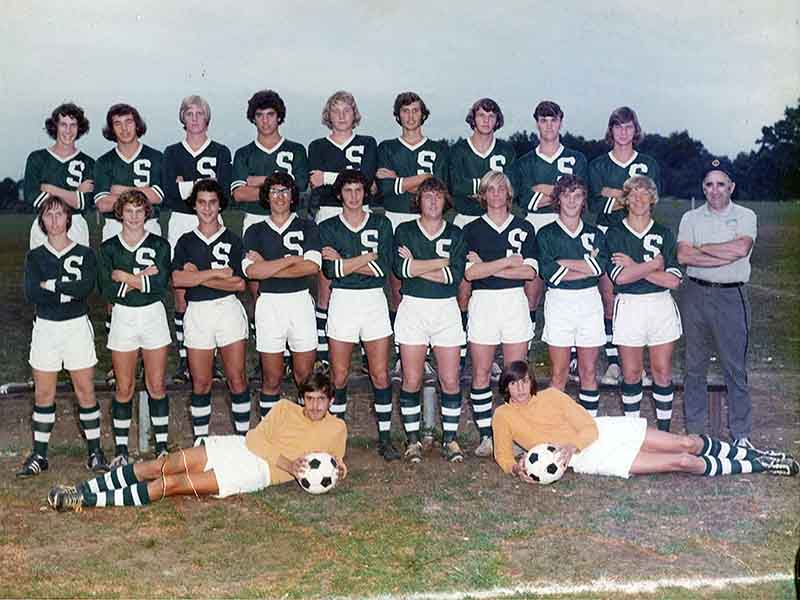 “I played baseball as a first baseman through Babe Ruth level,” he said. “However, most of my energy was applied to soccer through camp attendance and constant year-round team play. Hamilton soccer was renowned throughout the nation, although at the time and as a teenager, you just played the game the best you could. The Hamilton Township soccer connection payed off skill-wise when many of us headed off to college, and that is where you realized how prepared you were.” 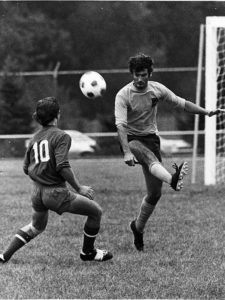 George Caruso also excelled at the University of Delaware, culminating with an All-America nod as a senior.

Caruso was extremely well-prepared to play at Delaware. He was a three-time East Coast Conference selection, earned all-region honors four consecutive years and received All-America recognition as a senior.

However, it is the memories of wearing the Green & White that have burned the brightest in his memory.

“The 1973 SHS boys’ soccer team has to be one of my most memorable seasons, with a 20-0-1 record and the opportunity to play as a junior with some of the area’s most talented soccer players was surreal,” he said. “What a journey! The overall opportunity to play SHS varsity for three years, competing with great players for a spot on the field, or even minutes of playing time each game, prepared me for future challenges in my personal life and work career.”

He also treasures his time in the rec league and with club soccer.

“The Hamilton Recreation teams helped build sportsmanship, as a defender you developed a respect for the referees, and congratulations from teammates and fellow competitors after hard-fought game meant the world to me,” Caruso said.

His reputation was also solidified through his excellent play in club soccer including for prestigious groups such as Post 313 (for which he was voted Top Sportsman by his peers) and the German American Kickers.

His toughness was especially appreciated by SHS Hall of Fame coach Paul Tessein.

“He’s been a super performer all year, our No. 1 defender,” said Tessein, after Caruso was named the N.J. Soccer Coaches All-State fullback in 1974. “George was one of the most consistent performers I’ve ever seen. He’s just a tough competitor.”

“He’s probably the one guy opponents felt they had the most problem maneuvering around,” Tessein said.

His tough-as-nails persona was reinforced after an injury.

“Talk about desire,” Tessein continued. “I recall George suffering a severe hip injury in the St. Anthony game and I felt he’d be out for some time. He had to be helped into a car to go to the hospital. He came up to me the next day, on crutches, and said if I needed him to play, he’d suit up. That typifies his attitude toward the game.”

Caruso’s response to that situation: “I just didn’t want to let the team down.” 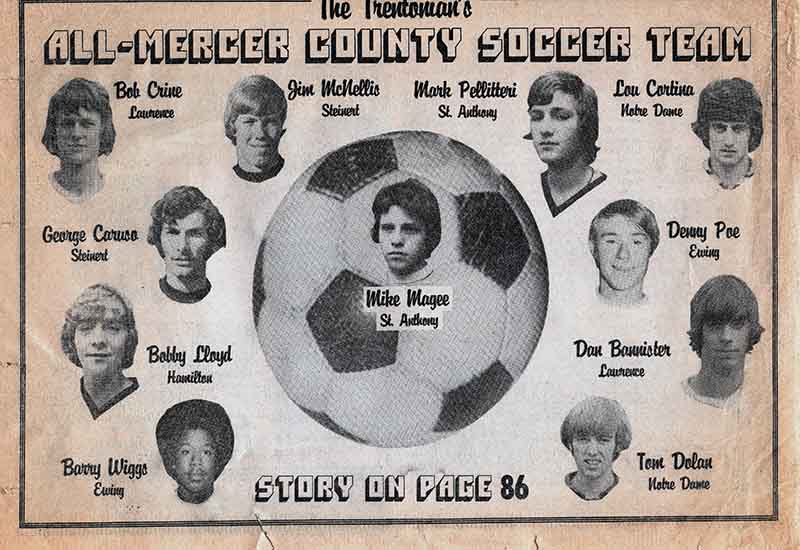 20 – Lots of great faces, here, too, including another Spartan …

“George was the type of teammate everyone would want,” said SHS Hall of Famer Art Napolitano. “He came in as an underclassman on a team with big names like Jim McKeown, Terry Smith, Jim Fink, Henry Picatagi, Ed Kerner and many more. George was a quiet guy, but when it came to stopping an opponent’s attack he didn’t leave any survivors. George was instrumental in our ‘73 Group IV State championship team.”

He married his high school sweetheart and has a terrific family and a rewarding career.

“I am married 36 years to 1975 SHS classmate Carol Fityere Caruso, with a wonderful family, Robert Caruso and his wife Lauren, Caralyn Trimmer and husband Joel, and Danielle Caruso,” he said. “After 35 years of service I recently retired from New Jersey Department of Transportation, as a project engineer with landscape architecture on highway construction projects throughout the state, and I am currently employed by Gannett Fleming Construction Services on highway construction projects.”

Although he doesn’t specifically list soccer, he does have an impressive list of hobbies and activities. “I enjoy the outdoors, gardening, carpentry and enjoy assisting others with challenging projects or tasks,” Caruso said.

Well, that sort of invokes his experiences with soccer – especially being outdoors and assisting others with challenging projects or tasks. And, he also bloomed and carved a niche for himself.

For more information about the Steinert Athletic Hall of Fame dinner, visit the group’s website at steinertathletichof.com. 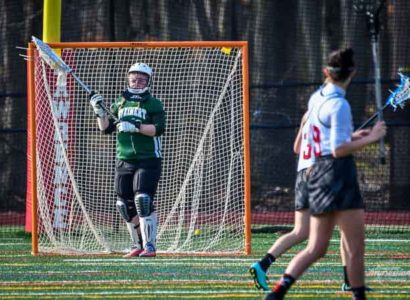 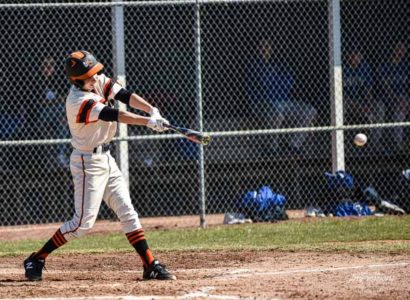