Jeannine Cimino and her professional dance partner Juan Ramirez practice their routine at the Dazzle dress rehearsal at Fred Astaire Dance School in Princeton.  Photo by Michael A. Sabo

Many throughout Hamilton know Jeannine Cimino as the Senior Vice President at Berkshire Bank, or the Chairwoman of the Mid Jersey Chamber of Commerce, or the incoming PTA President at St. Gregory the Great School, or the Chairwoman of the Board for Ryans Quest; however, most know her as a loving mom, wife and dedicated member of Hamilton.  But what you may not know is she has the moves like Jagger!

Cimino, along with Carol Golden (Attorney & Community Activist), Tom Sullivan (Princeton Partners, CEO), and Jeffrey M. Vega (President & CEO, Princeton Area Community Foundation) are competing in the Young Audiences’ version of a “Dancing With The Stars” Competition known as “Dazzle” which is a yearly gala fundraiser that raises funds to support the Arts.

Dazzle is modeled after the reality television program “Dancing with the Stars” and will feature local community leaders as the “Stars.” Each dancer teams up with a professional from Fred Astaire Dance Studio in Princeton where they take lessons for 3 months to prepare for their Dazzle debut and compete for votes to win the coveted YA Disco Ball Trophy.

“I work hard to set a good example for my children by making it a priority to give back to my community and support causes that I care deeply about. I feel very lucky that I was able to take dance lessons throughout my childhood and I am looking forward to putting my dance shoes back on to support Young Audiences so ALL children can experience the arts,” said Jeannine Cimino. 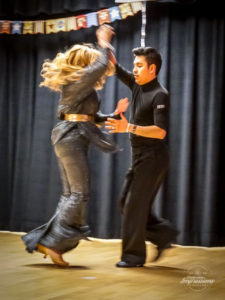 She is partnered with Juan Ramirez, a professional dancer, and teacher at the Fred Astaire Dance School in Princeton.

Cimino has been the recipient of countless awards for her dedication to the community, like being recognized as a Woman of Distinction by the Girl Scouts of Central and Southern New Jersey and the Young Professional of the Year by Robert Wood Johnson University Hospital at Hamilton in 2011, but winning this Award would come by way of pure dedication, hundreds of hours of practice and people contributing by purchasing votes for $10 a piece to benefit Young Audiences on her behalf.

Check out a sneak peek of Jeannine Cimino and Juan Ramirez  at a behind the look scene as they prepare to strut their stuff their stuff on the floor in the video below:

“Dazzle is truly a feel-good event, and we hope that anyone who feels passionately about the arts and children will join us for a great evening,” shared Michele Russo, President & CEO of Young Audiences. “Not only will people have a terrific time, they’ll leave knowing that they’ve helped to bring much-needed arts programming to children across the region.”

Individual tickets start at $250 and are inclusive of cocktails and dinner. Safari raffle tickets are $100 each and only 300 tickets are available.

Those who can’t attend can still vote for their favorite dancer at $10 per vote to help earn the coveted YA Disco Ball Trophy. 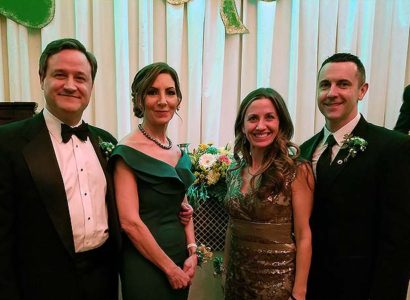 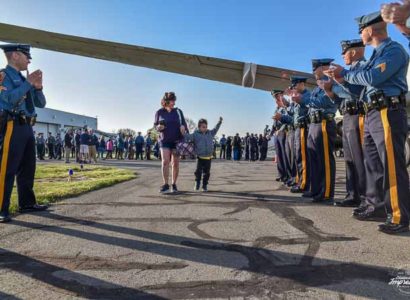